Kyrgyzstan in a Camper Part 2 - The High Road to China

Posted by wakeyjamie on August 30, 2018
So we left the relative low lands of Lake Issyk-Kul, lying at an altitude of around 1,600m and headed south towards Naryn and the Dolon Pass at over 3,100m and onto the ancient site of Tash Rabat. 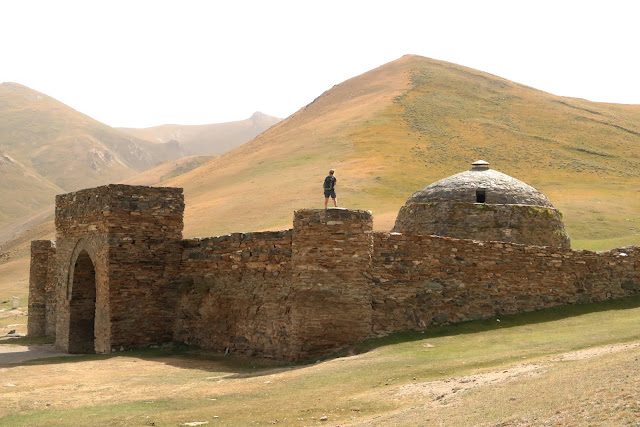 But first we needed to find some diesel. We had been told that some of the petrol stations in Kyrgyzstan sell very bad quality diesel and that it will mess up your engine. A friendly Dutch man said that there are really only two that you can trust; Gazprom and Red Petrol. A quick bit of Googling and we could see that there was a Gazprom in Naryn, but with our petrol gauge reading only 300km we wondered if we would make it. Especially as we started seriously climbing over the pass… The gauge kept on dropping and dropping. When we finally got to Naryn, it didn’t exist! Bloody Google maps letting us down! Luckily we did find one a bit further up the road.


So onto Tash-Rabat, a place shrouded in mystery. Some archeologists say it was a caravanserai - the first “service station” or trading stopover post on the old silk road. But we met a lovely man there who was a professor of geology at Bishkek university who argued that it was in fact a 10th century monastery. Who to believe… Maybe it was both - first a monastery and then became a welcoming place for tired traders and travellers on the exotic route. All I do know is that it was a pretty special place. 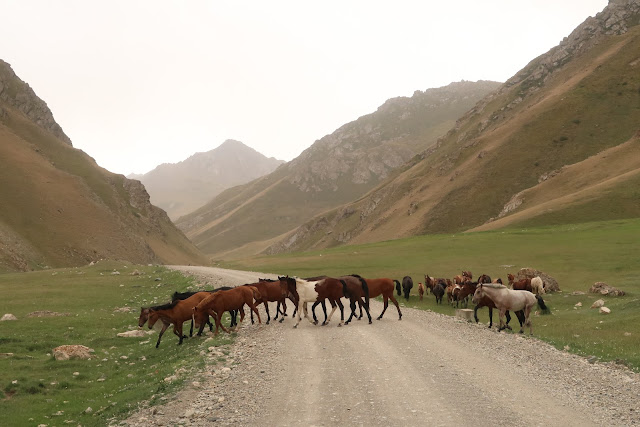 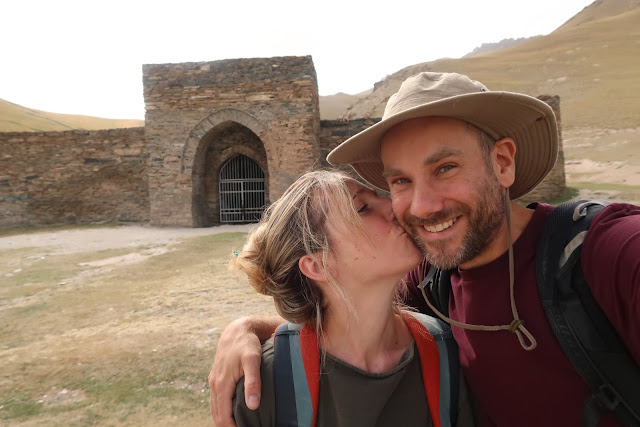 The track off the main road was unbelievably corrugated and was shaking the van to pieces, so we found a little spot next to some yurts, laced up our hiking boots and set off on foot. After an hour and a half of brisk walking, the ancient site came into view, sunk into the hillside of a narrow shepherd’s valley. We sat and had a spot of lunch watching a group of kids clambering on the old walls, before paying a weather-beaten friendly lady and venturing in ourselves. 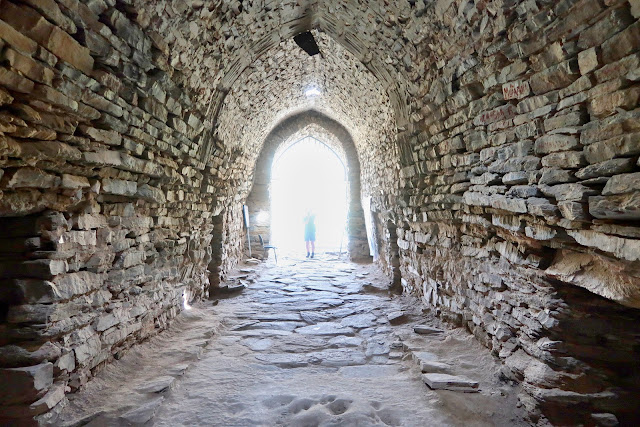 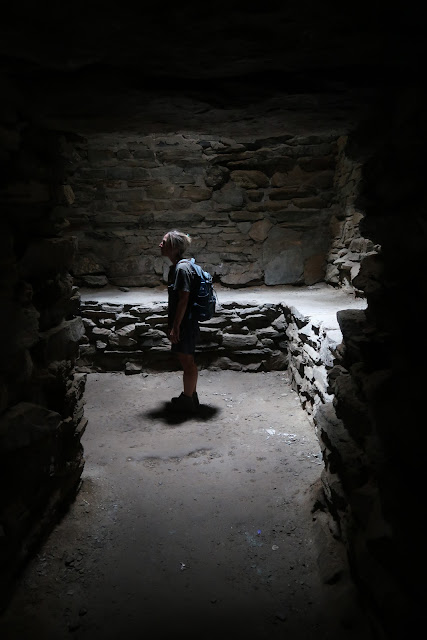 Back on the main road and thanks to some mega Chinese investment, it’s all smooth black asphalt all the way to Osh... That is apart from the road we decide to take across to the west of Kyrgyzstan. According to our paper map, Google Maps and Maps.me, the road that links Kochkor and Suusamyr is one of the main highways of the country. We had also read on the internet that this was brand new Chinese asphalt. Oh how wrong were we, so so wrong! It started badly. And we thought, very naively, that it would get better… But bad got worse, and descended into a potholed nightmare with barely any of the old soviet tarmac showing. A few more kilometres along, we were just driving on a rocky, dusty mountain track. It was slow going, and we had nearly 220km to cover. But once you’re committed, you just gotta keep going.

The first day we covered about 110km, and by the time we found somewhere away from the plumes of dust to camp it was getting on for 10pm. We had showers, cooked and tried to de-stress from the day’s drive by watching a bit of TV on the laptop. (We’re currently into ‘The Night Of’ which is an american HBO remake of the BBC series Criminal Justice’, Its very very good)

We had been seeing many western cyclists all day going in the opposite direction to us. We didn’t realise until late that evening that they were all part of a crazy endurance race. That night, after I just nipped out for a wee, I saw a lone female cyclist and shouted ‘hi’ to her. She stopped and asked if we were from the area - it was very dark indeed! Hillary, as it turned out was taking part in this crazy race, which covers an eye watering 1,700km distance with over 28,000m of total climbing. What a nutter. Anyway, Hillary from Colorado, was lost, had no food and was about 30km from where the rest of her group were meant to be staying. So we offered her a little patch of grass in between our van and the river, took her in and gave her some roast-veg-and-kidney-bean-leftovers, gave her copious amounts of peppermint tea and talked about our shared love of podcasts, cycling and travelling. The next morning she had gone well before we got up, so we never really had the chance to say good luck or bye, well we hope you managed to catch up with the rest of your group and finished the race ok.

Well, our time in Kyrgyzstan was coming to an end there was one last bit we desperately wanted to see, The Alay Valley is the kind of place lovers of high mountains and plateaus dream about. Tiny dusty villages, scatterings of Summer yurt communities accompanied with massive snow-capped peaks forming the southern border, and a crossroads between Kyrgyzstan, China and Tajikistan. It really does feel like a long way from Wakefield.

The valley, which in some parts is up to 30km wide, is probably one of the most amazing views I have ever seen. The road south from Osh crosses the Taldyk pass at 3,615m before dropping down to the main village of Sary-Tash. A village that really does have the ‘village at the end of the world’ feel. 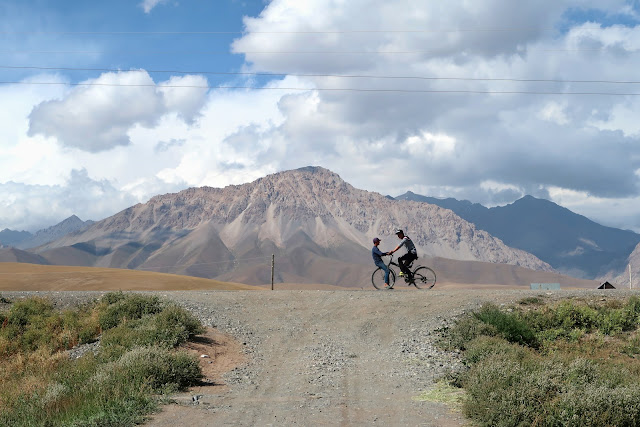 We made the valley home for the next four nights, finding some truly remote and wonderful camping spots. Our only company was the occasional herders moving their sheep, goats and cows to lower pastures for the winter. 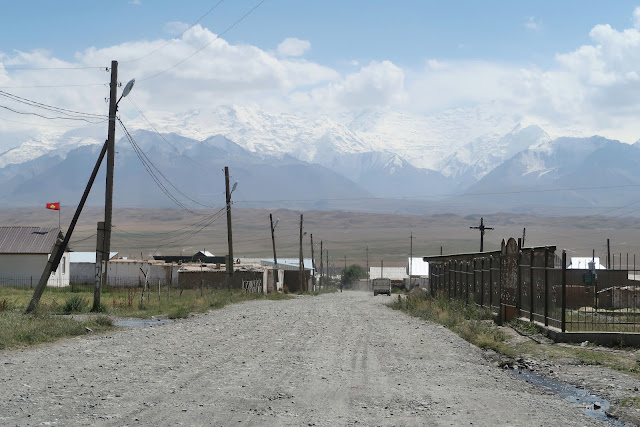 We’re having engine issues again, the orange ‘Check Engine Light’ has been flashing on again. The last time it did it in Russia, we had it diagnosed as a problem with the diesel filter. We thought it could be down to the crazy altitude and the rubbish diesel. It has gone back off for now. I just hope it stays off.

Now we are heading to Uzbekistan, and a bit of preparation is needed. Uzbekistan is a diesel free country. So we will fill the tank up to the brim in Osh just before crossing the border. I hope this will last us on our drive, we have got some miles to cover if we wanna see all the main sites. We also need visas, but fortunately for us, the government launched an e-visa scheme in July of this year. We applied online and had the visas in our inbox less than 36hours later. Amazing. We don’t even need to print them. 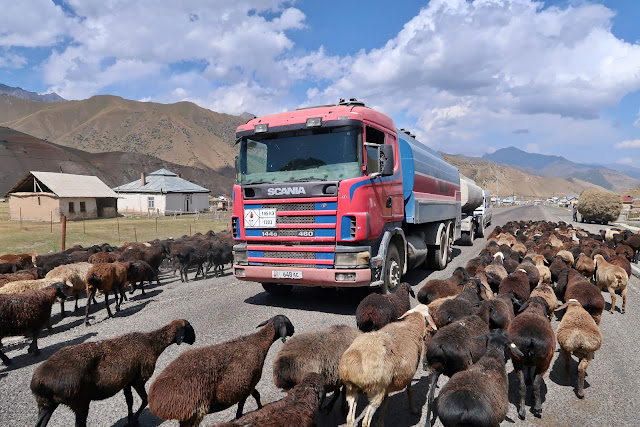 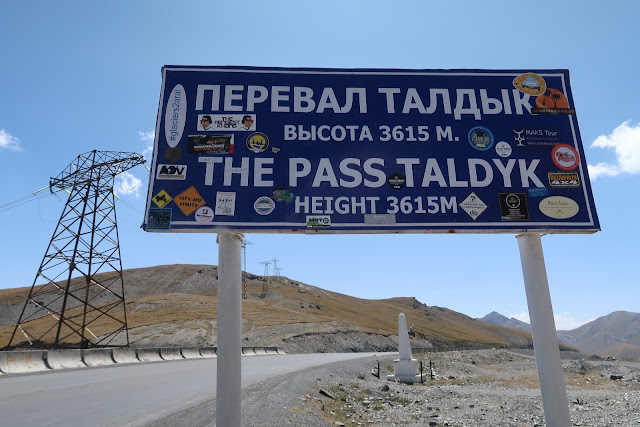 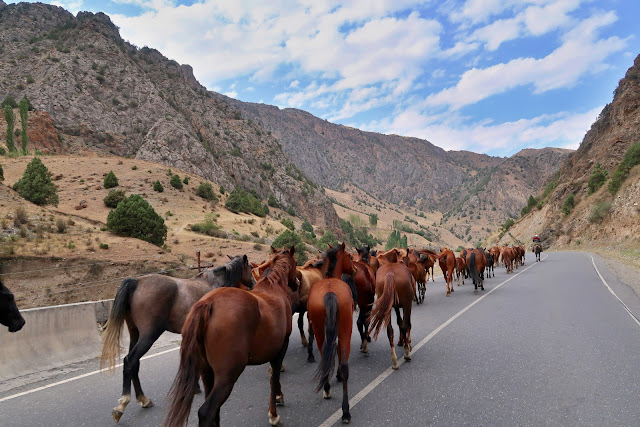