Posted by Unknown on February 02, 2015
Jamie and I had always wanted to discover Spain’s Northern coastline. Rough and wild, Galicia’s coastline reminded us of our birthplace; Normandy’s coast for me (Étretat) and part of Yorkshire for Jamie. The landscape felt even more remote and unspoilt than Portugal, see our blog: Inland Portugal: Centuries-Old Fortresses, National Parks and Rural Villages. Dramatic cliffs, rough sea and few and far between villages.

Jamie had spent a lot of his Summers on the Costa Del Sol, but here in the North of Spain, there were none of the big resorts we’re all accustomed to see whether in pictures or on telly with reports of tourists living it wild and forgetting all their manners at home. The villages and small towns were quiet, with pretty harbour and beaches.


First, we followed the Costa Da Morte; shipwrecks incidents along the deadly rocky shores gave it its nickname. We spotted even our very own... A huge rusty ship, broken in half in Cabo Tosto where we ended up free camping on our second night in Spain. We free camped along it near Lagoa Louro and Cabo Tosto (click on the links to read our short reviews of the camping spots under "Spain", bullets 1 and 2). 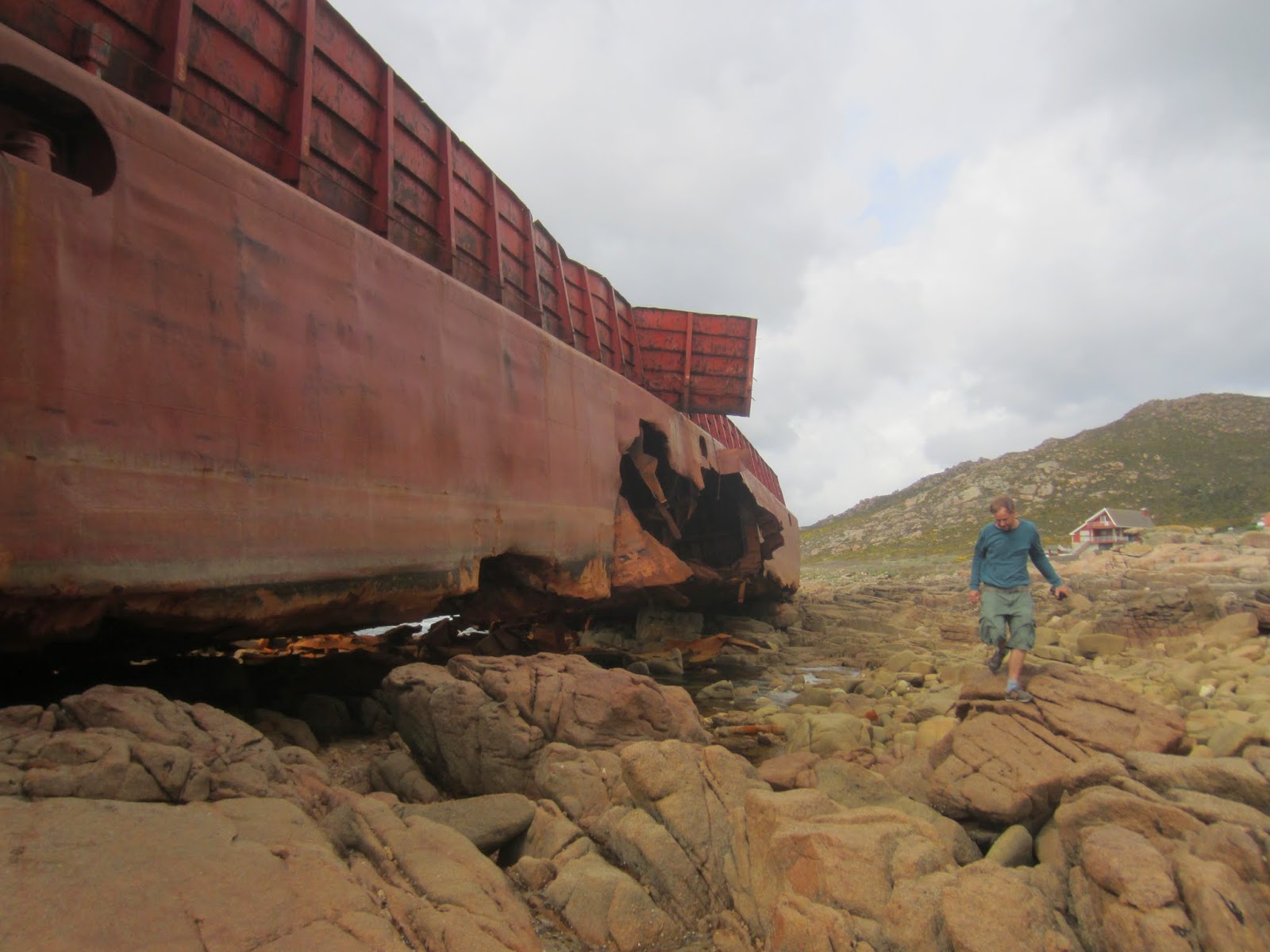 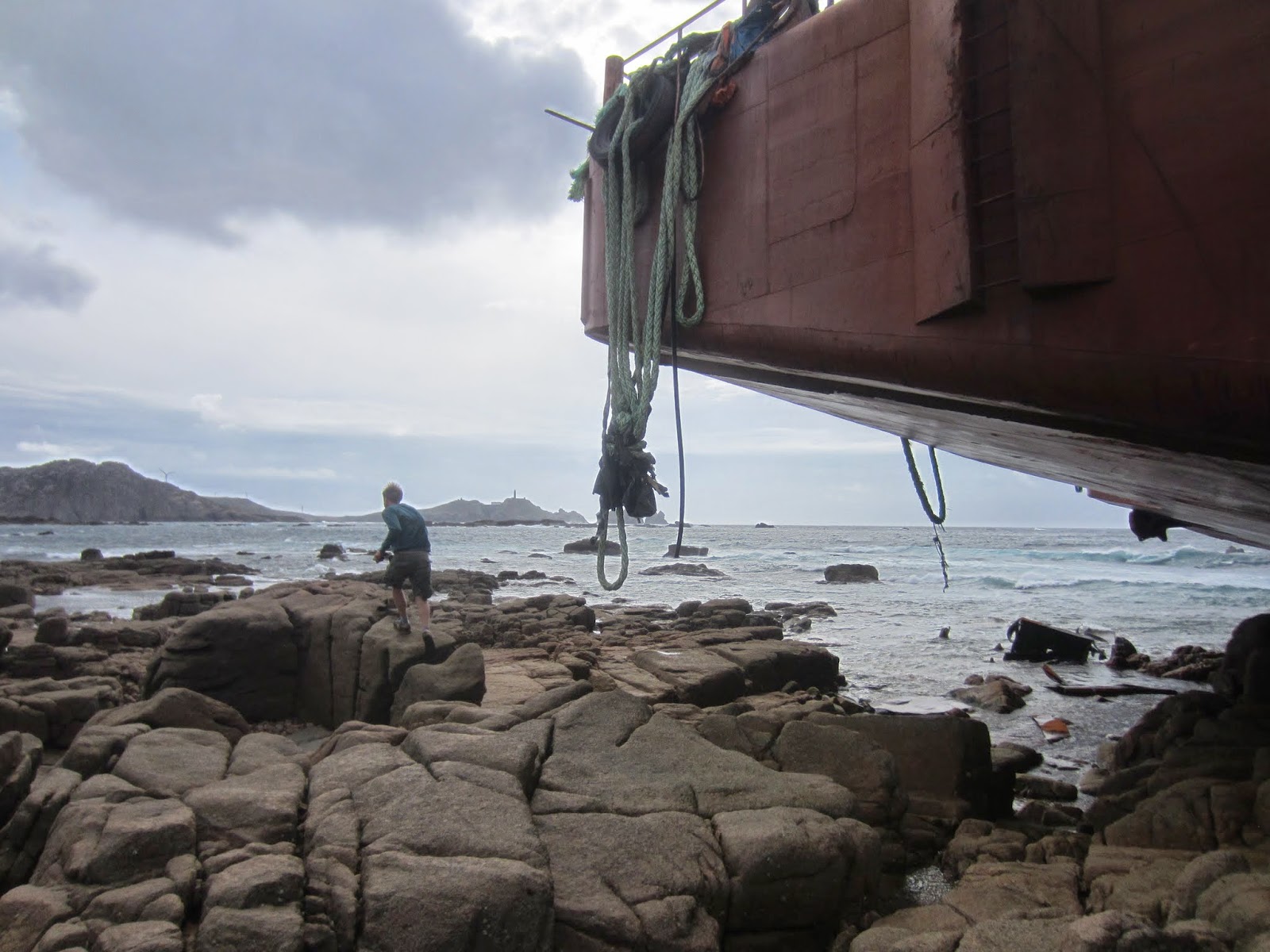 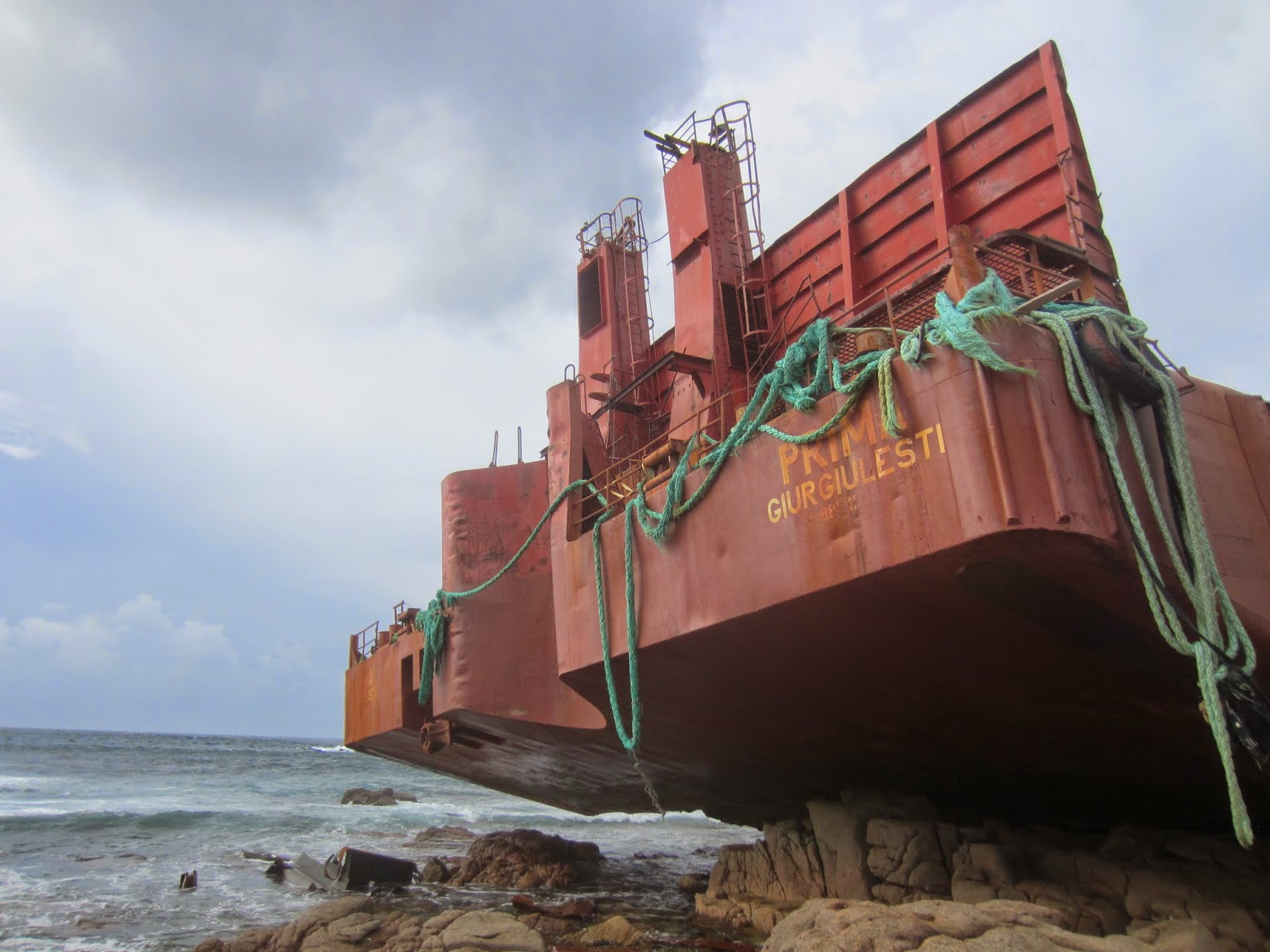 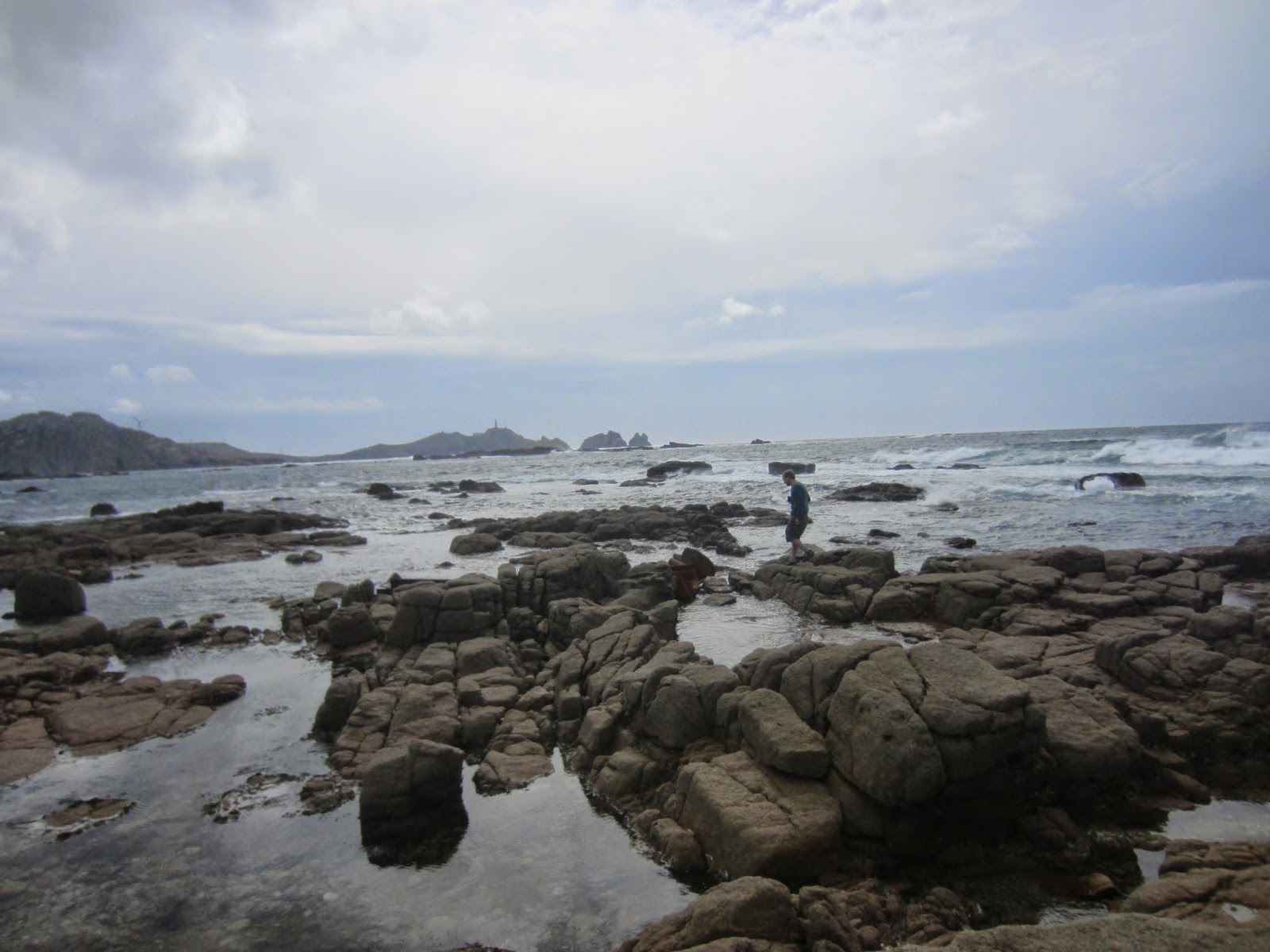 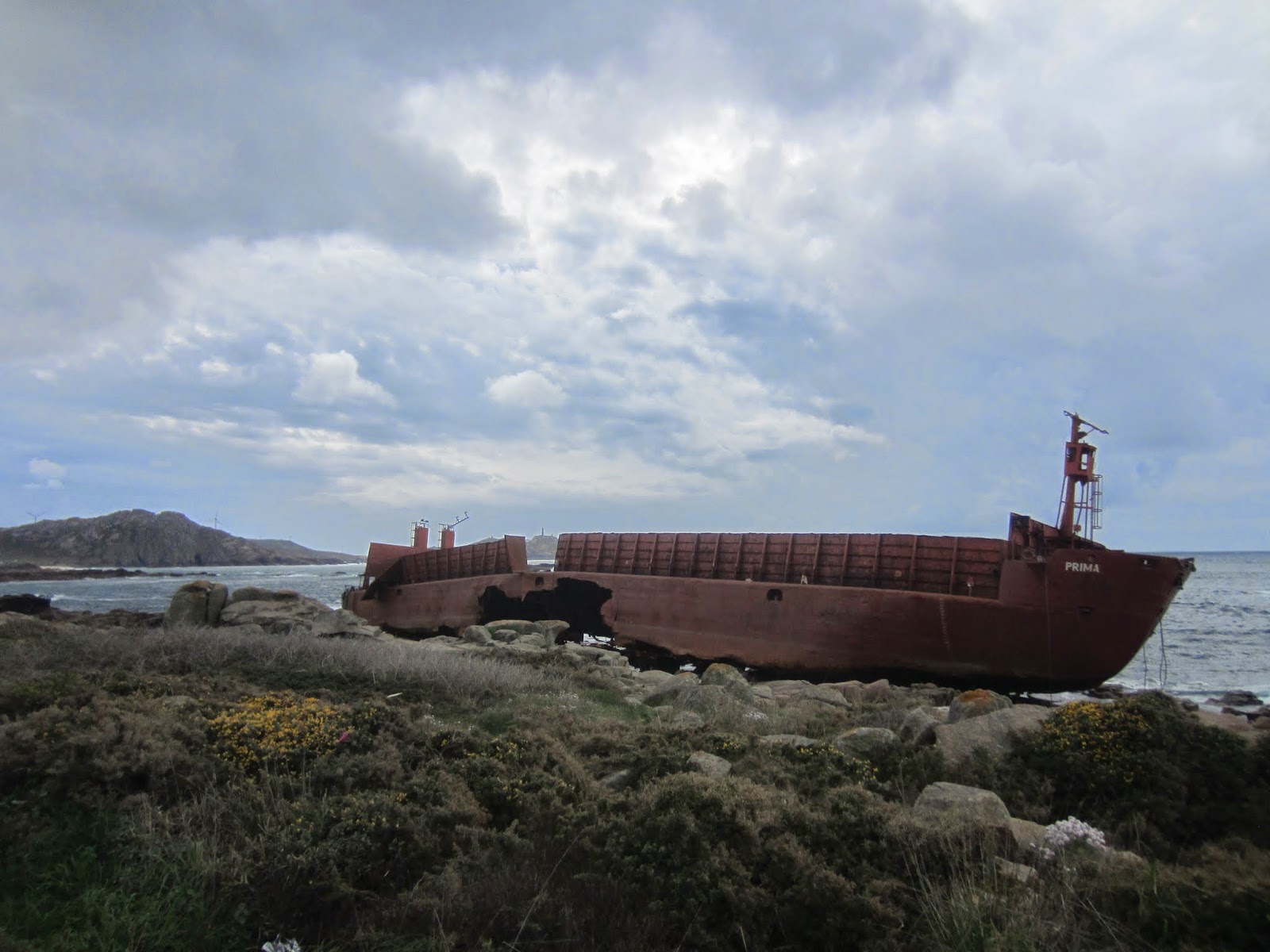 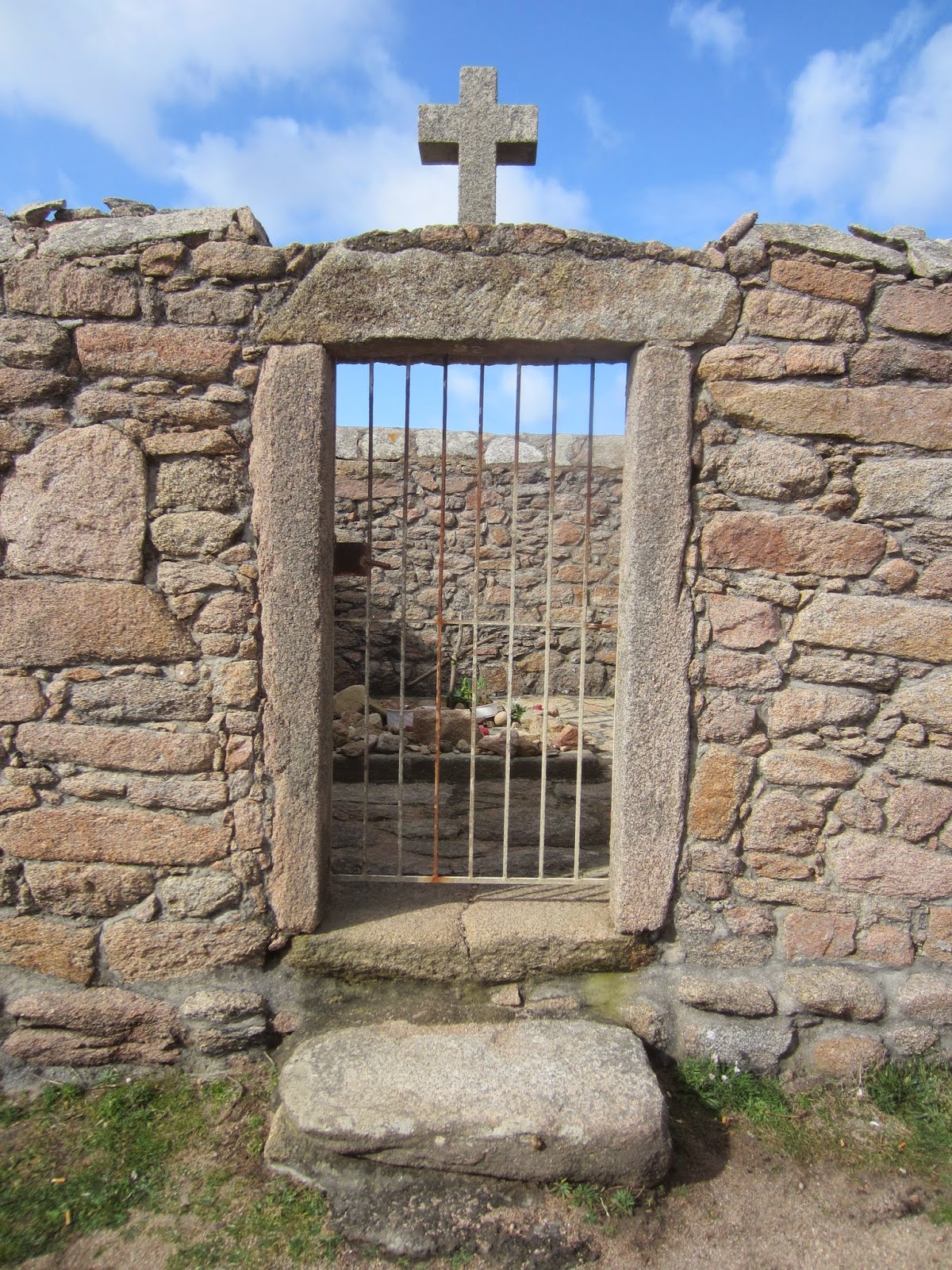 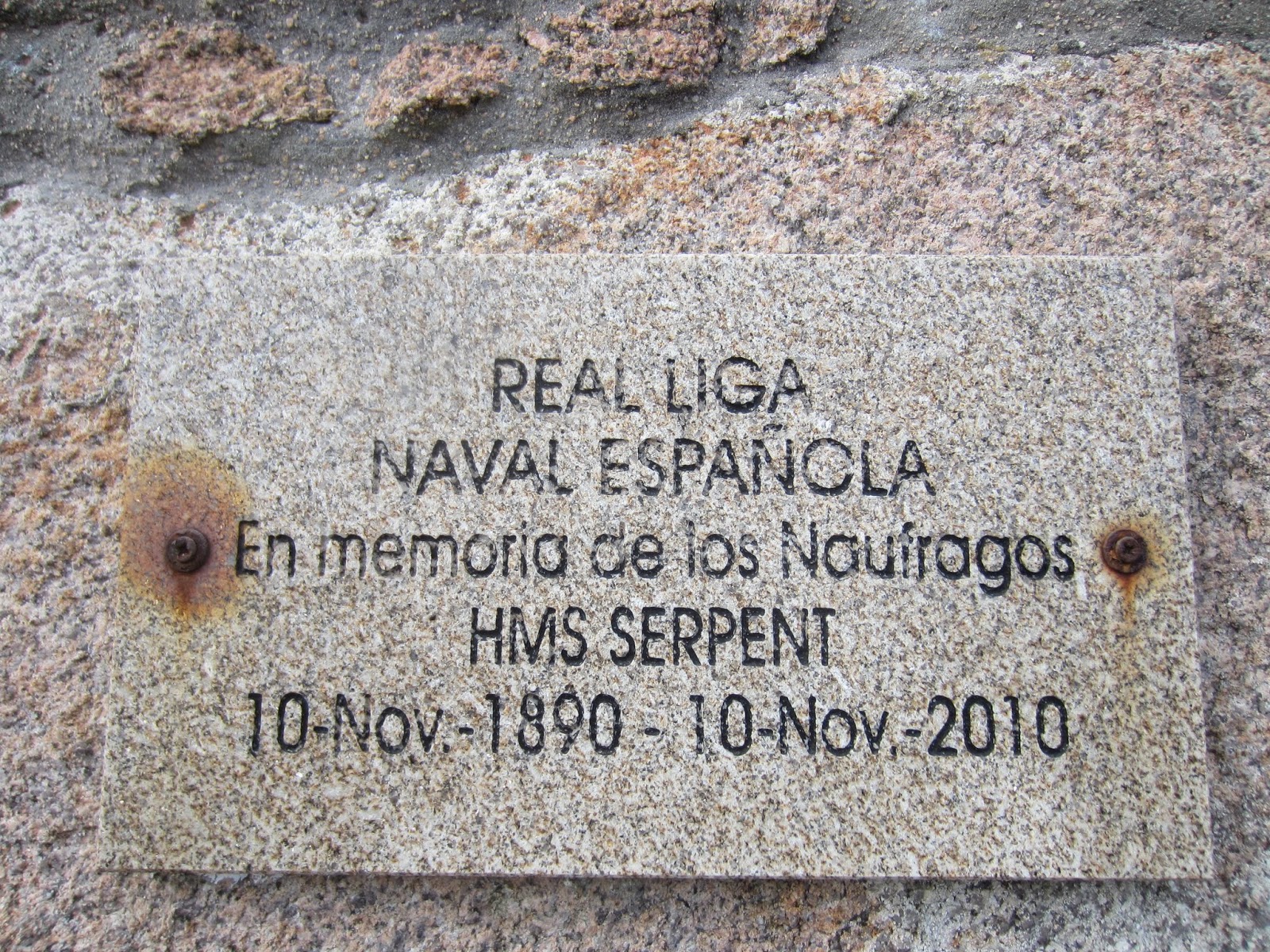 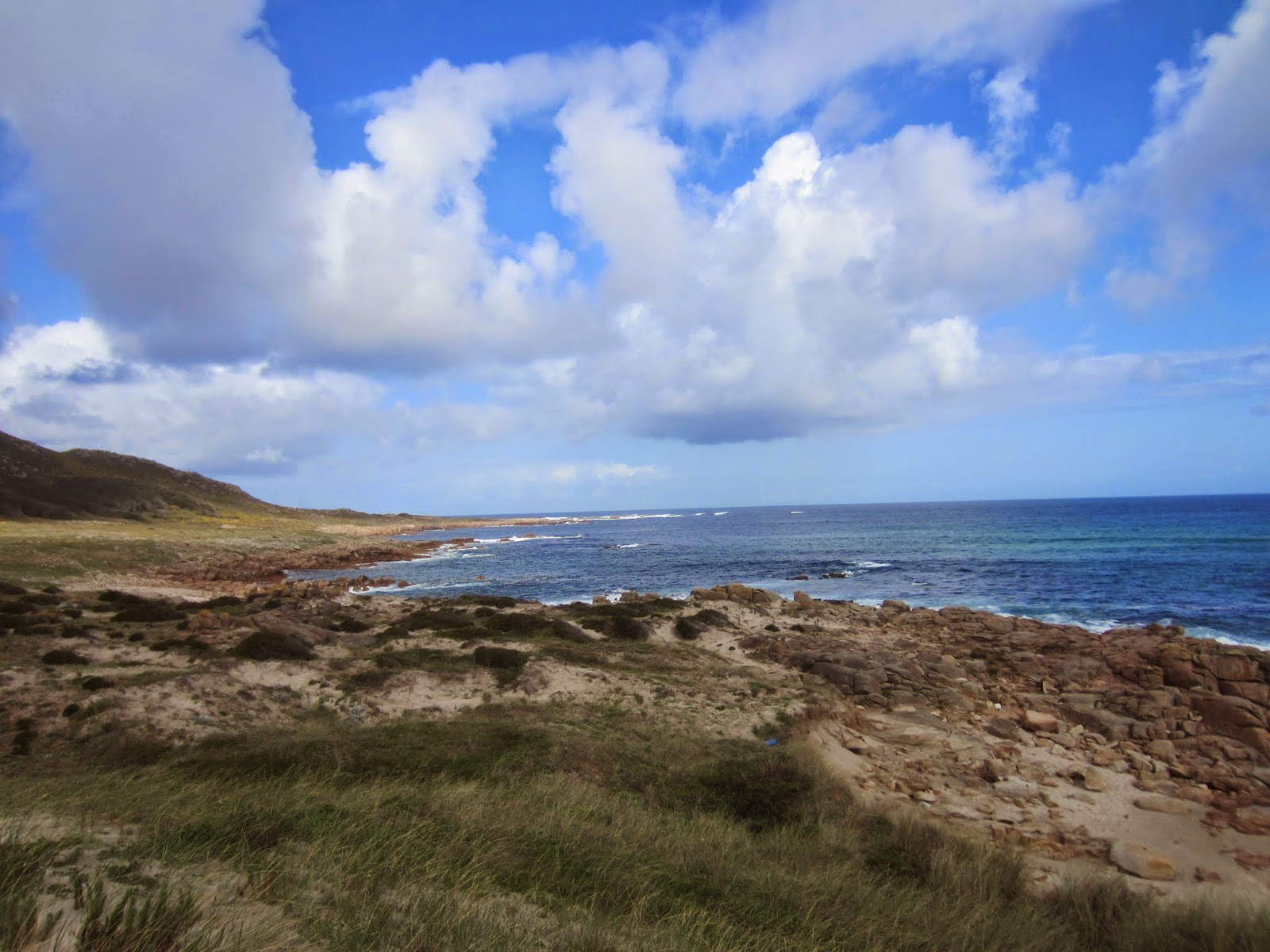 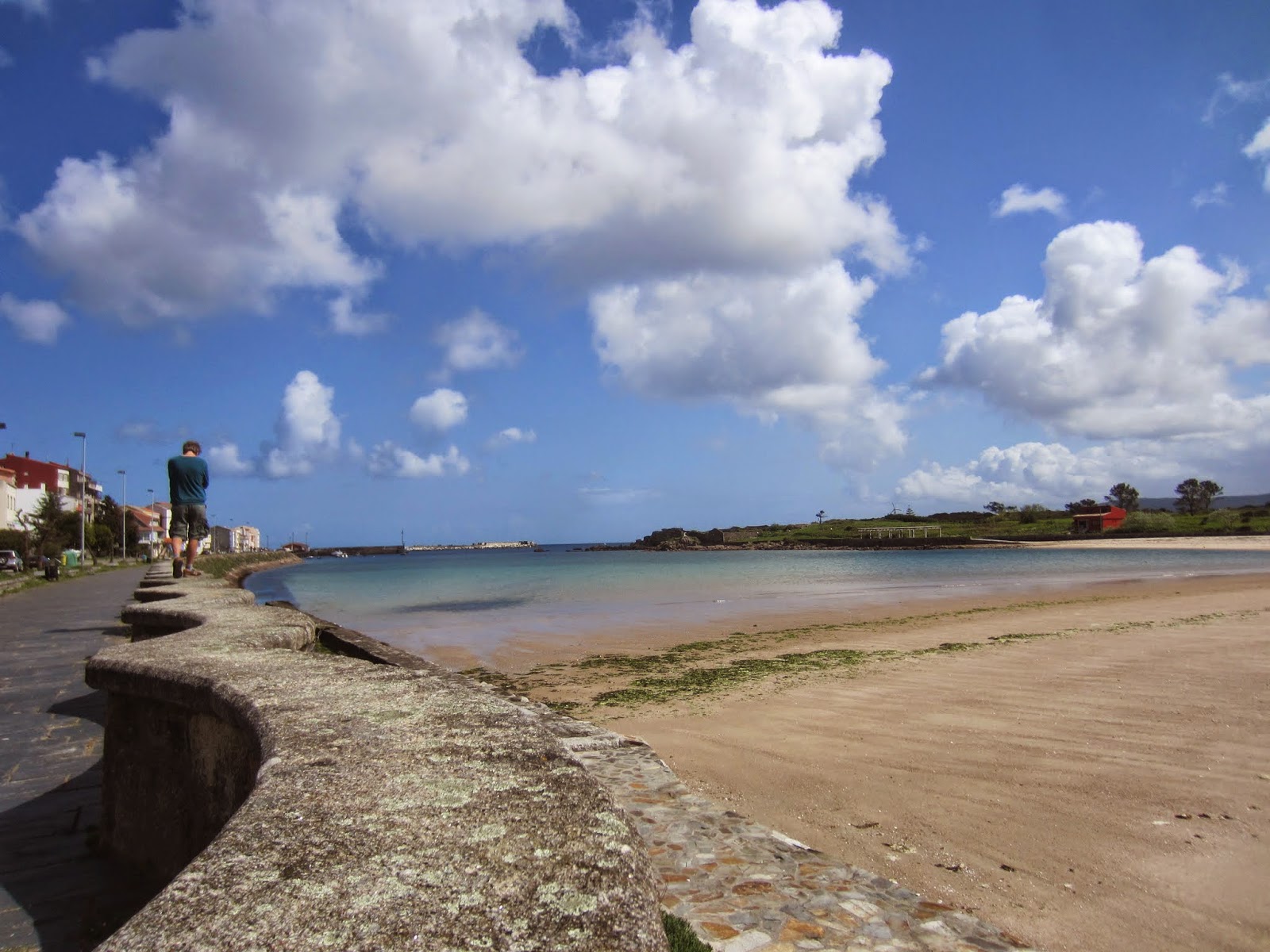 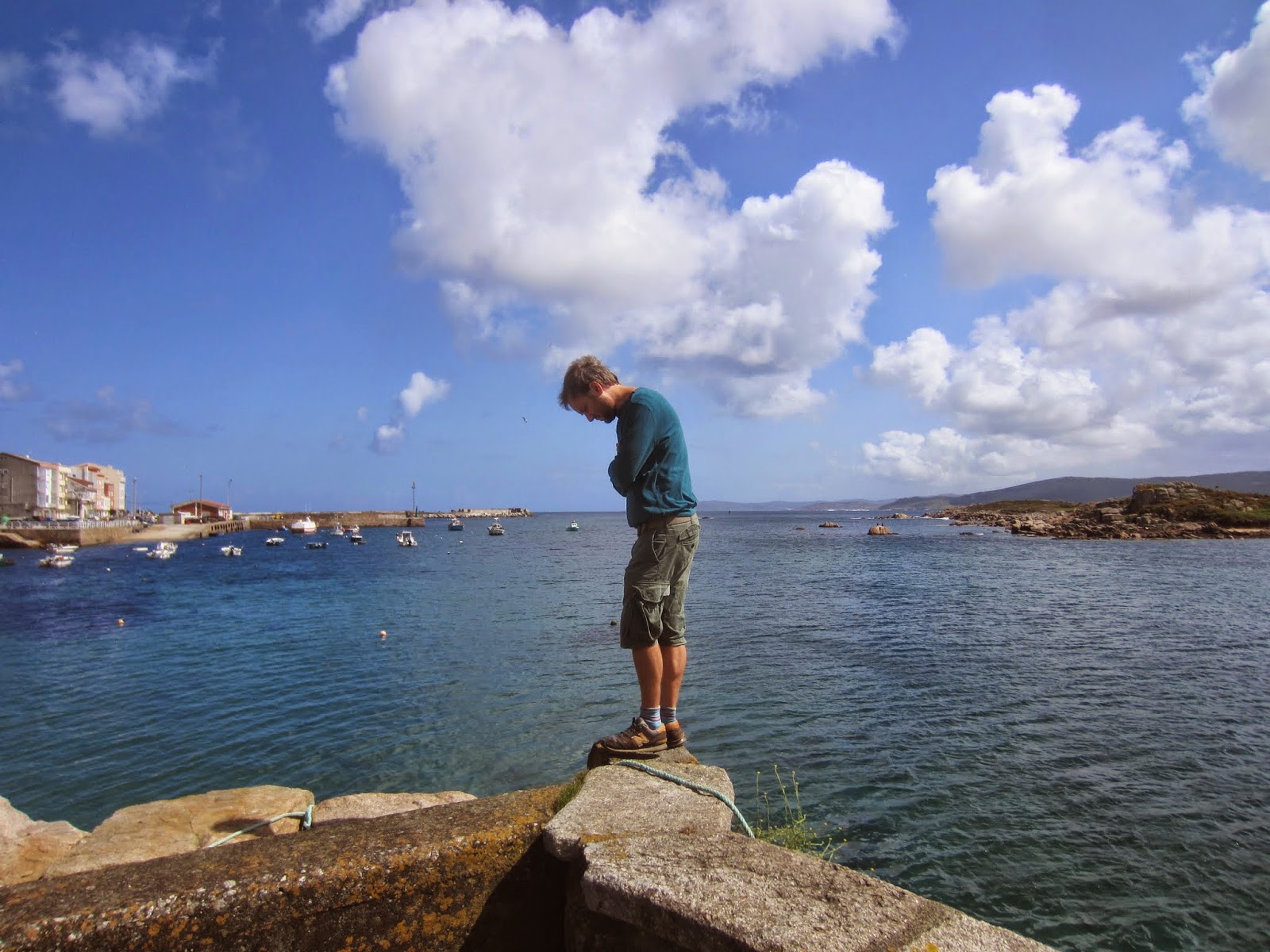 Next was wild Cabo Prior where we ended up wild camping by the lighthouse. Unfortunately, we had to break our free camping due to washing. We couldn’t find any laundrette so we ended up staying at Camping Valdoviño. It was all perfect and the seaside town was nice with its dead-feel, probably just a matter of weeks before it all kicked in again, but for the moment, it felt we nearly had it all for ourselves. El Gitano, the cafe/restaurant just round the corner from the campsite became our local for two days. Taking shelter there from the rain and warming up drinking tea and coffees. 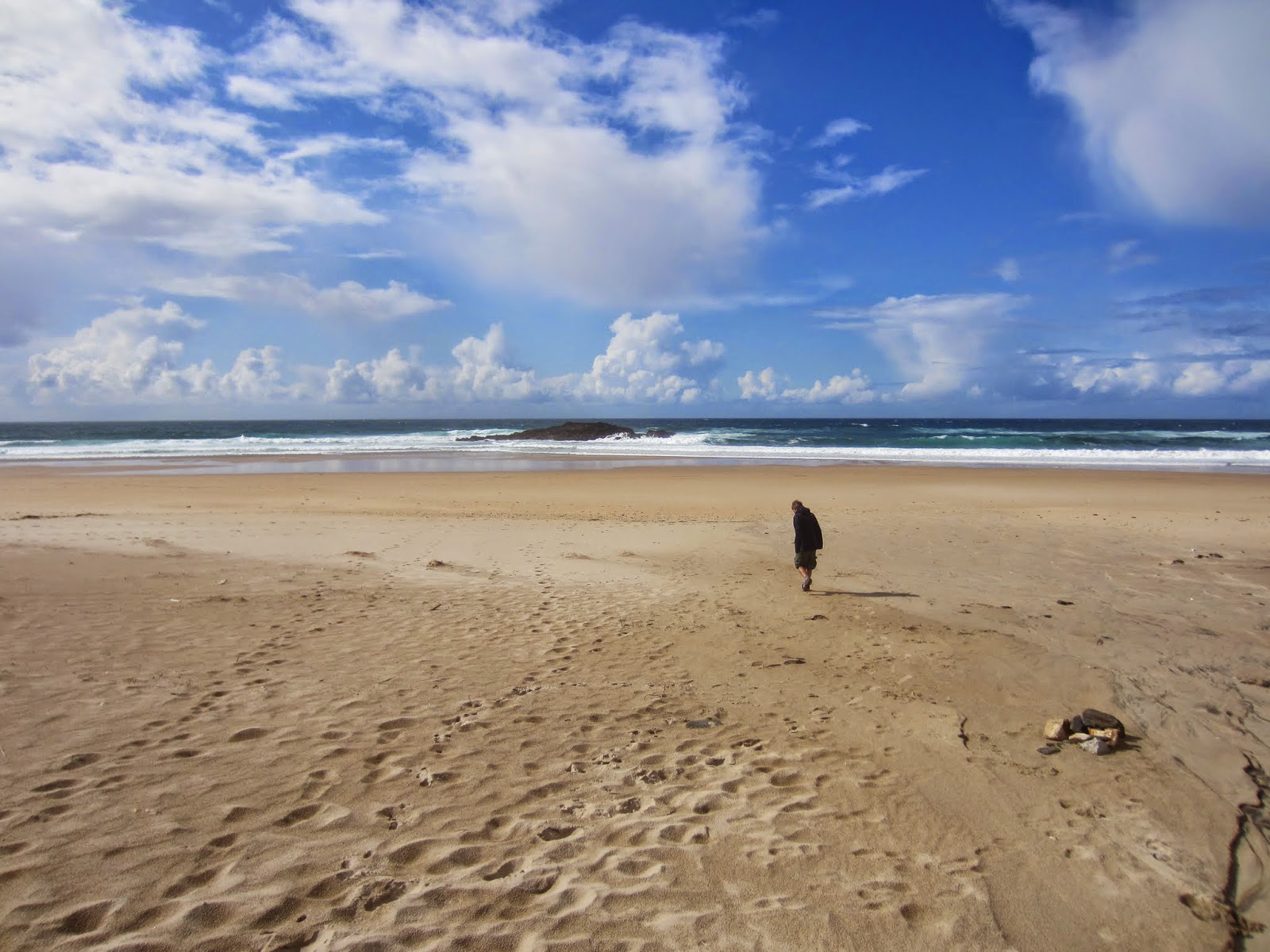 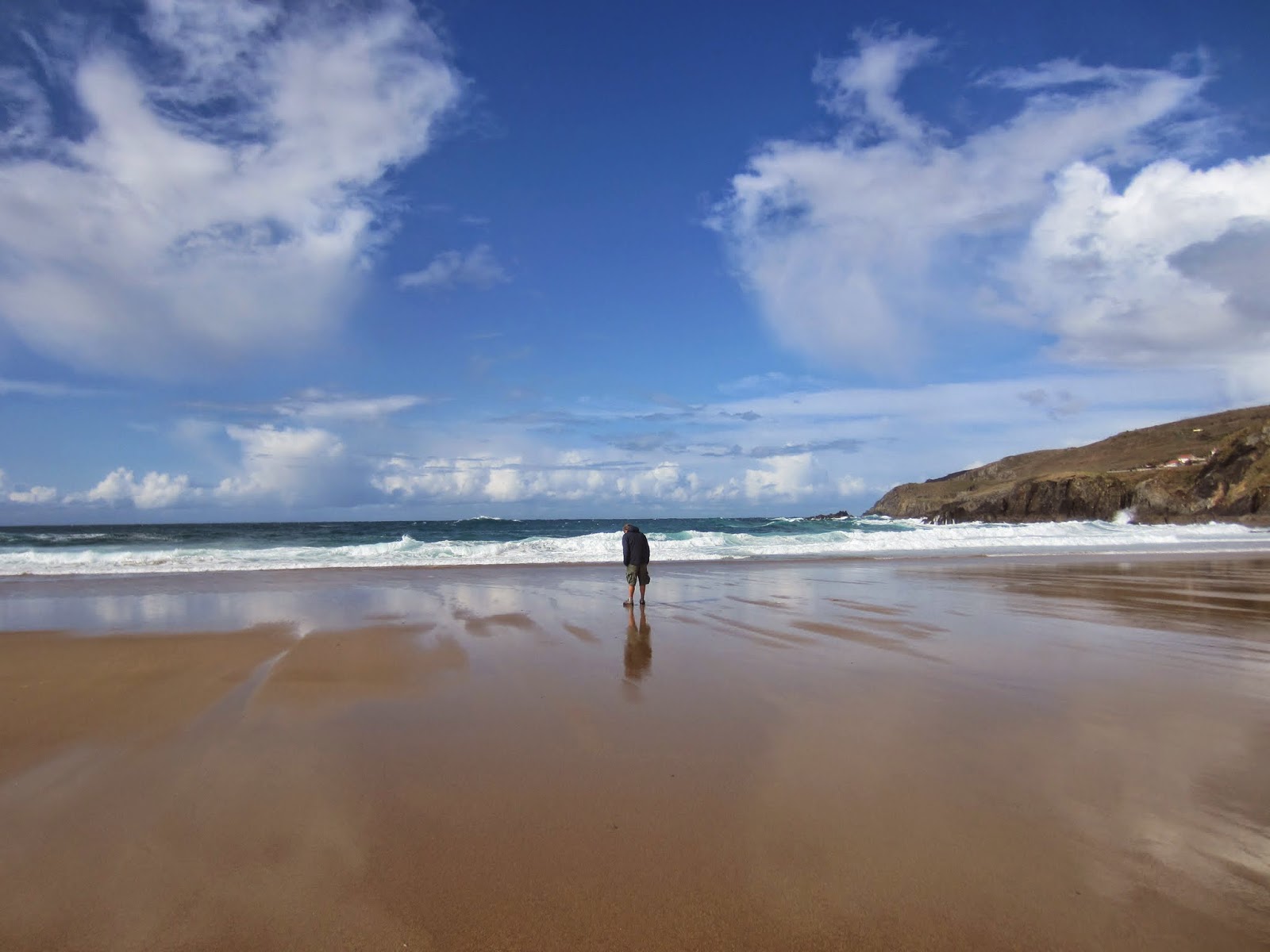 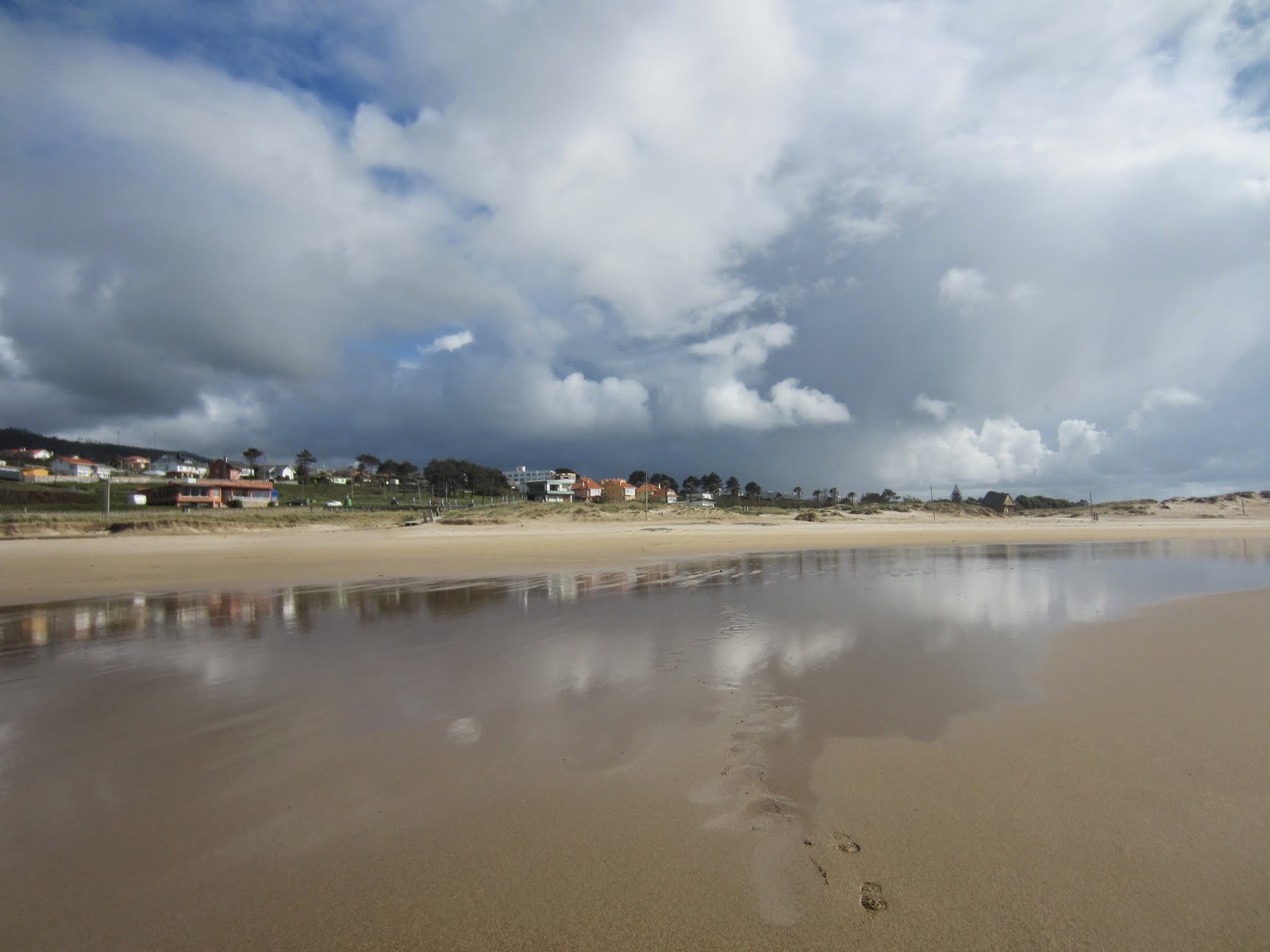 We left with our big washing bag only to discover a few hours after we had gone that it all smelt... They’d probably tried to squeeze it all in in one load without thinking that this would not wash it all at all, but make it worse... Luckily, we had already seen a lot of the pretty corners of the coast in just a few days so we drove on to the nearest town, Ortigueira which had a dry cleaners with a washing service – Tintoreria Santa Marta! In the end, we managed to free camp in a beautiful place – the observation point car park by Rio Ortega (click on the link to read our short review of the wild camping spot under "Spain", bullet 3). 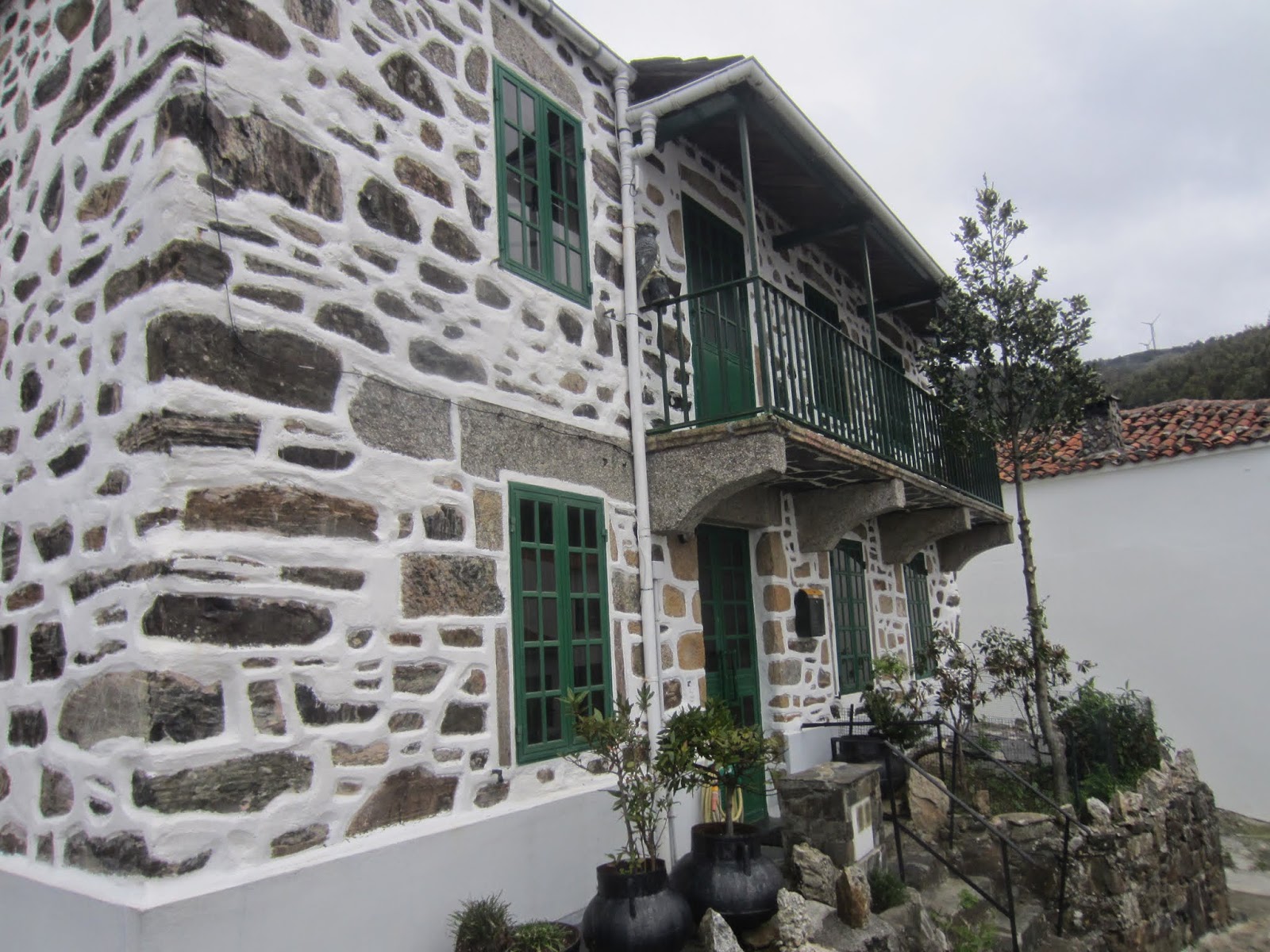 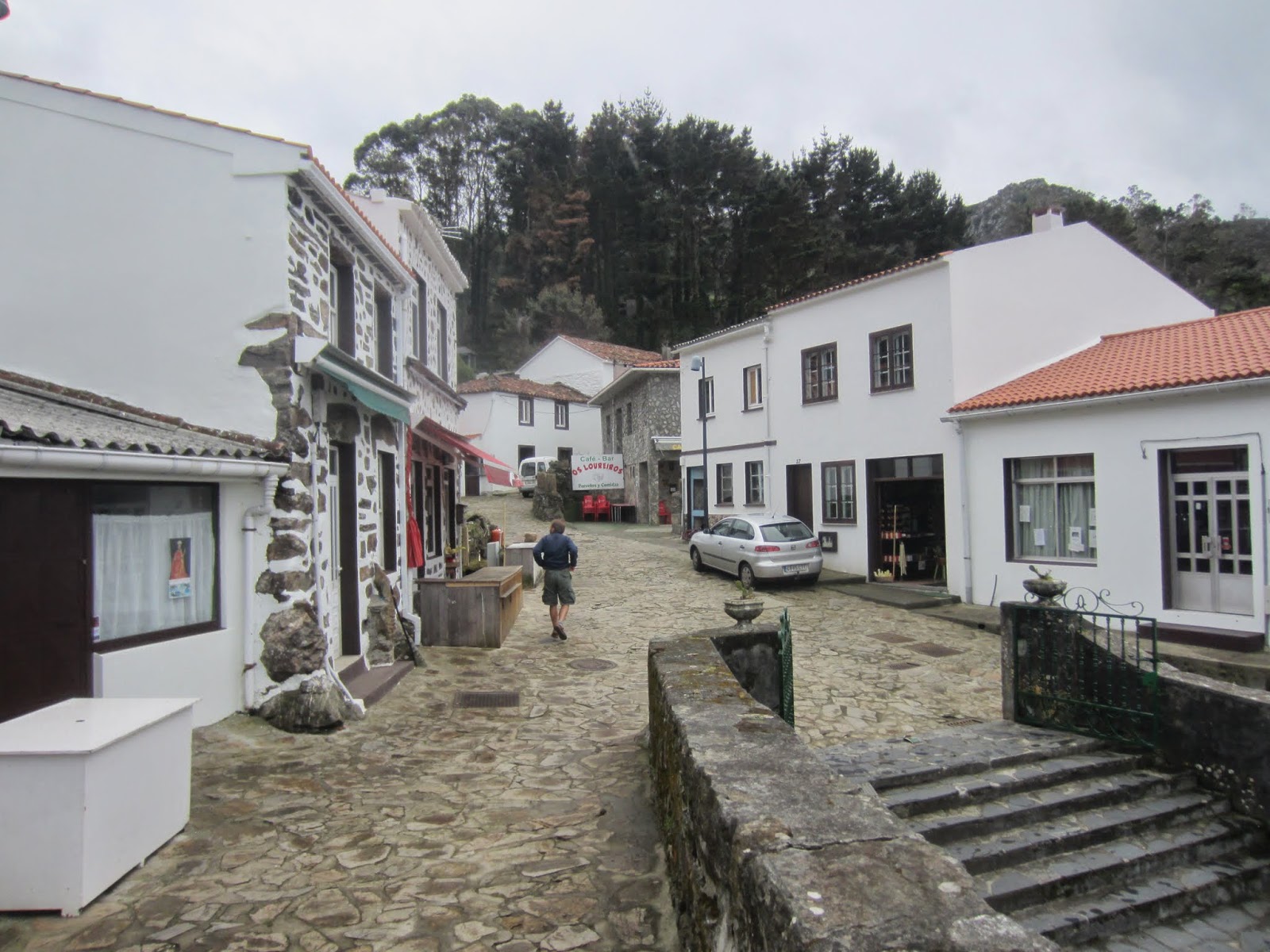 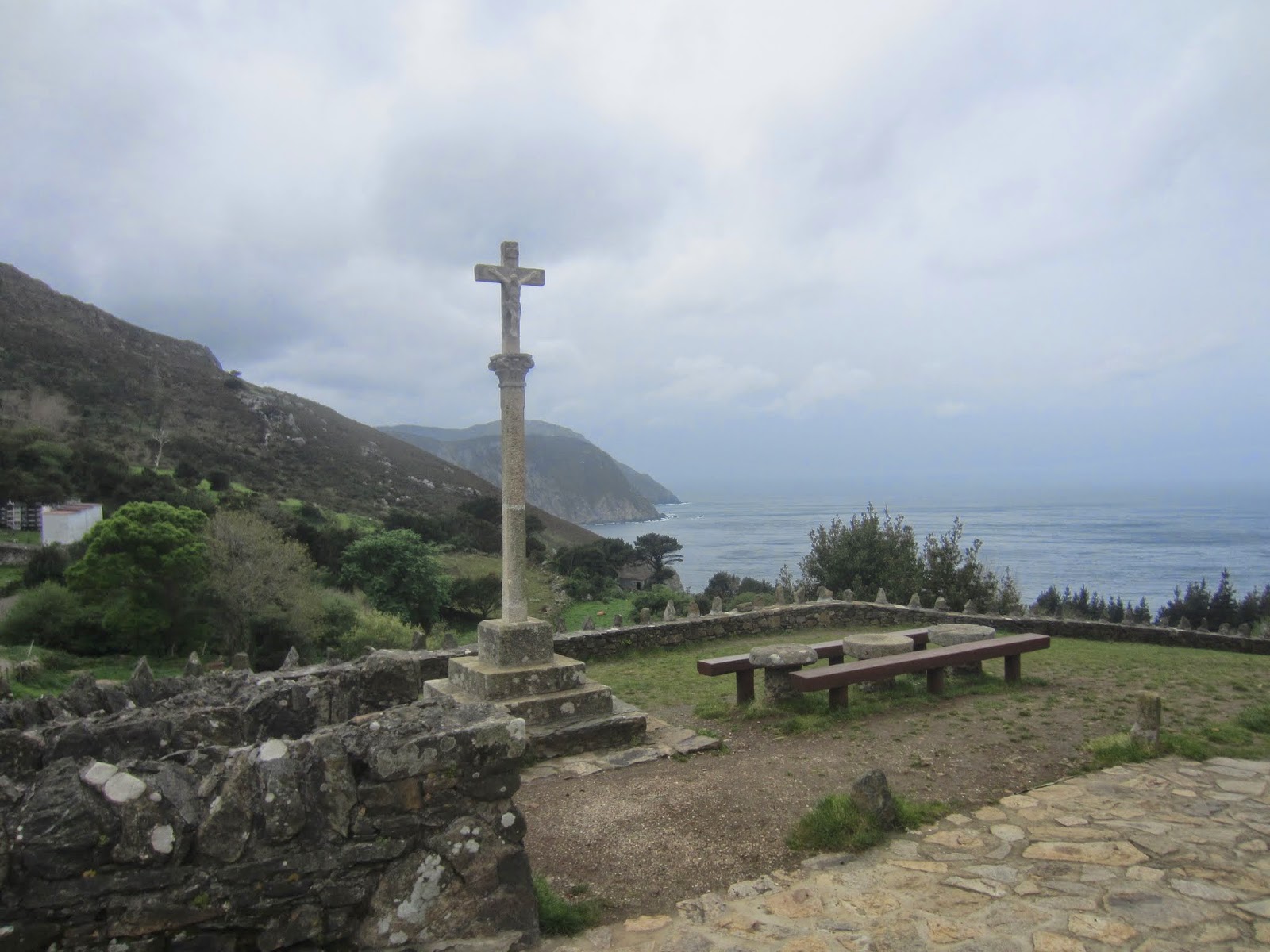 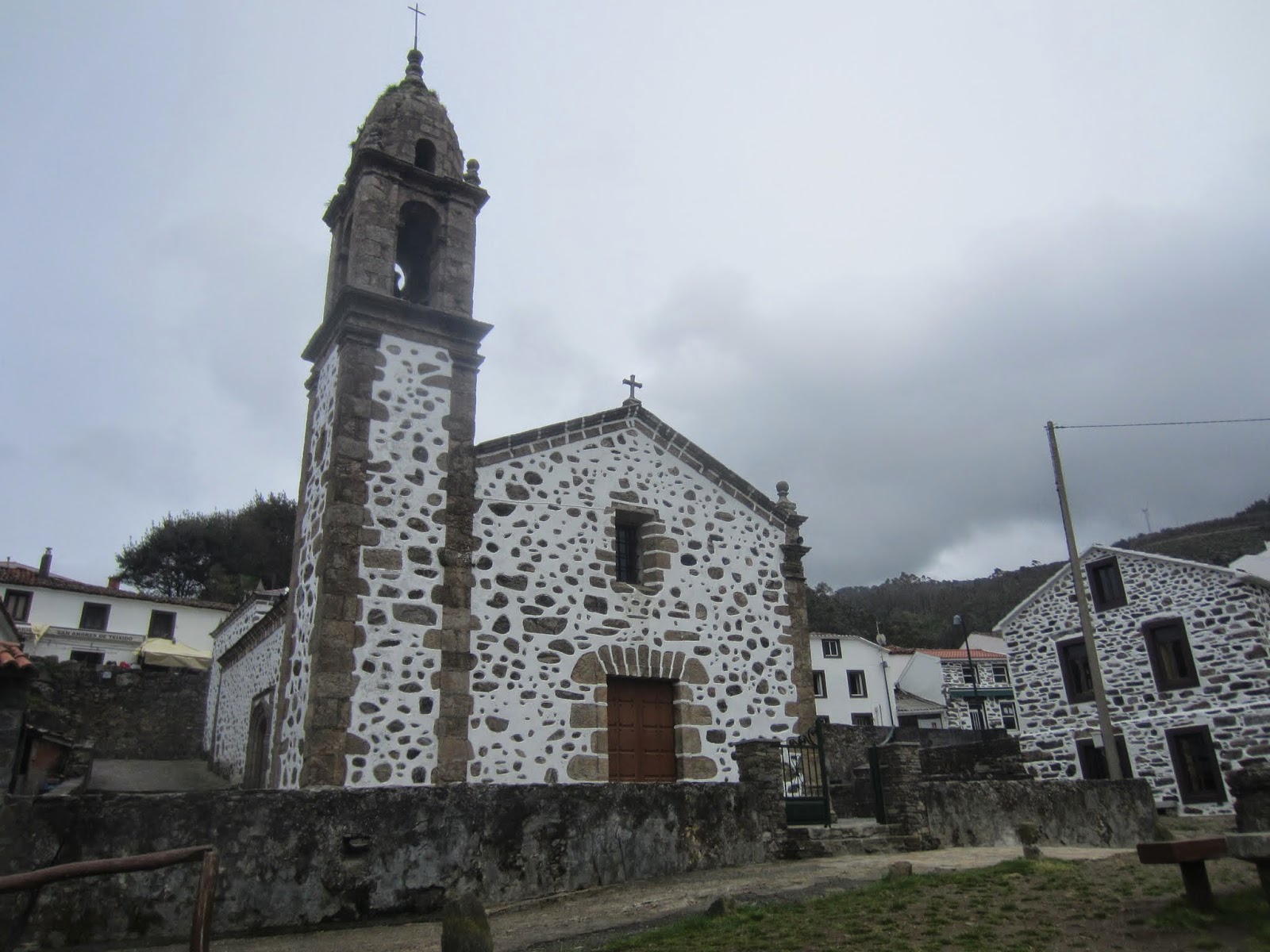 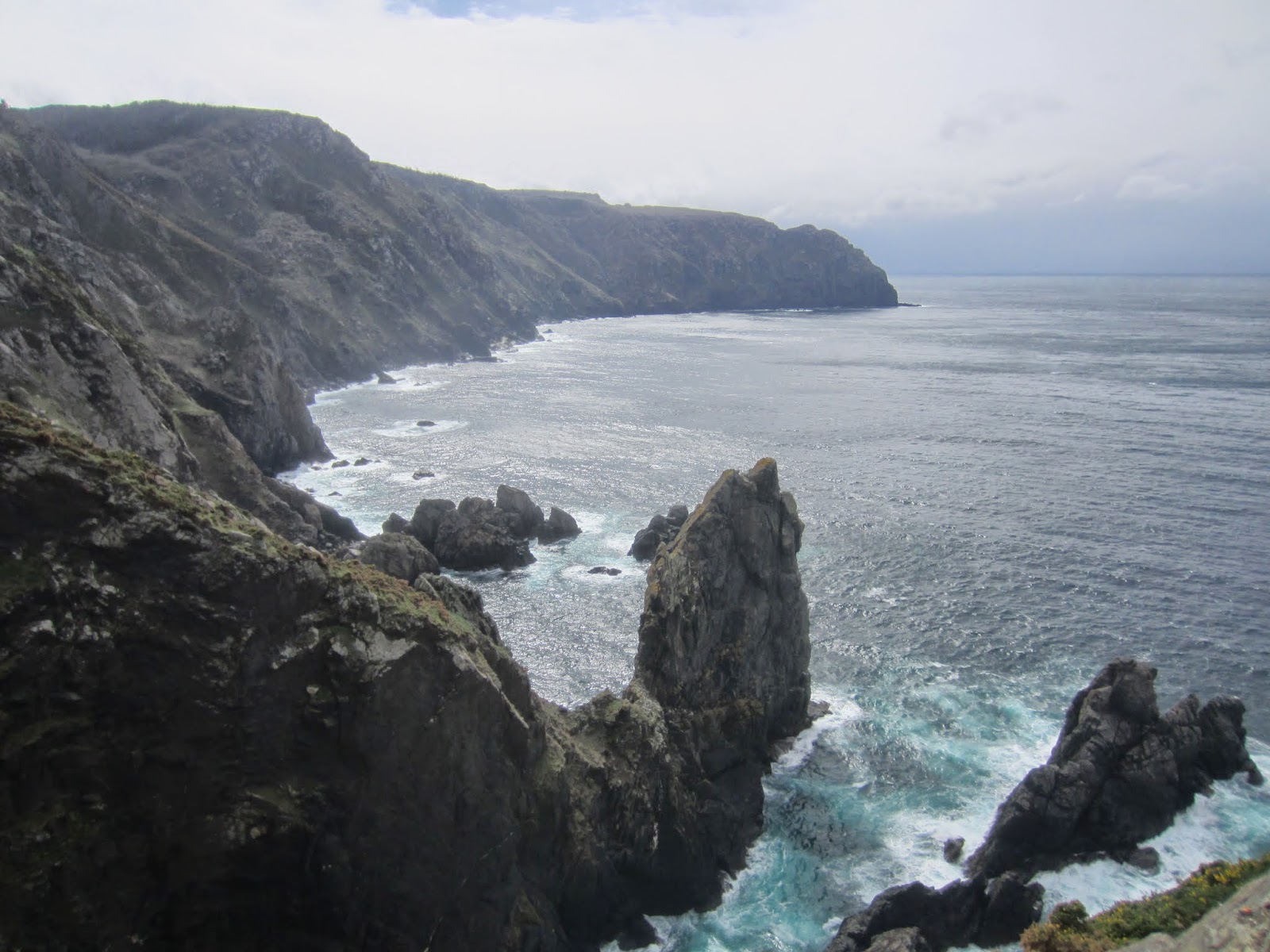 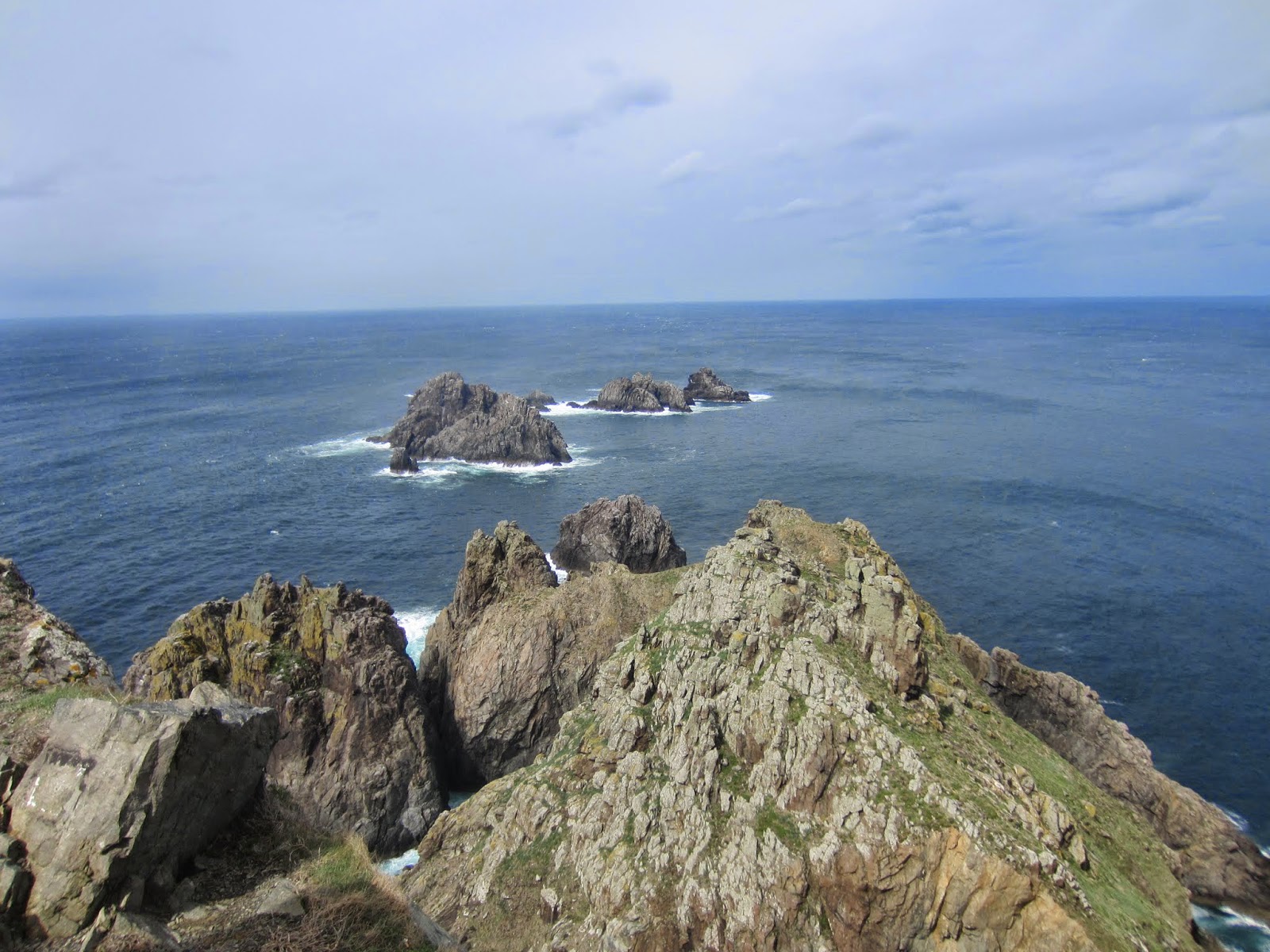 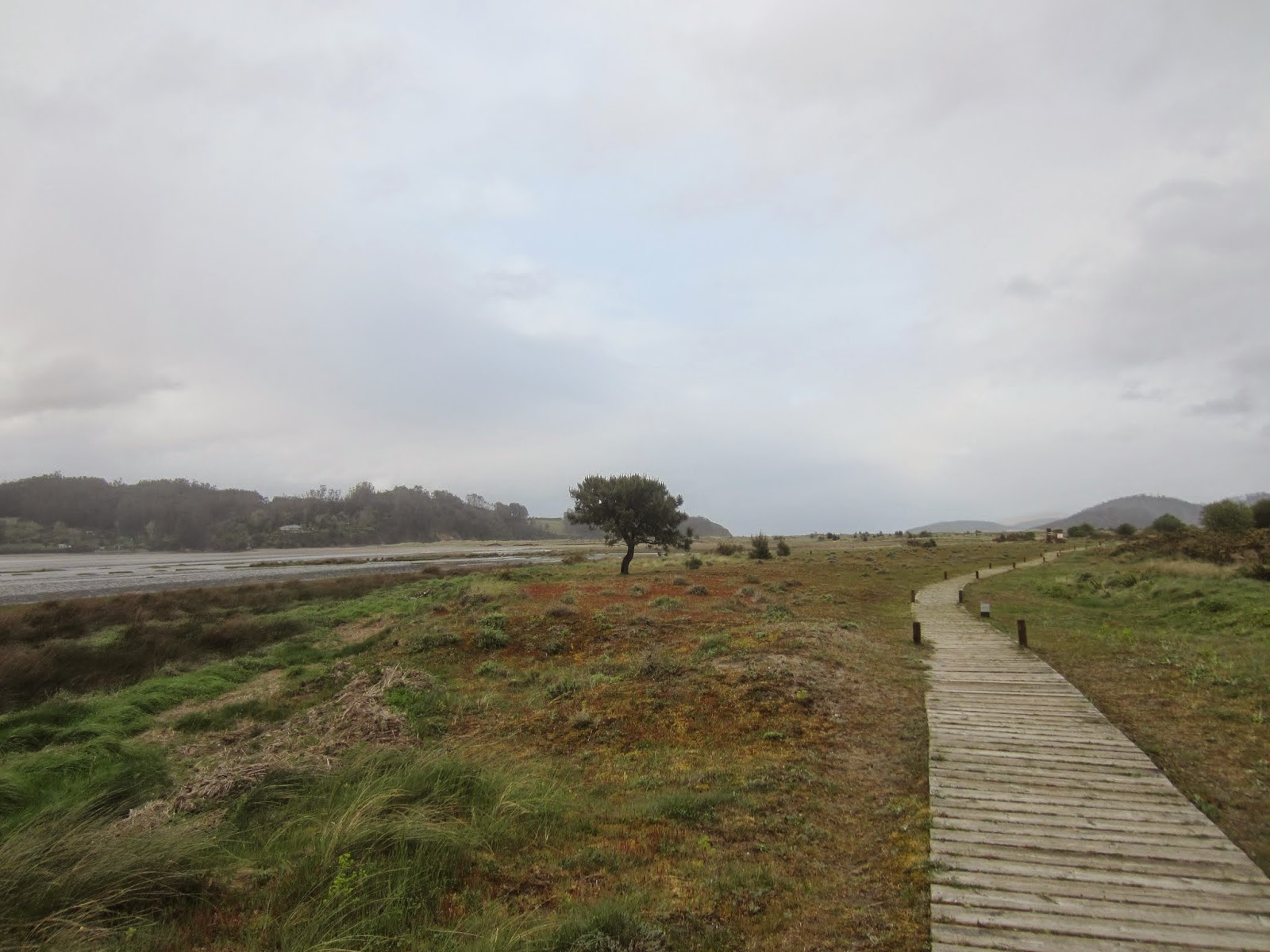 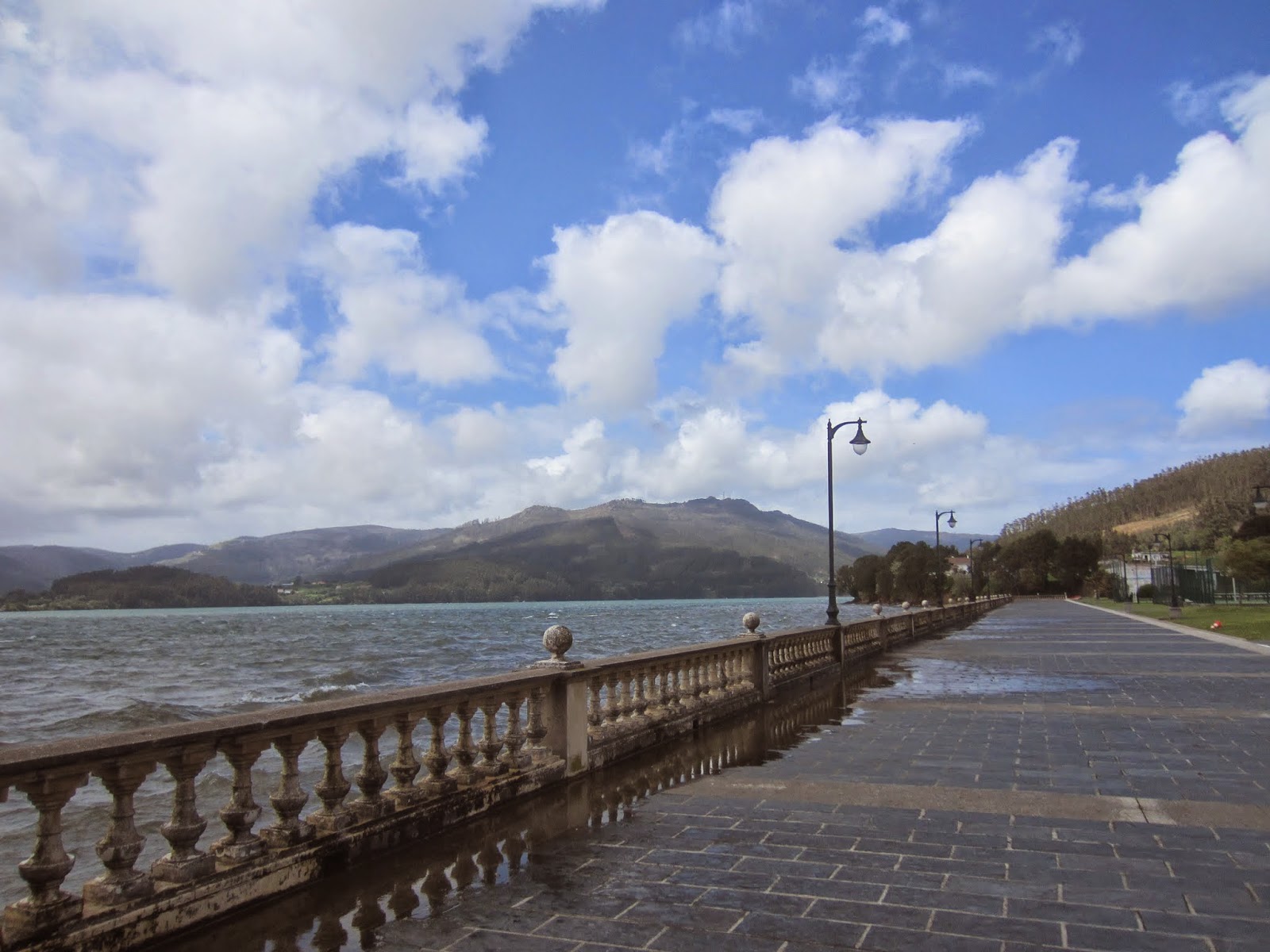 Before heading inland in Asturias, we continued further along the coast towards Ribadeo. We wild camped two nights along some more beautiful spots – the small fishing port of Porto De Bares and one of the well-known Galician beaches, Praia Os Castros/Playa De Los Castros (I am not sure what is the best way to spell it, but I have seen it written in different ways). (Click on the links to read our short reviews of these great free camping spots under "Spain", bullets 4 and 5). 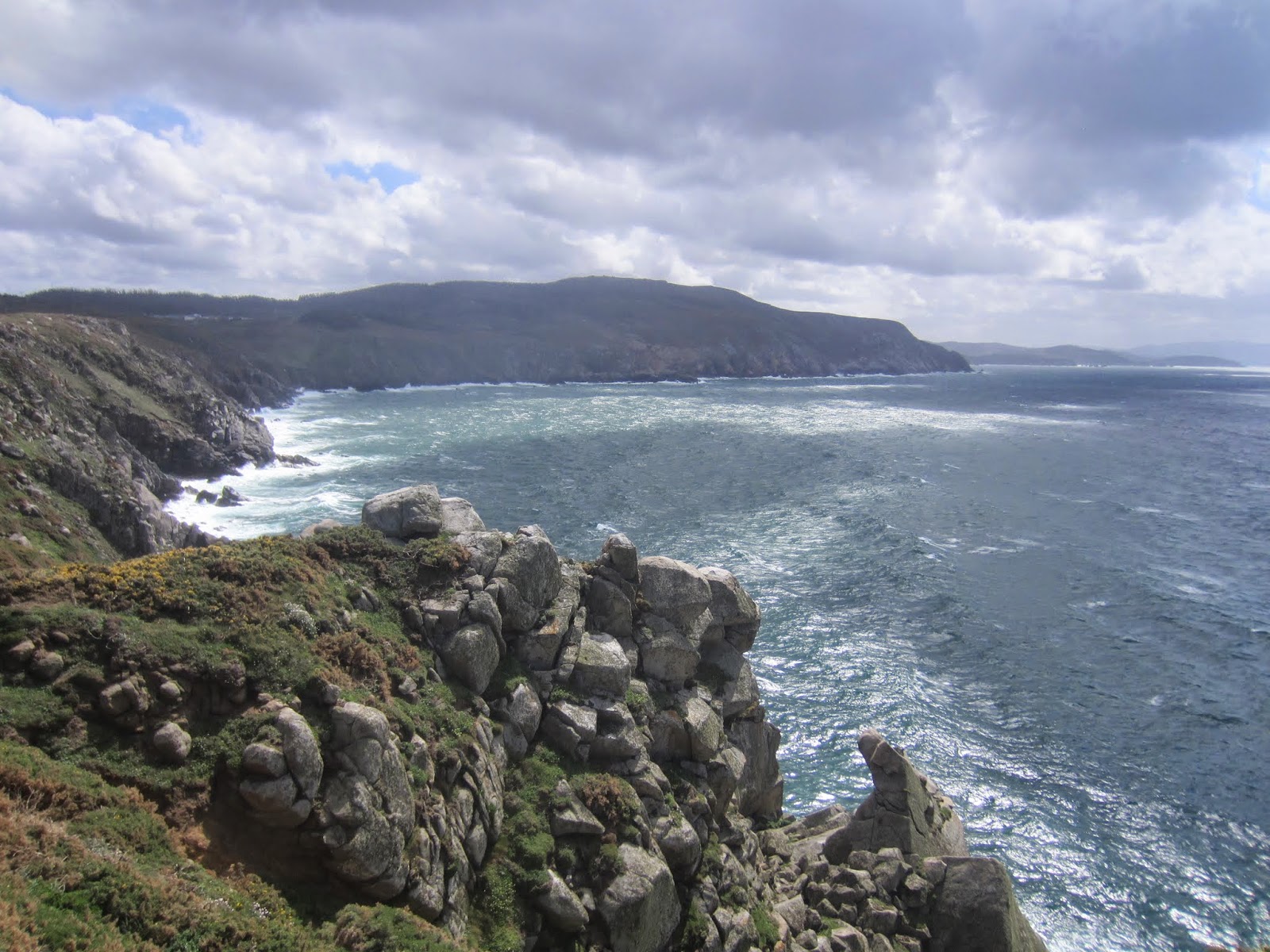 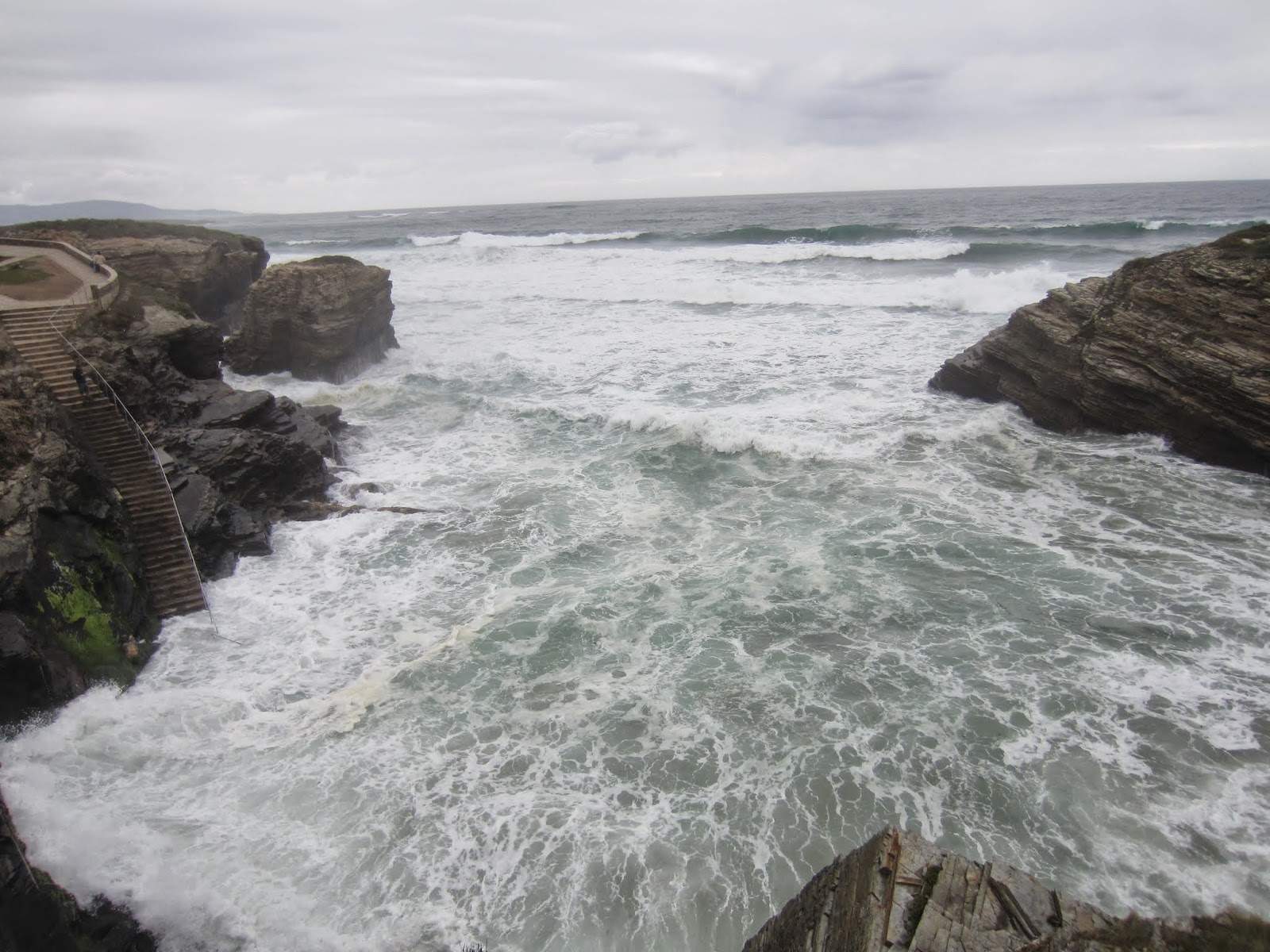 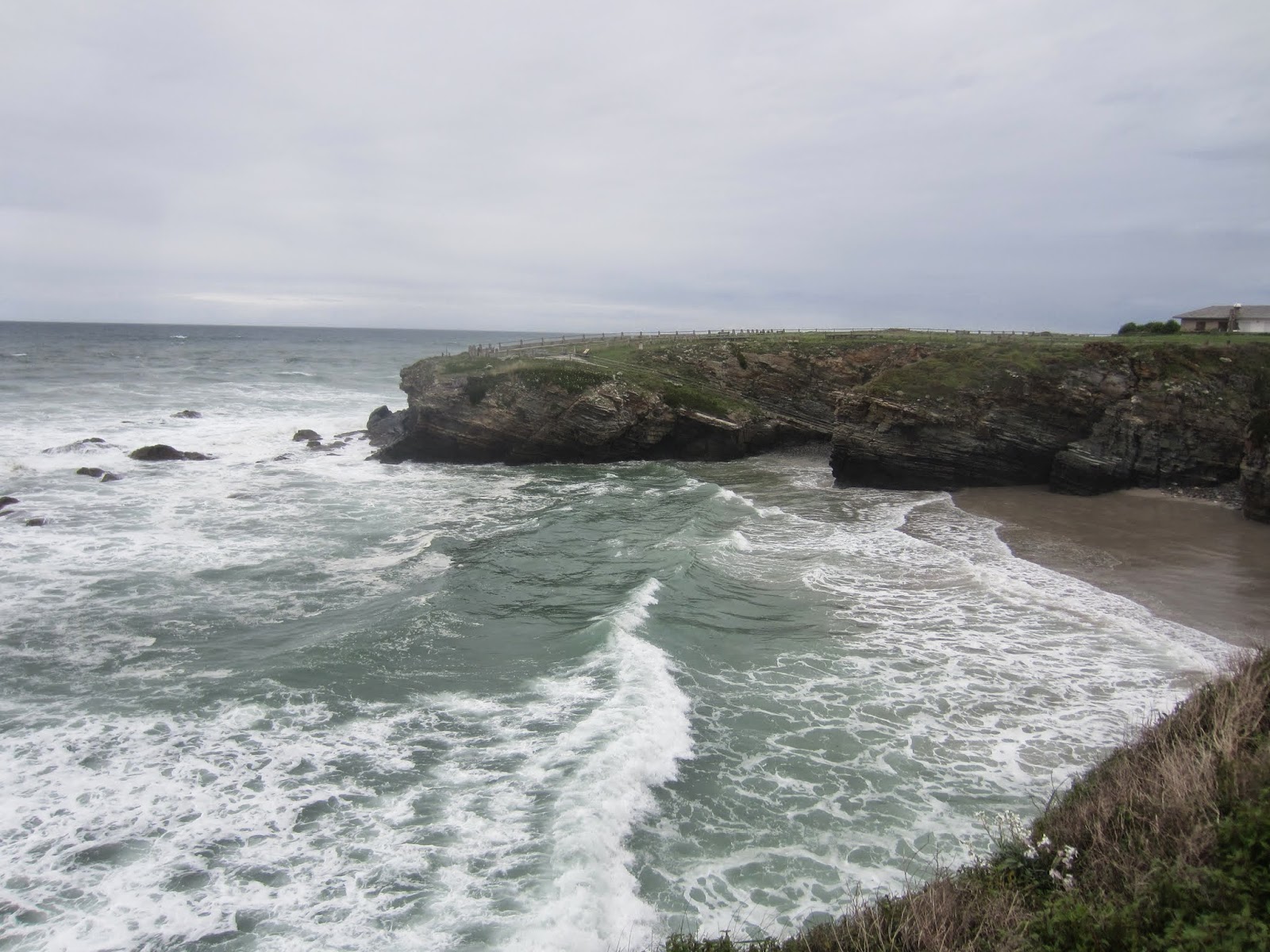 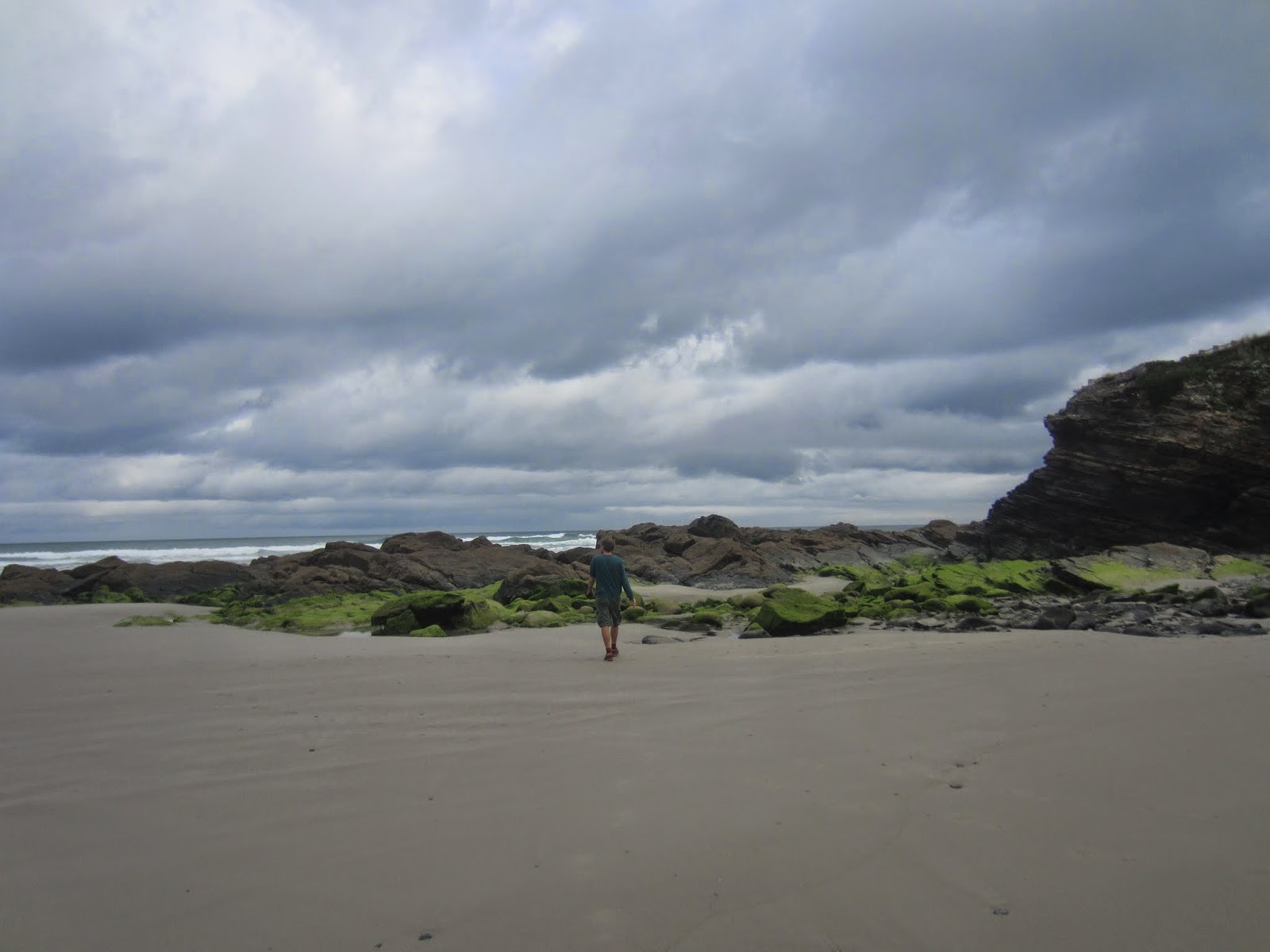 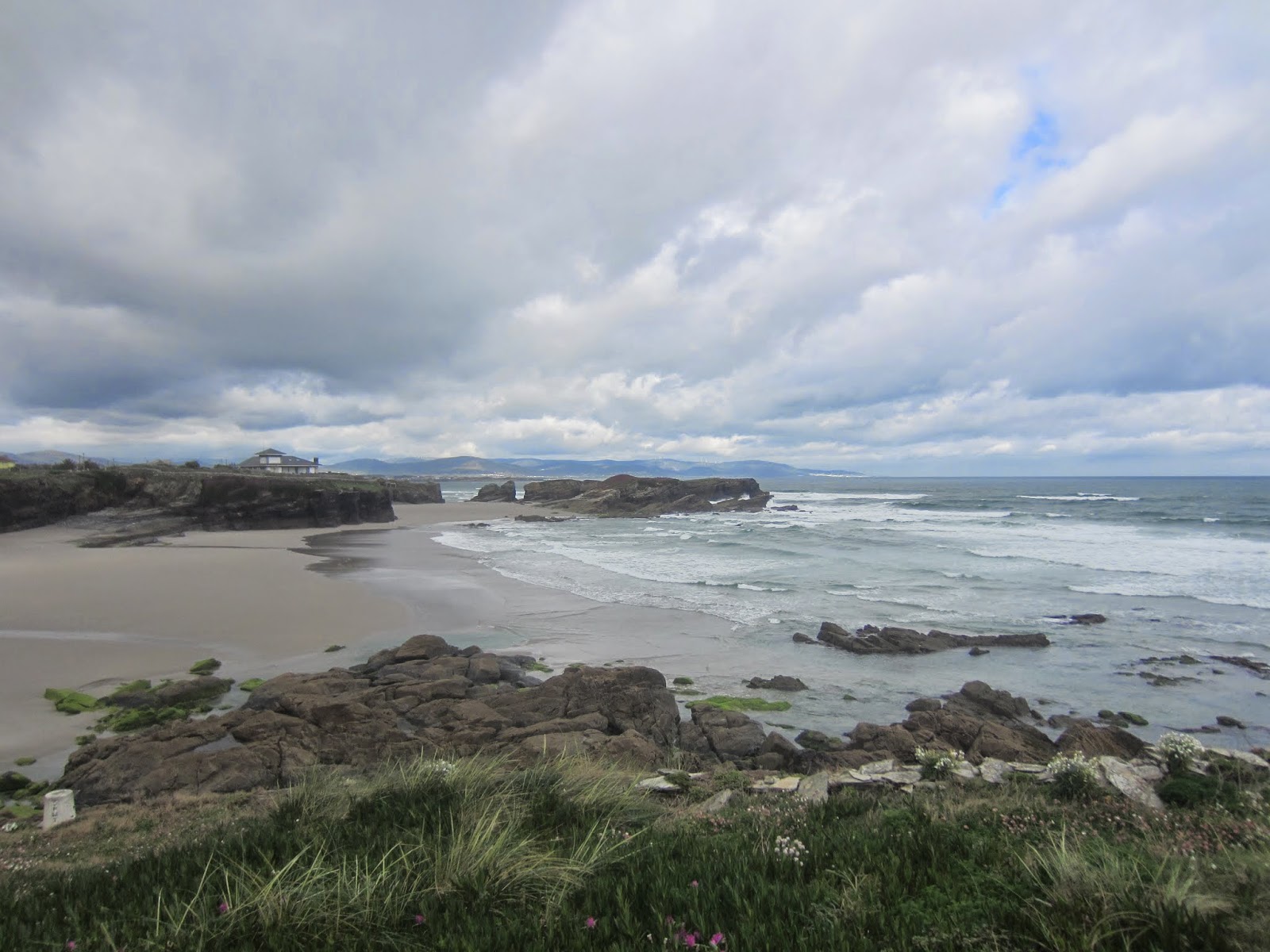 That's it for our Galician coastal adventure. We didn't see the sea for a while after then. This was 28 April 2014. Our aims were to spend the last weekend of May with friends in South Germany and then meet up with Jamie's parents, James and Mary. As they've got their own motorhome, we drove together through a bit of Germany and Czechoslovakia.

So next, we knew we had a month to spare before meeting up with friends and family. After discovering a bit more of Spain, we spent a bit of time in my home country, France! I knew we wouldn't be able to meet up with my mum and sisters (they live in Normandy and Paris), but instead we'd decided to go to the Auvergne. One of the regions of my childhood; my mum's home and where we'd spend Winter holidays with my grandparents in the 1980s. Our vague plan was then to discover the Vosges and Alsace-Lorraine before crossing the border of Germany.