Posted by wakeyjamie on June 02, 2018
If you thought that the roads and driving were bad in Albania and Romania then one hasn’t experienced Russia – it is a whole different level. What was meant to be a smooth major dual carriageway from the border to St Petersburg (P23/E95) ended up being a crazy mess of bulldozers, contraflows and endless roadworks. It seems they’re rushing to get things done before the world cup starts. It's made somewhat harder by crazy drivers overtaking and undertaking whenever and wherever they can. 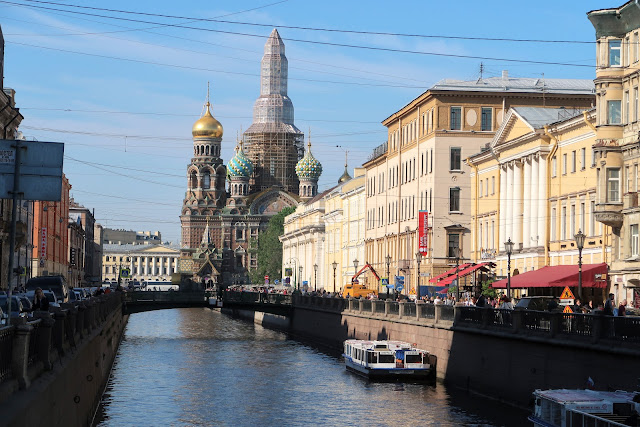 The speed limit being limited to 50km/h rather than the usual 90 for very long stretch at a time felt very frustrating, and harder still that the locals didn't seem to want to keep to it, and were getting frustrated by us sticking not exceeding it. It really seemed that we would never make it to our first stop. And handling the ring road around St Petersburg was very hairy, but we did make it, eventually! 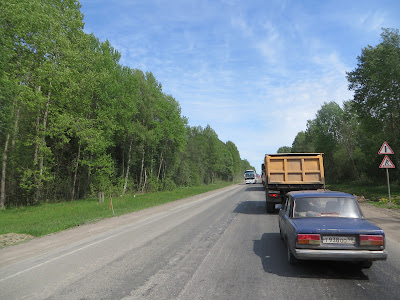 First stop - Hotel Phlogiston on the outskirts of the capital. After near-six days of constant driving, we were, at first, very happy to drop our anchor here. We didn’t feel too alone too as a couple of motorhomes were also parked in the small car park at the back of the hotel – one was even Russian-plated, but seemed to be stored rather than lived in. We asked to register our passports (registration was always a bit of a mystery, but after reading a lot about it, we’ve come to the conclusion that unless one is planning to stay longer than seven days in a city or town, it is not necessary to register. In our case though, it differs as, if that town or city is a World Cup host, then one has to register within a day). With my basic Russian, we managed to get two loads of washing done instead of having it priced per item! (Jamie wasn’t as shocked as me; his travelling experience through work had taught him that hotels offer more of a laundry service rather than a laundrette). After all this we headed out to treat ourselves to a meal out. It was nice to finally stretch our legs for longer than a few metres! 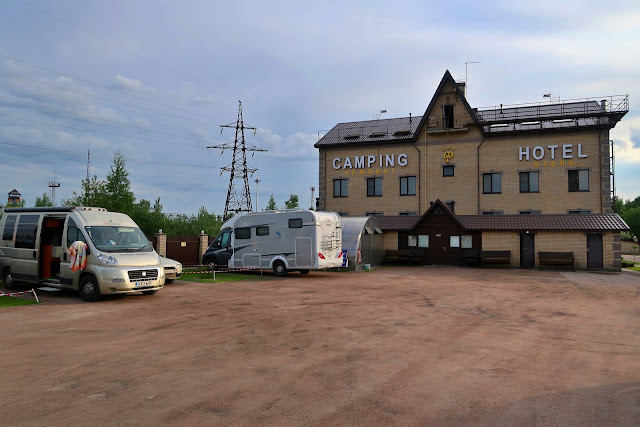 The area wasn’t the most beautiful to walk through – Hotel Phlogiston is on the side of the main ring road and lots of tower blocks each one looking like it could do with a good lick of paint. But despite the imposing blocks, we saw lots of families and young people skating, chatting and drinking in the late ‘White Nights’ evening sun. It was really nice to be walking amongst all this after so many days driving. This was a good first impression of Russia. 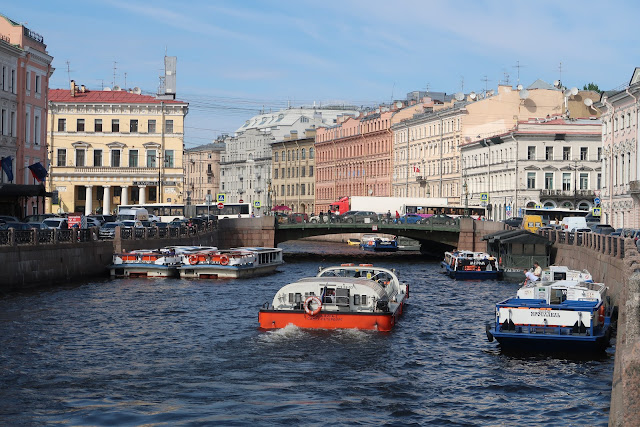 Trying hard to choose a place to grab a meal, we decided on a little local pizza restaurant, I had noticed a group of four pretty drunk men sat at the only other occupied table, but had tried to not catch their attention. However it didn’t take them long to grab our attention, and in the space of a second, two of them were stood around Jamie trying to coerce him in drinking a shot of vodka. They really did try hard to force him to drink a massive shot. In the end Jamie used Google Translate to convince them that he was unable to drink due to severe health problems. As soon as they realised this they shook his hand, apologised and went and sat back down. We ordered our usual Italian combo, Spaghetti Carbonara and a veggie pizza. 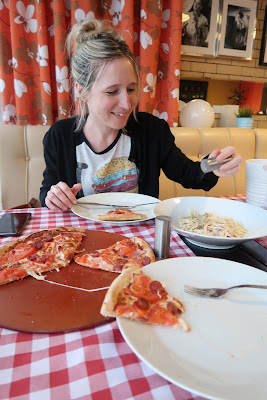 Camping Progress
After one night at the Hotel Camping, Jamie had read about another campsite in the grounds of a cultural centre much closer to the centre. We made a decision to leave, and packed up and headed there. We couldn’t believe it when we arrived and saw another campervan from of all countries, China. They had come all the way from Yunnan Province which is about as far as you can get away. They planned to see all of Europe on a 6month trip. Crazy!

After we had plugged in and paid the owner (quite expensive for no showers; €20 per night) we walked towards the centre. We debated over and over about braving the massive queues and high ticket price for the world famous Hermitage. I know it could be a decision we live to regret but we decided against it. Instead we headed to the Peter and Paul Fortress, and we sat and ate our packed lunch opposite the cathedral where the Romanovs are buried. We continued our walking tour and then explored the world famous beautiful subway system before returning home our van. 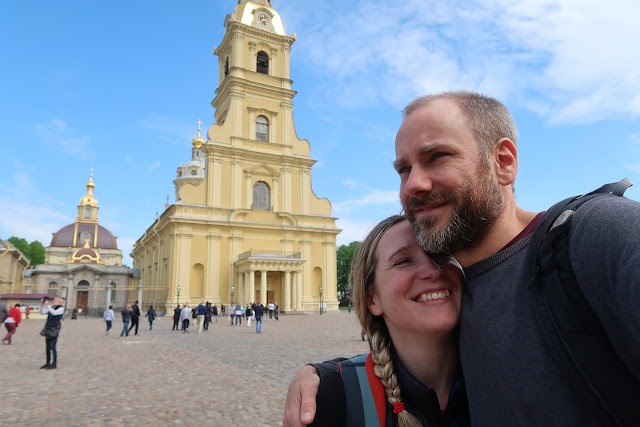 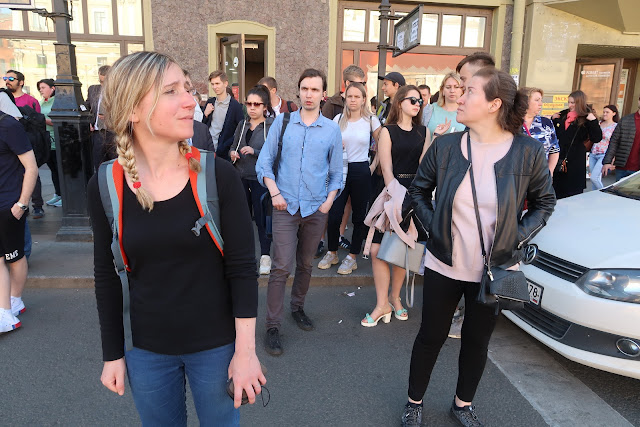 The next day was my birthday and Jamie had planned a nice long walk to The Street Art Museum. A must see if, like me you’re a fan of this art form. There’s also a trendy cafe doing nice but slightly overpriced lattes. This was it for our time in St Petersburg. The next day we packed up and braved the roads again. Next stop… The Golden Ring. 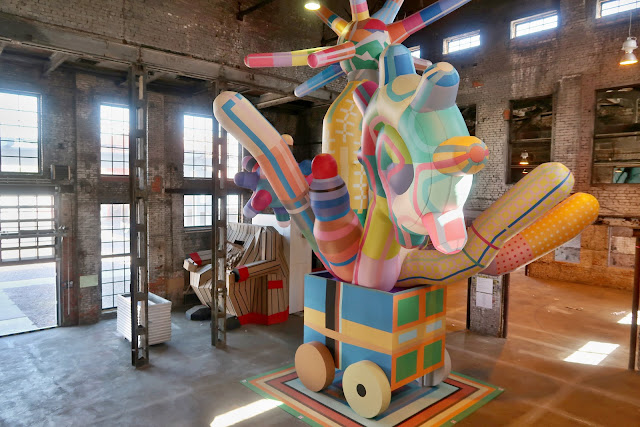 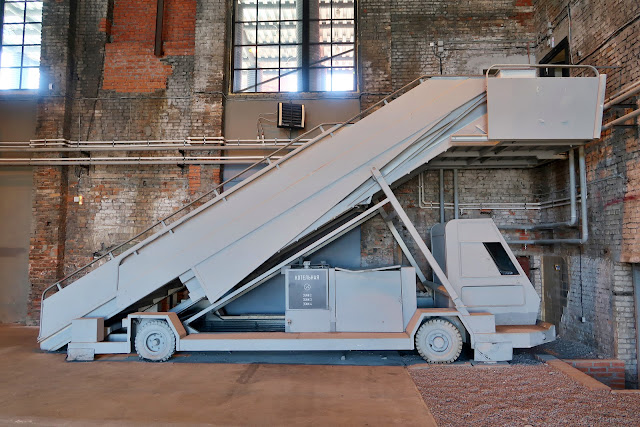 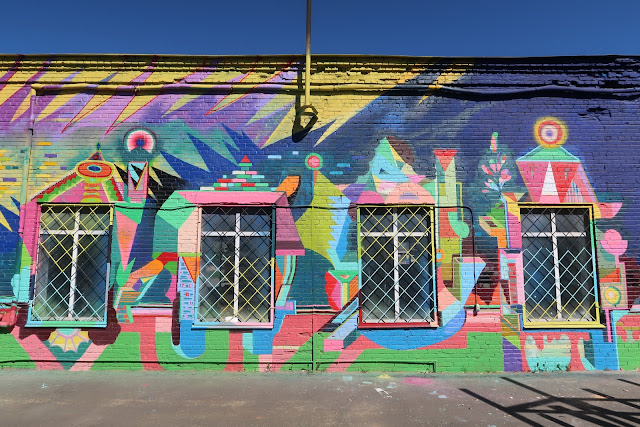