Posted by wakeyjamie on August 08, 2018
We continued our route south and onto the former capital of Almaty. A city that Lonely Planet calls Central Asia's most cosmopolitan city. We had researched a couple of hostels that allow 'camping' on ther private parking areas. The first we went to looked pretty full as it already had a massive French camper. After a long and stressful drive in the traffic-ridden-outskirts of Almaty, we headed on to Hostel Amigo.

It wasn't a picturesque scenery, but here we were able to park for a couple of Euros plus a bit extra for electricty. What a luxury it is to be able to plug our van in! We have relied so much since we left Europe on our 200w solar panels, but it means we are always at the mercy of the sun, if it isn't shining we can't always charge our stuff.


Anyway, back to Almaty, we were able to do some much-needed laundry and, for our first night, we went out and ate at a little South Korean Street Food restaurant. For about £6 we had a lovely meal. I even tried some Kimchi (fermented cabbage) for the first time. Apparently it's all the rage back on London. It was pretty spicy though so I didn't eat that much of it.

Almaty is a green, leafy city with big well tended parks that buzz with young couples and families. One of the sights we took in was the famous Green Bazar, a below-ground market that bustles with traders selling everything from powdered spices, fruits & veg to horse meat. It's pretty amazing and gave us a taste of other silk road markets we might see along the road to Uzbekistan. 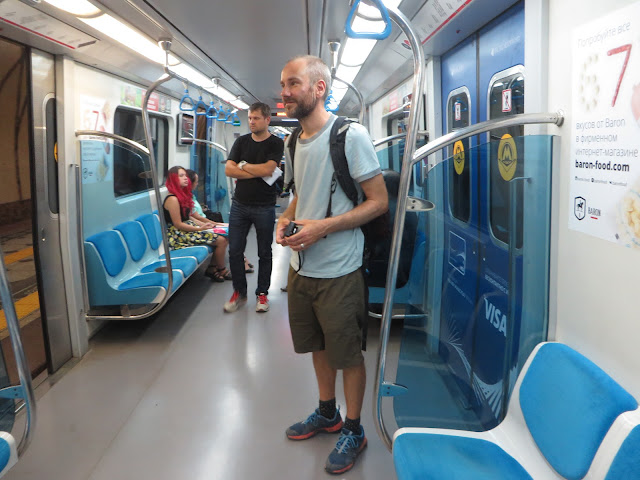 After a couple of nights in Almaty we were again itching to get back in to the countryside. And to, maybe, somewhere a little cooler. The mercury was due to touch 40C in the coming days and the mountains to the north are meant to be a little cooler. So we battled through crazy and, at times, suicidal traffic to head towards the Altyn-Emel National Park, which has both some Singing Sand Dunes and a 700-year-old Willow Tree that, legend has it was touched by Gengis Khan. Not sure exactly what 'Touched' means, maybe he just lent against whilst he had a wee. 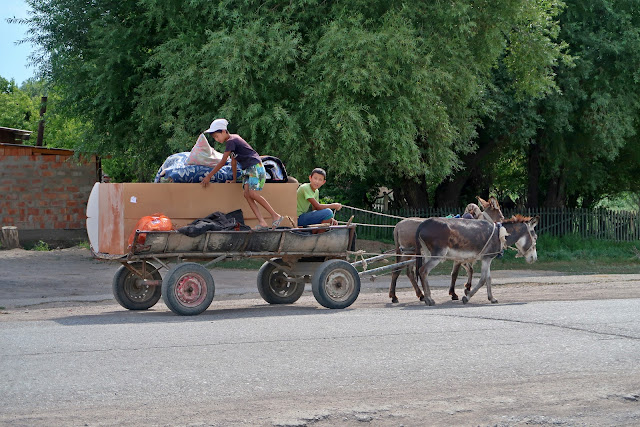 Visitors must purchase a permit to enter and thanks to the invaluable 'iOverlander' app we were able to locate the office in the small village of Basshi. For about five pounds we were given the required paperwork for myself, Jamo and the van to enter the park for 24 hours. He even managed to show us a few places and route on our mapping app, Maps.me.

We headed off to the Singing Dunes, along a badly asphalted road which gave way to a corrugated dusty gravel road. We reached the checkpoint after about 3km where a lovely old man checks your papers and whilst other groups in 4x4s got their papers checked. We asked how much further the dunes were and, to our shock in broken Russian and English, he said about 45km. This would have shaken the van to death and would have taken us about two hours each way so we decided that the Willow Tree was a better option. This was only 23km away and as far as we could understand, the road was pretty good.
The road was quite drivable for about 12km but then it turned into a gravelly dusty mess. But once you've come this far, you feel like you have to carry on, so we did, and how glad we were we persevered.
When you picture a desert oasis in your head, this is pretty much what we were greeted with when we arrived at the 700-year-old Tree. The tree appeared to be in someone's garden, but the only people there were too young brothers about 12 and 6. One wearing an Arsenal top. In their garden there was a nice little lake, a big vegetable patch, and a lovely fresh cold water spring which created a little stream running through it. The two lads then showed us a massive gushing warm spring which was like a massive power shower. This place really was special, we decided to camp there for the night.

We had brought with us some postcards of Wakefield and some pens and pencils so we could give them to people we met along the way. To say thanks for showing us the amazing shower spring we gave  the boys a couple of pencils each and some Wakefield postcards, plus some t-shirts we had been given in the mobile phone shop whilst buying our Kazakh sim cards. They seemed pretty happy with our gifts. I tried to ask them where their parents were, to which they said in another town, but no one came back that night, so weren't really sure what was going on with them. But they were very sweet lads.
Our time in Kazakhstan is drawing to a close, (we will return to this country on our way back towards Russia) and we are now heading towards Kyrgyzstan. We have spent the last couple of nights near the small town of Kegen. Here we found one of our favourite wild camping spot, on the side of a quiet road, at almost 2000m. There is also a spring that gushes out ice cold fresh water. We did a bit of laundry here and washed some of the crusted dust off the van. It's a popular spot with locals, wild horses and cattles. We seem to have the most fun at springs here, we always meet lovely families and locals. 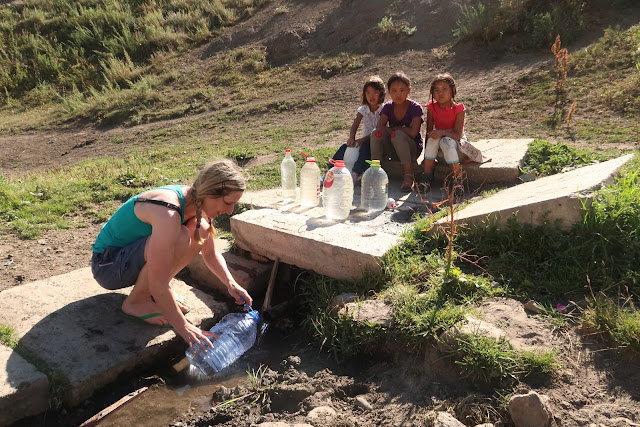 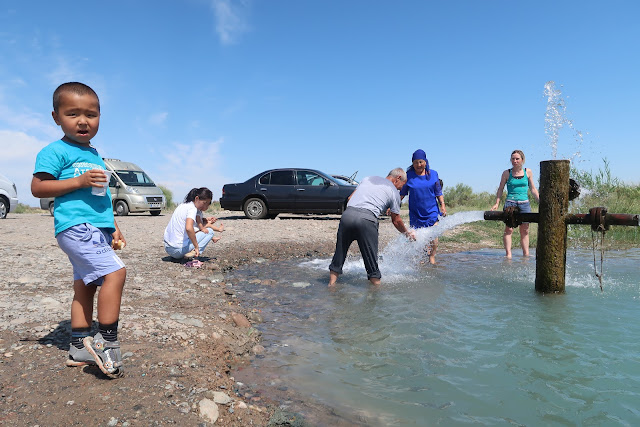 Anyway, over the next few days we are gonna head along a road we have heard is a bit bumpy towards the border crossing, and then to Karakol crossing some passes which tip the 3500m mark. I hope the van can cope with the altitudes. Bye bye wonderful Kazakhstan, see you in a few weeks. 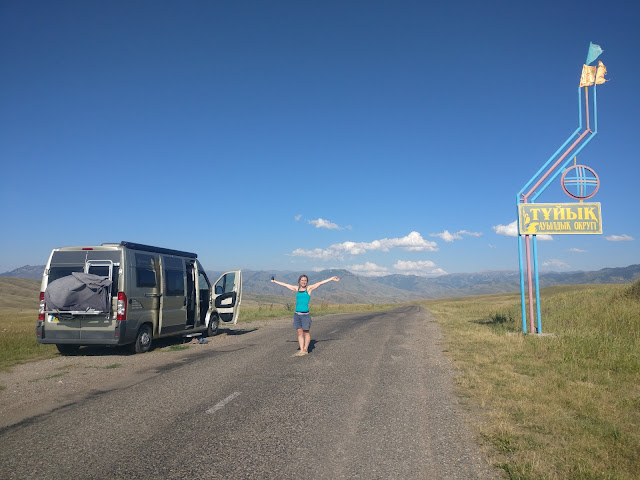 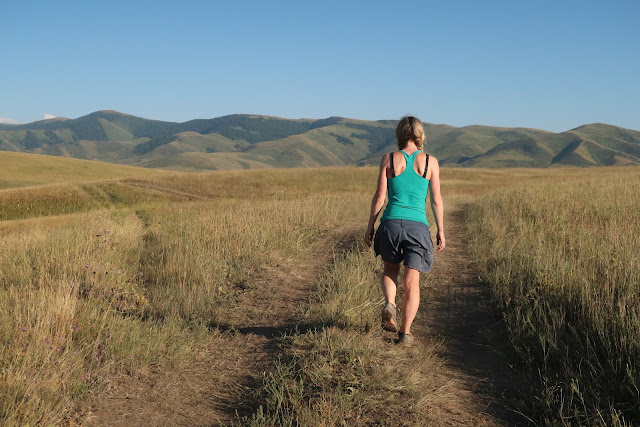 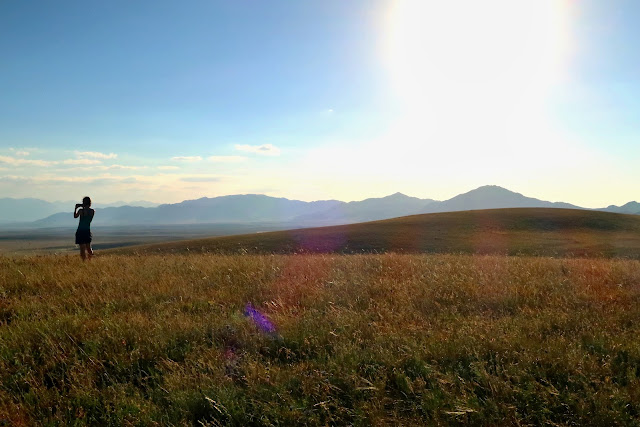 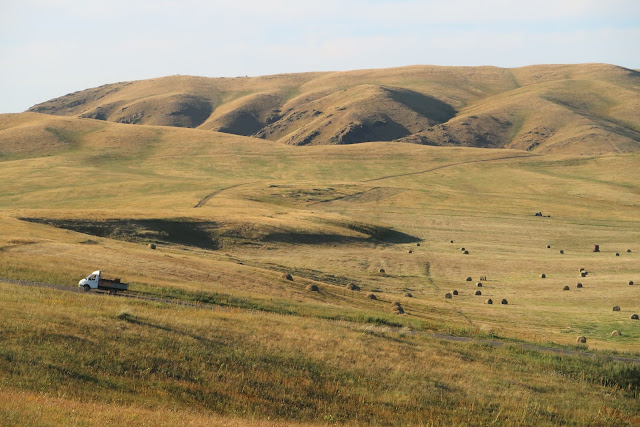 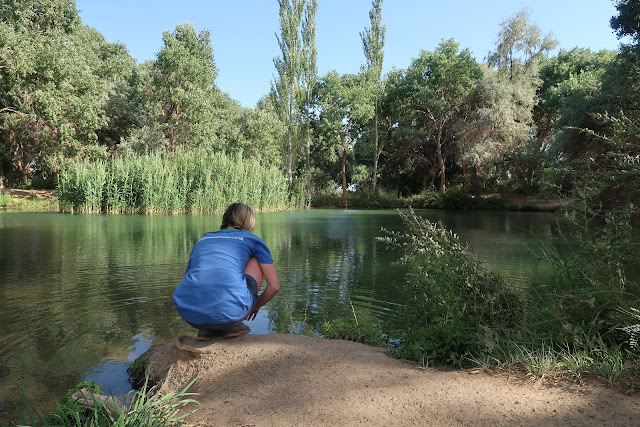 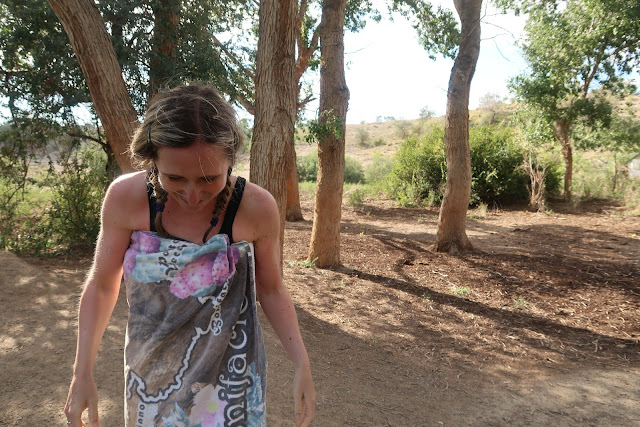 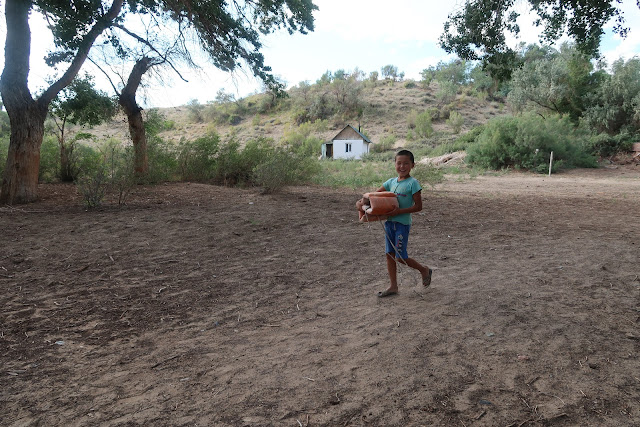 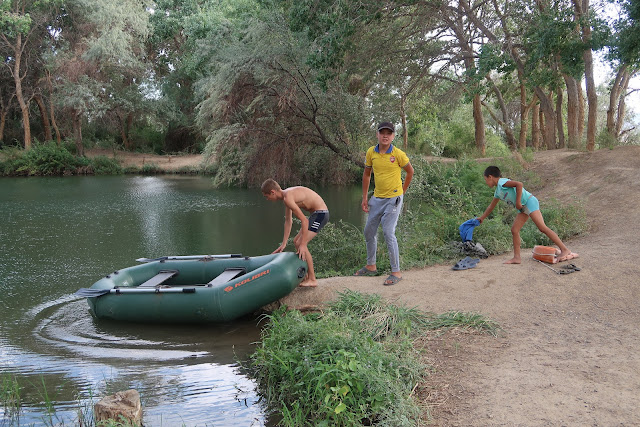 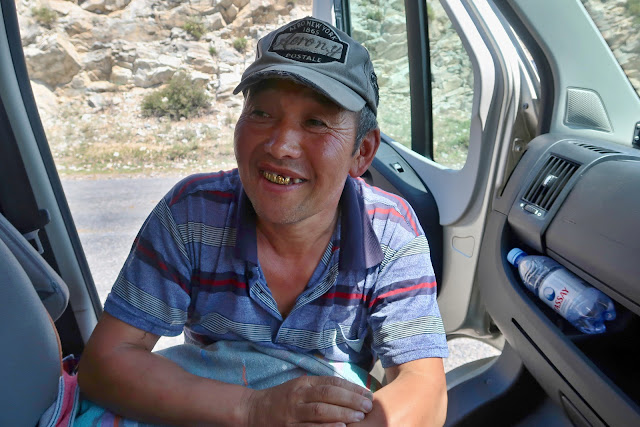 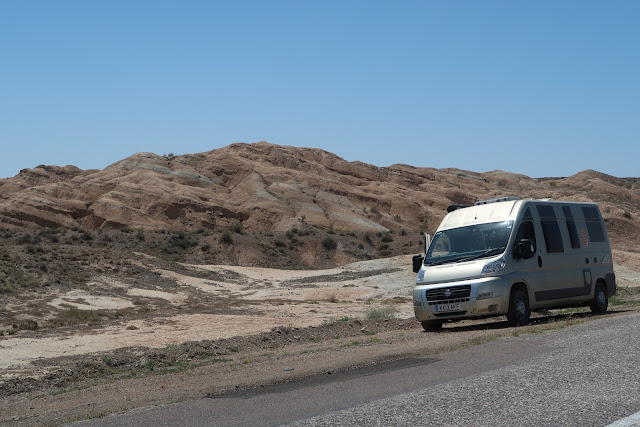