Posted by Unknown on July 15, 2018
Well, we thought we were ready to leave Tomsk without any hitch, but our central locking system stopped working on us. It did; it was working fine and a literally a second later, it wasn’t; leaving us wondering what had we done wrong. We could shut the van manually and use the engine key which were most important though. But it was a bit of a faff. And was a bit of a trial and error. 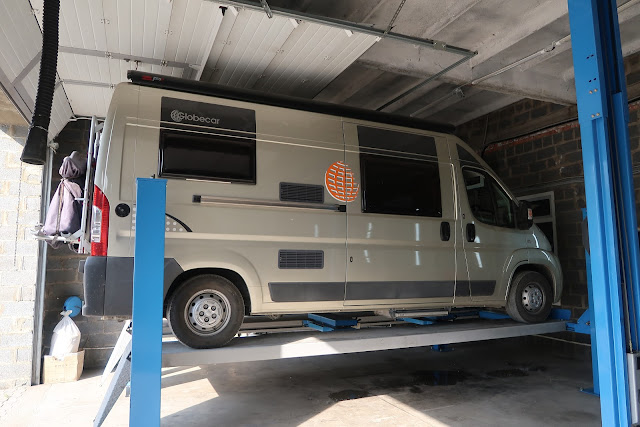 It was still fairly frustrating and so “DIY Jamie” took it upon himself to try and get to the bottom of it as he’d so successfully done with our water pump (see our previous blog…). He tried several tricks recommended online – taking it apart and putting it back together; replacing the battery, holding down buttons for 10 seconds whilst turning in the ignition. Unfortunately, this time around, nothing worked. Being an electrical problem rather than a mechanical one, we looked up Fiat/Peugeot garages specialists online. There weren’t any in Tomsk but Kemerovo and Krasnoyarsk both had actual dealerships. So we crossed our fingers and set off.

There is something quite unnerving about dealing with any problems in such a different country from your own and in a totally different language. With my basic Russian skills and Google translate, we went first to Kemerovo. They were lovely, but their mechanic couldn’t figure out what was wrong. His computer system kept showing that everything was fine with our locking mechanism. They were sorry, there was nothing they could do. We both thought we ought to try everything we could and made our way to Krasnoyarsk – a long way, but worth the detour before heading to the Altai mountains and Kazakhstan.

On the way we had another sleepless night, Jamie thought it would be nice to camp next to a tiny rural railway station, which in a way it was except that it turned out to be one of the busiest freight routes, possibly in the world I think. And along with the freight trains passing every 10 mins all through the night, we had to deal with the scourge of Siberia; the mossies. I seem to react much worse than other people and take longer to heal. Jamie gave me some mega strong anti-histamines which seemed to work but also knocked me out. 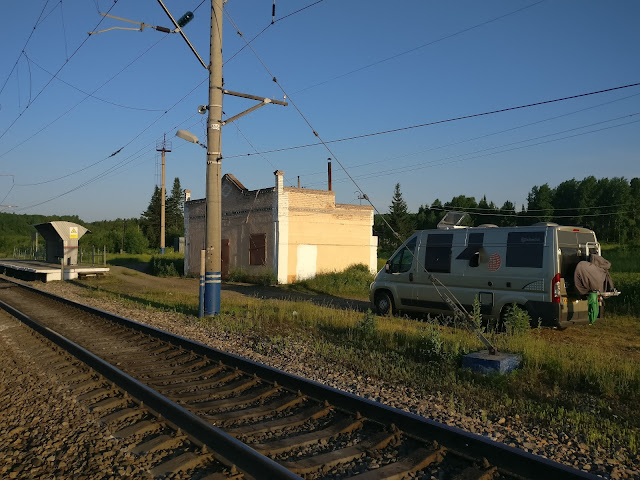 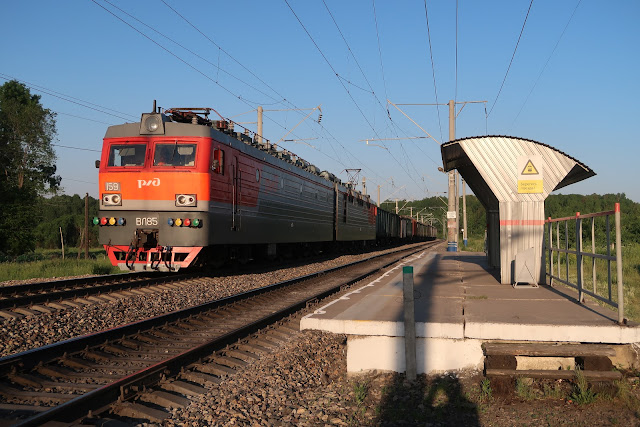 Onto Krasnoyarsk. We made our way to the Peugeot Garage there, and as luck would have it we met the head mechanic, a lovely guy called Roman who spoke amazing English. Whilst his staff went to work on our van, he invited us into his office for coffee and chats. He told us all about his trip with his wife to Altai and told us all the best places to go. And above all, he was able to fix it. As it turned out, it was a simple case of disconnecting the battery, leaving it for ten minutes and plugging it back in. He explained it was the same as rebooting a computer, and it worked too. When I got my wallet out to pay, he amazingly said, no charge, and wouldn't accept anything. Roman - Thank you so much!

So after deciding that Lake Baikal was too far we headed back towards Barnaul and The Altai Republic. Still feeling drowsy and lethargic from the anti-histamines, I was having a snooze in the back whilst Jamie was driving. Suddenly we stopped and I awoke to Jamie sounding a bit panicky exclaiming that there were plumes of white smoke coming from the exhaust!

I felt so bad about sleeping and not having supported him. We were really in the middle of nowhere. So, we sent our friend Roman, back at the Peugeot Garage a text and told him where we were, he replied in a matter of minutes and said that a garage in Achinsk were waiting for us and would help us. We couldn't believe how nice and helpful he had been. So we made our way to AvtoServis in Achinsk, and Alec was expecting us. After a little inspection, he told us that the smoke was most probably down to the rubbish diesel in Russia. And it would tie in too - out of desperation a few days prior we had stopped at a well dodgy rural petrol station and filled halfway with diesel that cost about 40p a litre. (normal price for good stuff is about 55p in Russia) 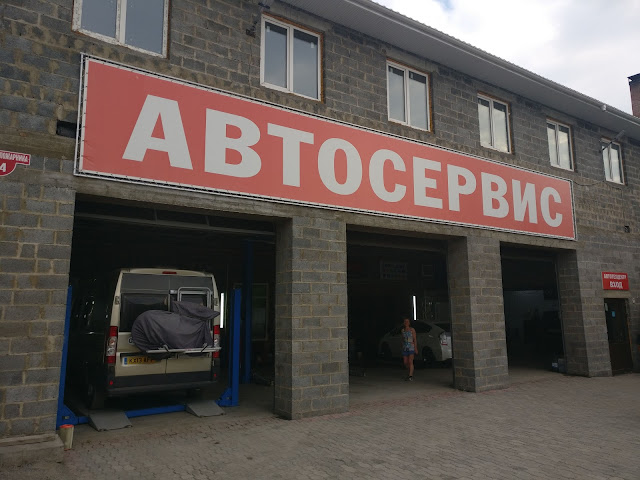 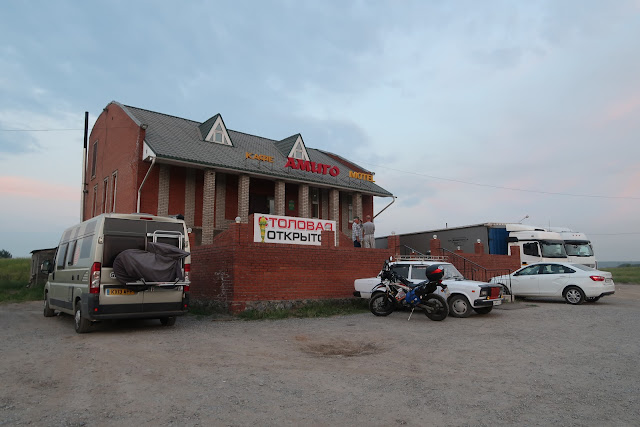 So we decided that this was a good opportunity for an oil and air filter change. Alec and Roman, thank you again for all your advice and help!