Posted by Unknown on June 21, 2018
Jamie had done a lot of research to find us some (very exciting) hot springs. When one is driving for what seems like endless kilometres at times, the sound of a natural- and hot source of water is bliss. We definitely wouldn’t have been able to find them without Jamie’s help. One has to be “in the know” even to find the more built-up springs. The first one; Berazkova Hot Spring; was a basic recreation centre with its own menagerie (turkeys, pheasants, geese, ponies and even camels!) only signposted as “Istochnik” (meaning “Source”) at its turn off in the middle of nowhere. It had a few chalets, a fishing lake and a little café, but no showers. 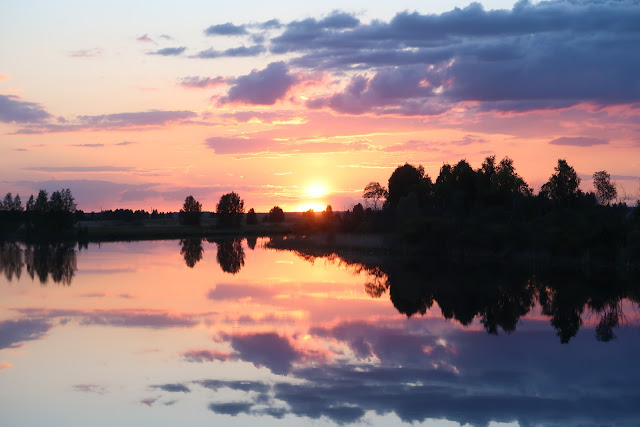 We had arrived late and once again there was a look of bemusement as the lady looked at our registration plate. We paid for one night and drove to where we thought it was ok to camp. We got shouted at a bit and told to go somewhere else (in a nice way). 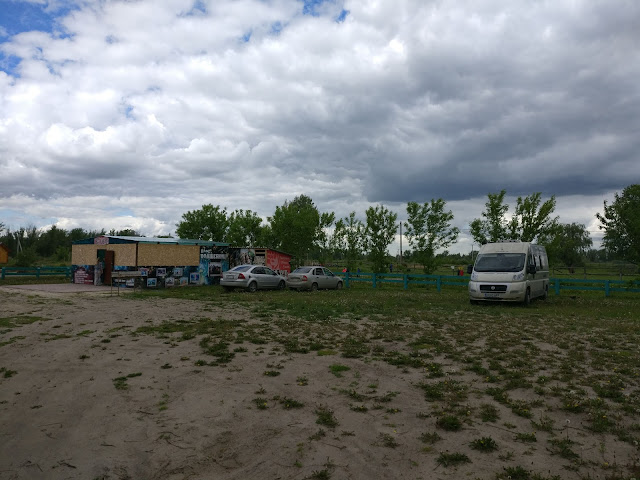 We parked the van, did our usual turning on the gas and switching the fridge over from 12v then headed over to the little pool where a few elderly Russian people were happily enjoying the evening sunset and the water. It was actually a bit of a disappointment after the amazing hot geyser we had found in Tobolsk, the water was a bit smelly (sulphury) and not that hot. But we were glad of a soak after a day’s driving on bumpy roads. 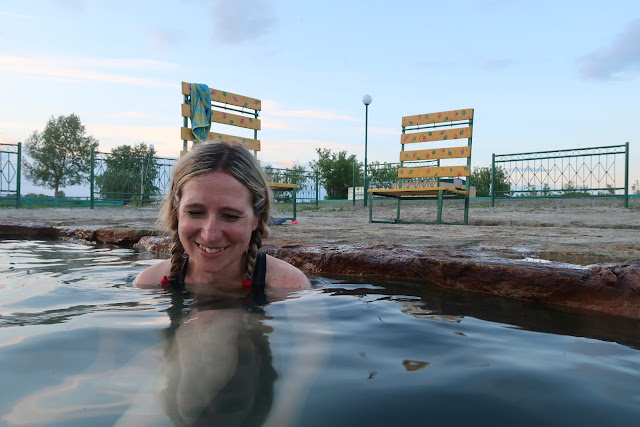 We thought we had found a little piece of paradise with this little campsite and had already made a plan to stay a few extra nights, and to cycle to the little nearby town to find a cash machine. Well, this little piece of paradise became more of a little patch of hell when we again had a night of endless mosquito action, high pitched ear buzzing and then to top it all off, some local youth arrived at about 3.30am and started to blast out some shite Russian generic eurotrance. This woke us both up, although I think Jamie hadn’t been able to sleep at all. This went on until about 6am when at that point another camper went and gave them an ear bashing. I had considered going out and trying to ask them myself, but I don’t think this would have had a good outcome given the language barrier.

So the next morning, very bleary-eyed we scrapped all the nice ideas we had and ‘did one’ out of there. Onto the next hot spring Jamie had found. There’s only so much Russian pop trance you can take. 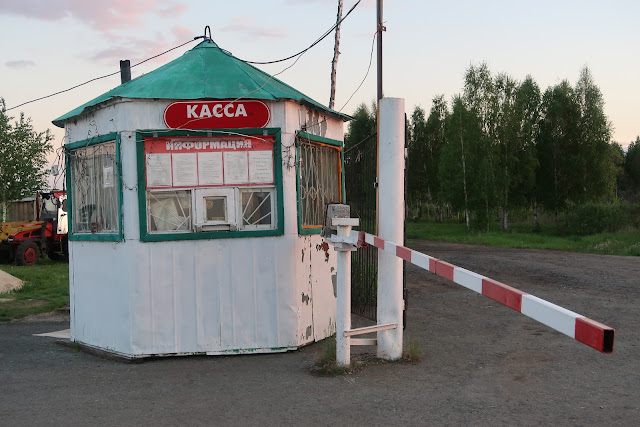 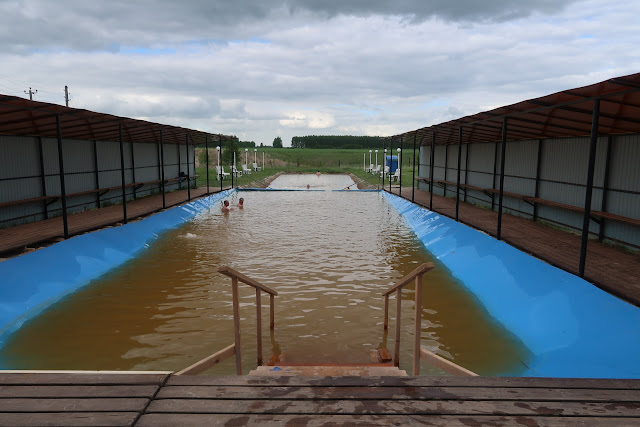 So onto Hot Spring Novoderevenskaya, which was hard to find and didn’t even seem to exist. But we found it, and it was really nice, like a basic outdoor swimming pool someone had dug themselves with a spade and wheel barrow. We made the tentative decision to ask if we could stay the night and Viktor made us very welcome. Even giving Jamie a little guided tour later on that evening. 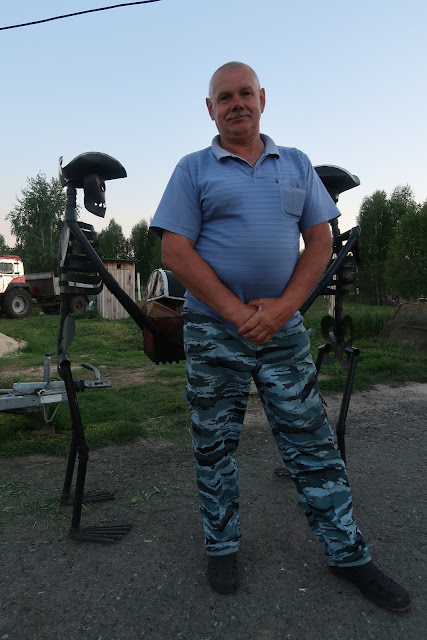 We have now worked out that the mossies have got a secret way into our van, so we intend to buy some masking tape and mask the shit out of the top rooflight window. We hope this will work because the high pitched buzzing noise is driving us to insanity, nightly.

After leaving the hot spring area we had a mega drive ahead of us to get to Tomsk, the student capital of Siberia. Out nightly campsites were Gasprom Petrol stations along the Trans Siberian Highway, which make for very atmospheric night photos. We always try and ask inside the shop and always we are greeted with a lovely smile and an 'Of Course' reply. 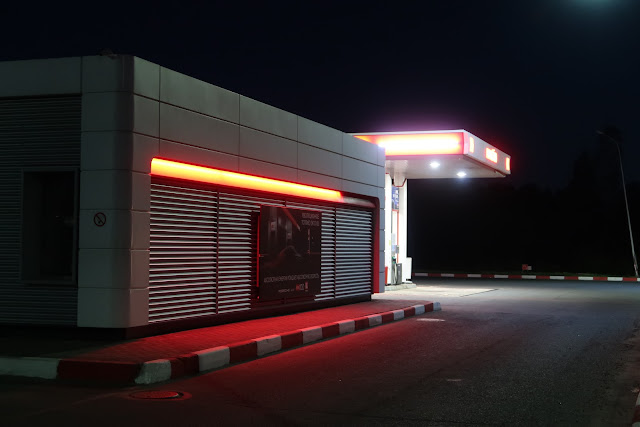 
Our search for water brings us to a lot of street taps which many locals make trips to, to fill their own water containers. This has lead to some nice interactions, and people shocked that we have driven all the way from Yorkshire. 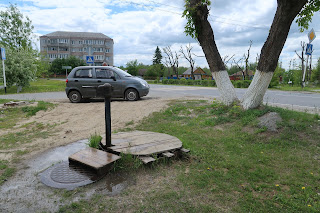