Posted by Unknown on June 21, 2018
We thought we had everything sorted after filling up at the nice spring and that we would be able to leisurely stop early for the night at one of the trucks’ stop along the main highway, but we had a bit of a “oopsy”. As I was turning the gas on, I heard “Big F****!” coming from inside the van. Jamie had opened the bathroom door only to find out that the top of one of our five-litre bottles hadn’t been put back on properly. Yes, it meant that not only we’d lost some nice spring water to drink but, worryingly, the water had run under the fridge, under- and in to the cupboards and under the bed. We didn’t spend too long arguing over whose responsibility it was as it didn’t matter, we needed to get the job done. We spent about two hours unloading, wiping, drying and airing everything. 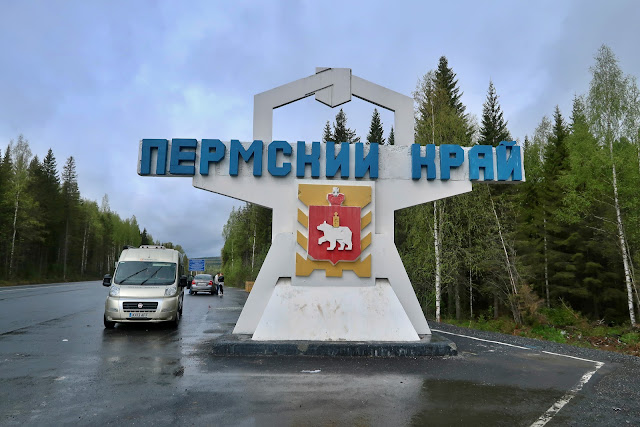 We also realised that we had crossed two time-zones that same day… Dinner was very late that night.
We continued on to our way to the industrial city of Perm for some much-needed laundry combined with a visit to its Perm Contemporary Art Museum. Focused on one artist, with less than twenty installations displayed onto two floors, the whole visit was done in no time. The very abstract and ideological explanations of the whole show couldn’t differ more from our next stop. 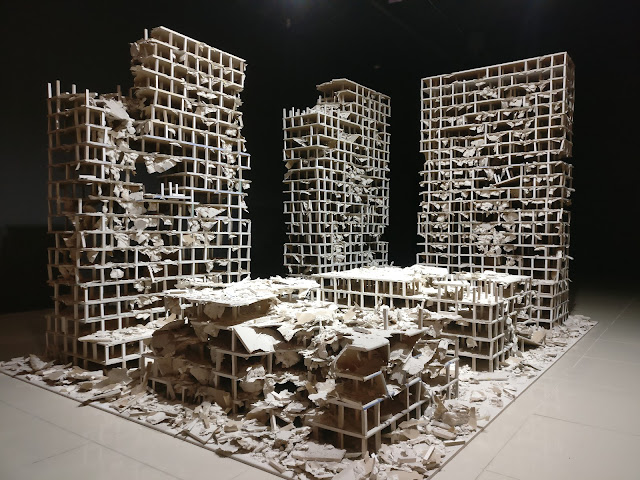 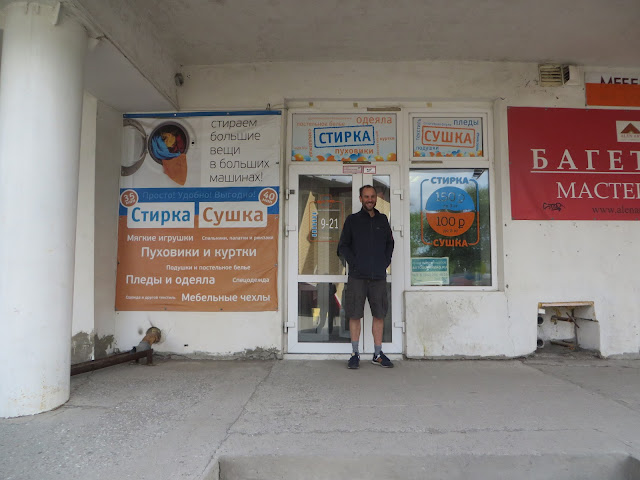 Perm-36 – one of Russia’s infamous Gulags which dotted Siberia. There were many internment camps such as this one from the early twentieth century. Built out of wood, most of them simply disintegrated back into the tundra as they were left to rot after shutting down. This one, however has been preserved as a museum. It’s totally out of the way but we made the decision to head there. And we were very glad we did. 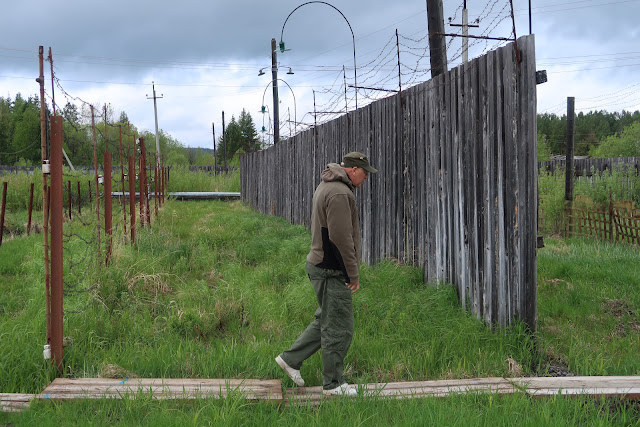 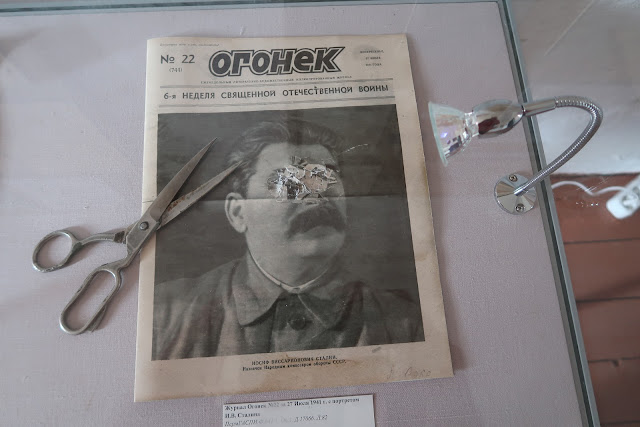 We arrived after driving down a long, long detour unsure of what to expect, greeted by a lovely smiley man called Sergei who became our own personal tour guide for the morning. With his broken English, Jamie told him he was from a town near Manchester, he really seemed to love this and kept repeating ‘Ahhhh Manchester United’ over and over. We were treated to a lovely tour and Sergei put so much emotion into every exhibit. Explaining how so many people had been rounded up and sent to camps like this one. Many women had been forced to work there during the Second World War whilst the men went to fight. Later on many were political prisoners, sent there for such minor things as defacing pictures of Stalin. (Twelve years hard labour for that minor misdemeanour.) 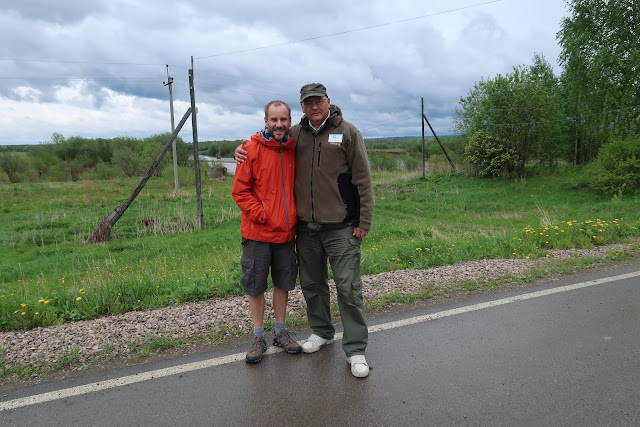 I’m sure he tells everyone this, but Sergei told us he would remember us forever, and hugged us as we left. We will remember him forever.
That night as we headed on through western Siberia we were desperately looking for somewhere to camp for the night. We unknowingly pulled off the road up to a big monument. It was the border between Europe and Asia. Although a little bit arbitrary, it was a bit of a local focal point. Everyone who stopped wanted to talk to us and ask us where we were from and where we were heading. And then of course a selfie. We feel very lucky to be able to do this trip, and we were a little nervous about traveling in this country given things that have gone on in the last few months. But we have only had nice, friendly, helpful interactions with the Russian people we meet. 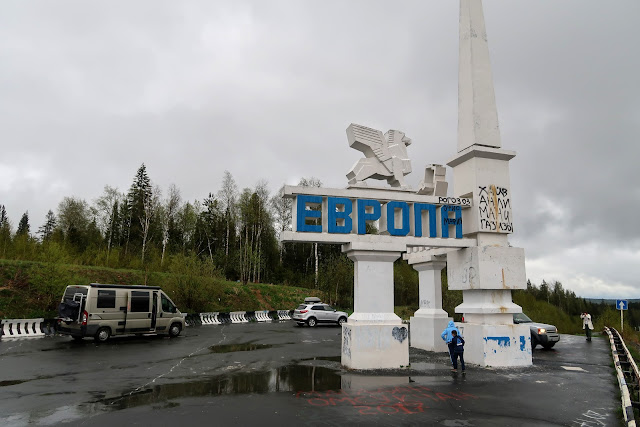 Russia really does have its own leaning tower of Pisa. And it is in a small industrial town in North Eastern Siberia called Nevyansk. We weren’t really sure how to actually pay to go up, and as such didn’t know that going as part of a Russian only tour is obligatory. So we paid and followed what seemed a really interesting group of families around for two hours, slowly working our way up to the top. Jamie was desperately trying to follow it using the new conversation tool on Google Translate. We got bits, but the vast majority was lost on us, much to the amusement and bemusement of everyone else. The view from the top was amazing though and totally worth it. 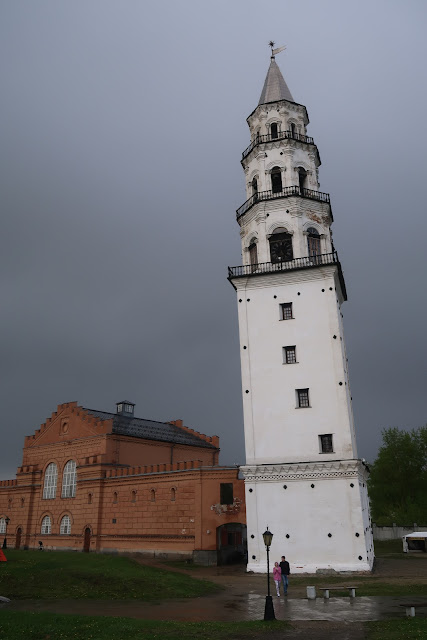 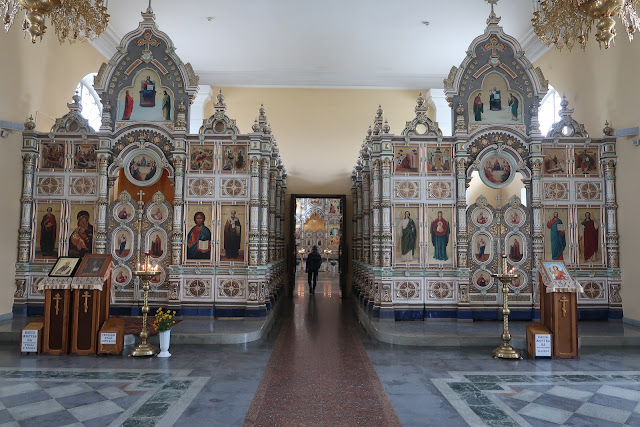 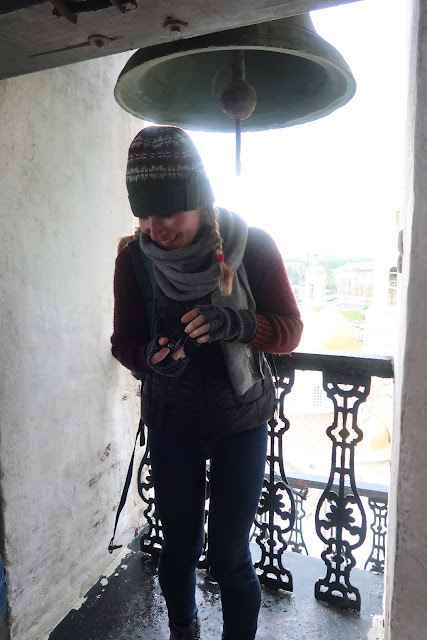 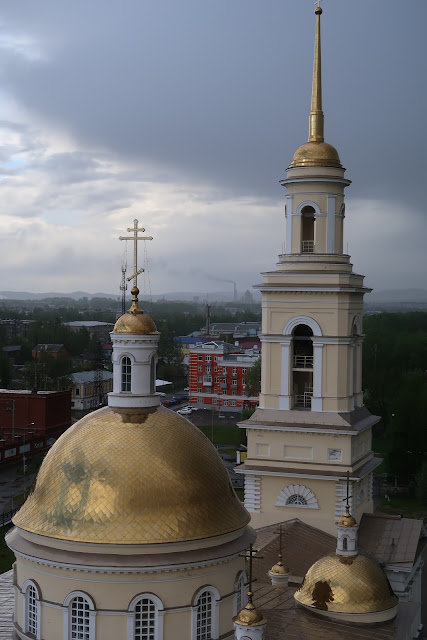