Posted by Unknown on April 05, 2017
We’ve been very busy these last two weeks and it was the first of many things;

We got very excited by our first new grass shoots! Indeed the areas we’ve cleared off- branches, twigs and moss and seeded have started sprouting! There was our first errand doggy visitor which Jamie, Zac and I gently tried to make sure wasn’t going to make the campsite his new home. Our first tent-&-climbers group which also happened to be our first visitors I had to tell to be quieter after 11pm. Indeed they’d arrived the previous night & drove in the campsite in a very noisy-drunken-fashion; luckily for us they were a lovely civilised bunch who’d already realised by the time I spoke to them that they had been a little too inebriated the night before. There was also our first cyclist-and-a-tent-guest which was our first visitor doing one of the many Routes de Saint-Jacques de Compostelle (Camino de Santiago) too! Bart’s route was the Antwerp to Santiago one via Vézelay so along part of the Canal du Nivernais, the reason why he made it to our campsite. He hadn’t had a day off cycling since he’d left Belgium eight days before he made it to Merry. The weather being lovely, Bart stayed with us for two nights and enjoyed a well-deserved rest at Camping Merry-Sur-Yonne.

These last two weeks also saw our first friend visitor which was also the first campsite-guest to have driven a Greek-plated-Fiat Doblo all the way from Rhodes to Merry-Sur-Yonne! For those of you who’ve read our blog last year, this may sound quite familiar (Our Tenth Week In Camping Le Moulin In Chef-Boutonne). Yes, our friend John came to visit us again, this time he upgraded his Fiat Panda to a Doblo instead! Camping Merry-Sur-Yonne wasn’t much of a detour as he was on his way to Ireland via Munich. John stayed with us for four nights and even became Jamie’s chief assistant gardener by the end of it!


Don’t worry, we didn’t make him work all the time and did have a bit of fun in between! There was our first impromptu dance; our first hike in the area, “Le Saussois” – a nice 9km-loop from Merry-Sur-Yonne via the top of Les Rochers Du Saussois to the small village of Magny. (“Le Saussois” is one of the 23 walks mentioned in the small book, “Le Pays d’Avallon... à pied” published by the Fédération Française de la Randonnée Pédestre). A couple of wrong turns made it closer to 12km rather than nine. It wasn’t too much of a problem as there wasn’t too much of a climb. We also went to Auxerre together, it was our first visit to the capital of the Yonne department. As we went in with John’s car, parking wasn’t much of an issue. We even found free parking spaces on the Place de l’Arquebuse. From there, we walked to Auxerre's historical centre and its former marine quarter by the river Yonne. We didn’t have any expectations and discovered a lovely welcoming city buckets of charm and character. 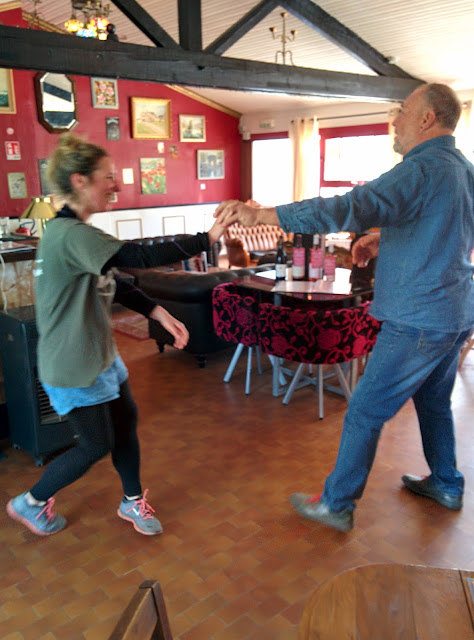 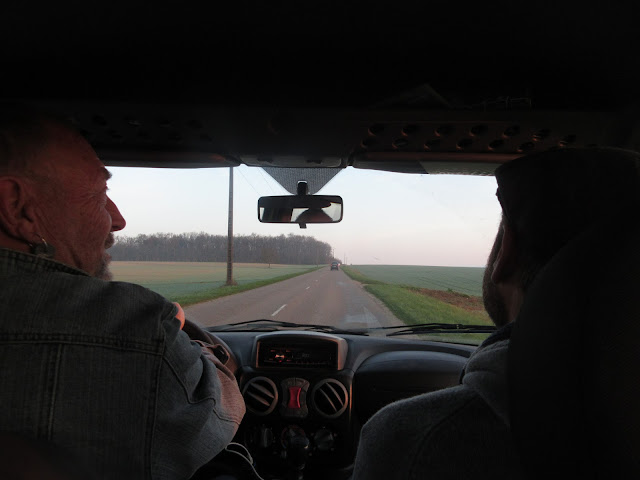 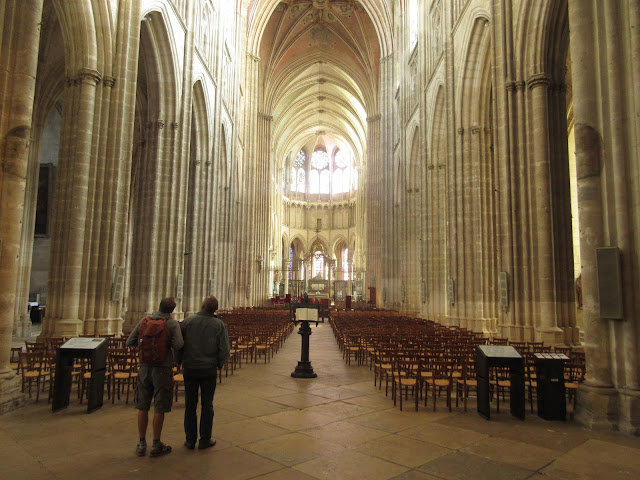 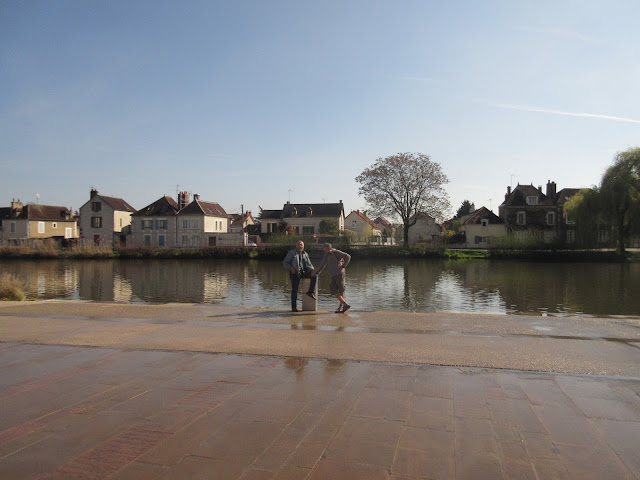 We actually played a bit of the tourists in the past two weeks so not only have we familiarised ourselves with the city of Auxerre, but we also strolled around Vézelay and Clamecy for the first time. Both towns were lovely and very quiet as we’d picked our day off, Monday to visit. For those not familiar to France’s customs; Mondays can be like Sundays in France or, at least, Monday mornings as some shops do open in the afternoon), we preferred the humble town of Clamecy to its more touristic neighbour, Vézelay famous for its UNESCO World Heritage- and place of pilgrimage, the basilica of Saint Marie-Madeleine. I must admit that our preference may have come down to one small, but somewhat important factor... Parking. Four Euros for one hour or eight Euros for half a day’s parking in Vézelay wasn’t really the most welcoming. The parking was small as well so not very handy with the AutoQuest (we’d come out with our campervan – Elldis Autoquest). Luckily, Jamie had spotted a small layby just before the entrance to the town so we turned back and stopped next to the mini van already parked there. 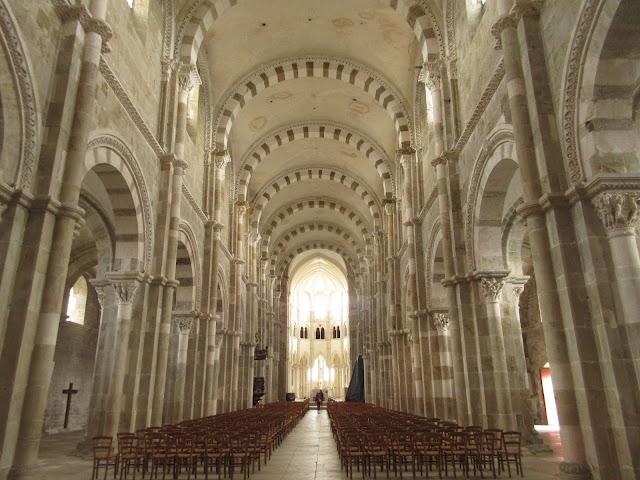 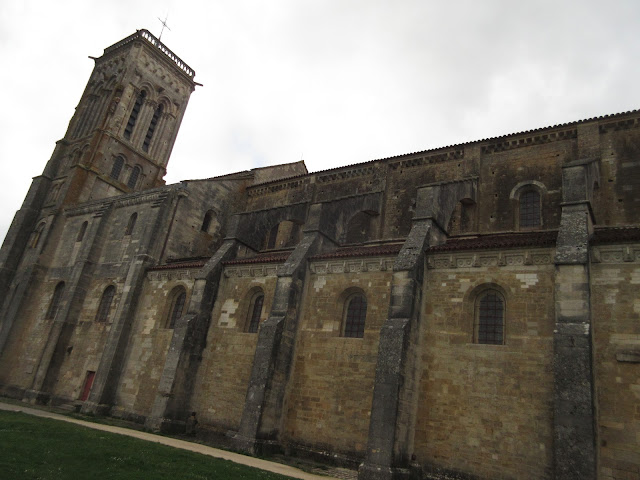 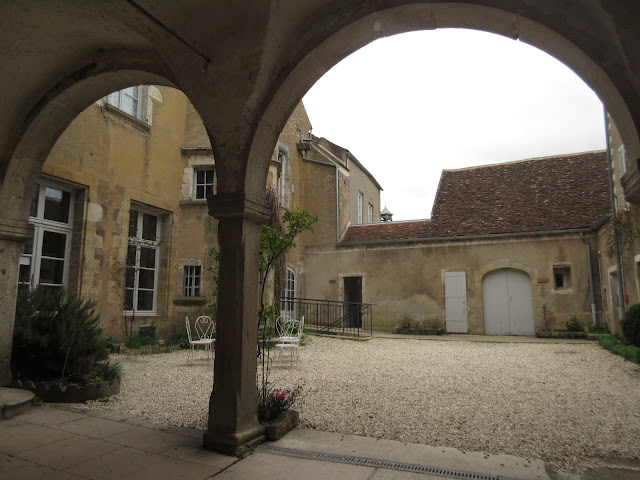 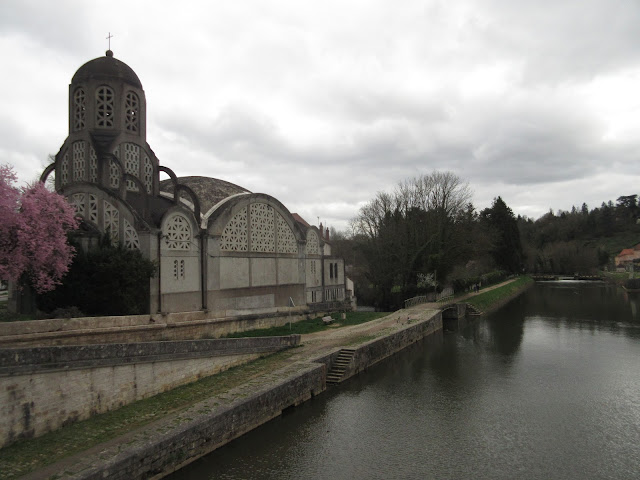 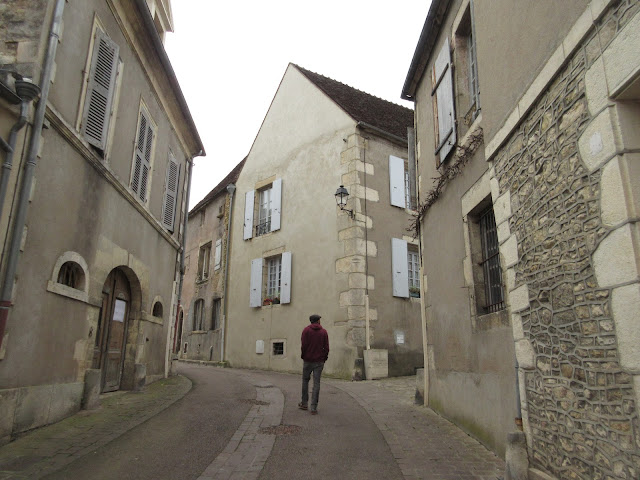 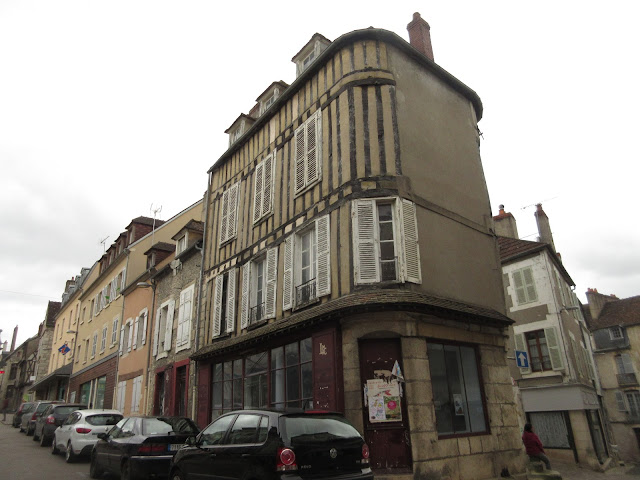 Art & craft lovers will find what they want in Auxerre, Vézelay and Clamecy – from independent shops and galleries selling potteries, ceramics and paintings from local artists to antique & brocante shops and knitted & crochets souvenirs. Of course, food lovers will find plenty of shop windows full of regional produce from local vineyards & microbreweries to local farms selling their own snail patés or rillettes, not-so-adventurous-palettes may go for the simpler Avallonais gingerbread. 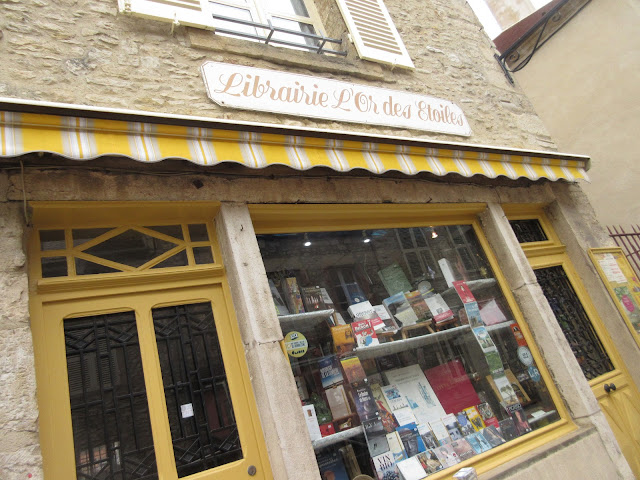 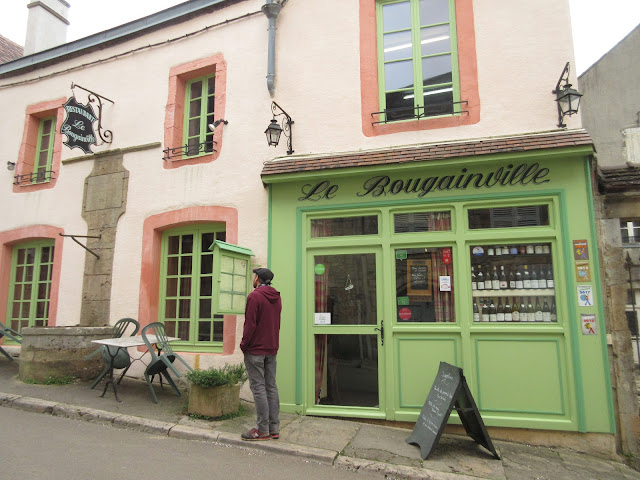 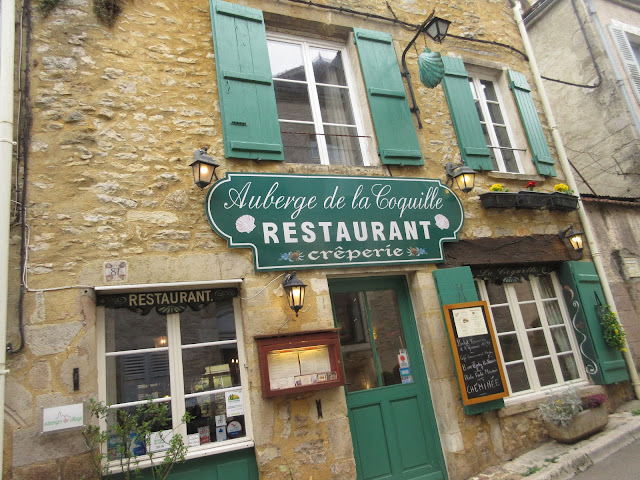 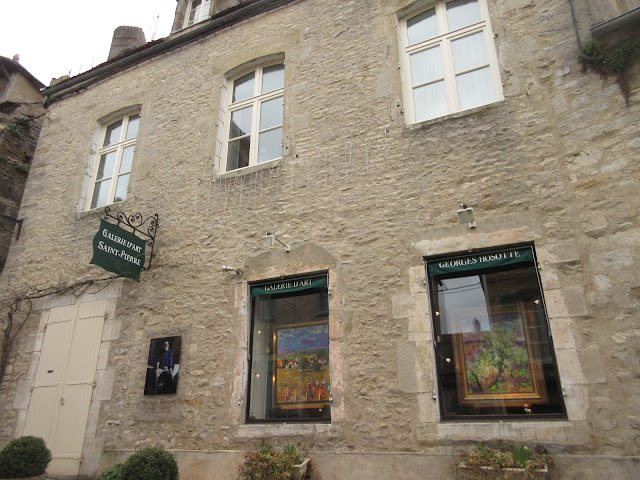 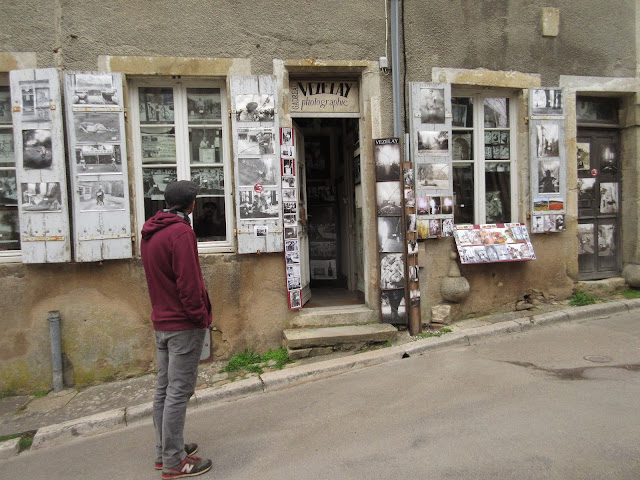 These past two weeks also saw us cook and bake for the first time for Zac & David. Whilst I made them one of my staples; croque-madames, Jamie made them taste his lentil & chick pea curry. And our sous-chef, Ben was happily surprised to be served his very own Victoria sponge for his 20th birthday. There is definitely something quite nerve-wracking about trained chefs judging one’s cooking. We both got the thumbs up though, so we must be doing something right, what a relief!


At last I’ve also been talking to various organisations working in the region and department. People have been very welcoming and helpful. I’d like to write a special mention to the Burgundy tourism office for providing us with many activity-related regional maps not only in French, but in multiple languages too. Maps such as “La Bourgogne au fil de l’eau” and “Burgundy by bike” are already being enjoyed by our European and international clientèle. And the local council workers have been fantastic. Without their precious help, Jamie wouldn’t have been able to cut down nowhere near as many laurels and trees covering the site. So a huge THANK YOU to Jérémie and Jean-Michel!