Posted by Unknown on September 30, 2016
After the Summer rush, we thought the site would get quieter and it did, but from time to time, motorhomers and caravanners came and left in decreasing waves. Only a week and a bit ago, we were still running up and down the campsite welcoming and greeting campers and sorting things out. Like back when we first arrived in March, 99 percent of the campers currently staying on the campsite are here for a short stay; four nights maximum either on their way down to Spain or on their way back home in England, France, Belgium or The Netherlands.

Jamie and I cannot believe how the end of September and our time at Camping Le Moulin have come around so quickly. On Saturday 1 October we will be gone! September flew by as more sets of friends visited us; we enjoyed playing and looking after little ones, spending evenings sat outside in front of BBQs drinking beers and wine. We managed to get away a couple of afternoons and even visited one of the region’s places that shouldn’t be missed: Le Marais Poitevin, the Poitou-Charente’s so-called “Green Venice”.


Mid-September, as Stuart went away for a few days, we looked after the bar and restaurant with Sarah and Alex. Jamie was the front of house whilst I worked in the kitchen with Sara and Alex, plating, frying and washing dishes. It was good fun to be ‘in charge’ so to speak.
On Tuesday night, we were hit by the mother of all storms. We all knew it had been coming; there was an air of foreboding anticipation that day. Sara had received warning calls from the insurance and we had all been following it on our various apps and websites. At around 8.30pm, the sky started to turn the most ominous shade of grey, and it had arrived. Whilst I was working the dishwasher, outside Jamie was battling with tables, chairs and awnings. The rain came and boy, oh boy did it come! Sara, who has lived here for getting on 13 years, said she had never seen gusts or rain like that.

That night Jamie and Willie walked around assessing the damage but it wasn’t until the cold light of day that the campsite awoke to see the devastation the gusts had caused. Armed with rakes, wheel barrows and a bit of determination we went about clearing the chaos left behind by mother nature. It took us all day and six trips to the déchetterie (local tip) to clear the touring pitch. The lovely guys at the tip even opened up a special section just for us as we had filled their green waste bins by 11.30am!


If you live anywhere for seven months, goodbyes are always going to be hard. And for us the last two weeks have been a long set of difficult farewells. First there was Pat and Roger, Gerry and Corina, Ian and Julie, and then on Sunday, long term residents and our good friends, Willie and Gill left to go back to England for good. They have been unbelievably supportive throughout our time here in Chef-Boutonne and we will miss them très beaucoup (very much). 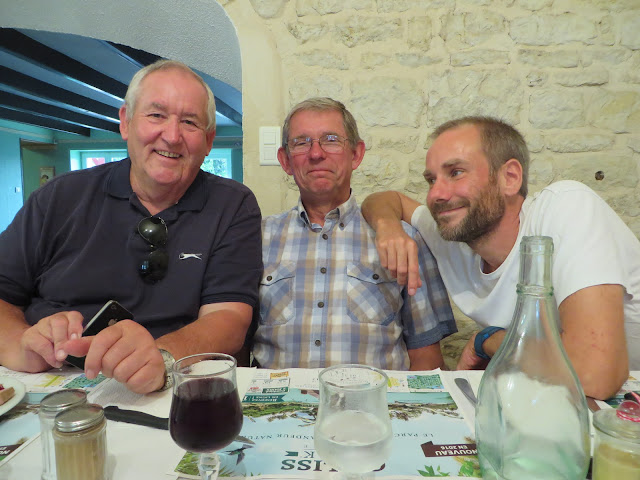 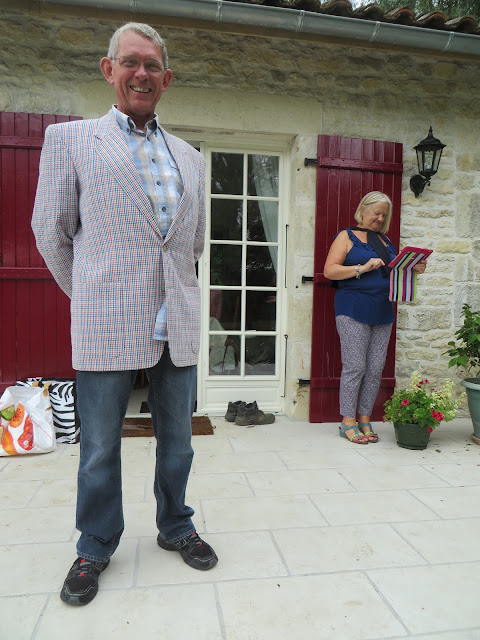 So, we are now into our last day and we are doing a last few bit and bobs. We spent the whole of yesterday cleaning the van inside and out, it’s crazy how many cobwebs built up around the van in seven months. After a long day, we were treated to a lovely evening meal at La Mine D'Or by our friends, Ron & June. Tonight we go for our ‘last supper’ with Nigel and Rita and we will say our goodbyes to Alex, Stuart, Sara and Kieran. And then it’s onto our next chapter which as yet has no title and is pretty much unwritten...