Our Fourteenth Week Working In Camping Le Moulin In Chef-Boutonne

Posted by Unknown on June 29, 2016
Our fourteenth week started very happily... First came Willie’s secret 60th birthday party. Willie had no idea Gill and a few friends had been organising it all for a few weeks. We all helped out the day before and on the day to prepare food and cakes and decoration. The party was at their friends, Wanda and Andy’s lovely renovated barn which comes with its own stream running alongside their garden and house!

It was a fantastic evening and both Jamie and I felt very privileged and honoured to be invited and included in this event having only known Willie and Gill for a relatively short time. I think Willie enjoyed it and we all walked home with a beautiful sunset over the fields feeling happy, content and a little bit full from all the lovely food. 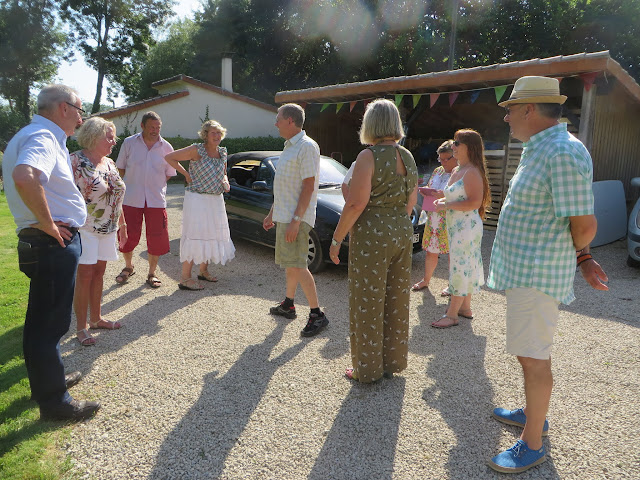 On the same day, Jamie’s mum and dad, Mary & James came back to visit us on their way home! They’d loved it so much the first time around that they stayed with us until Monday.
After all the joys and laughter of Thursday, we knew that the people of Britain were making a big decision, one which could affect the future and stability of the continent in profound ways. Jamie had sent his vote off a week ago and since then had been scouring the betting sites seeing which way the odds were shifting. It had been overwhelmingly positive and we were all very hopeful that a ‘Brexit’ would be avoided... Or so we thought. We barely slept a wink on Thursday night as Jamie was checking the live bogs on the Guardian and BBC sites and things were looking increasing bleak.

On Friday morning, the happy celebrations really did seem far behind. The mood turned sour and a very deep feeling of sadness washed over me. We sat in Mary and Jim’s motorhome watching BBC news hearing all the crazy fallout of the Brexit vote. Resignations and markets plummeting all around and still these are carrying on now a week after. Who knows how this will play out.

The morale of my fellow English friends and family was dealt a further blow on Monday night as England tumbled out of the Euros in typical fashion. It should have been an easy tie against the so called ‘minnows’ of the tournament but Iceland more than rose to the occasion. It finished 2-1 and was followed by another resignation, that of Roy Hodgson. The second ‘Brexit’ in a week. It would have meant a Friday night showdown against France, who will now play Iceland. I will try and ‘encourage’ my fellow campers to become ‘Les Bleus’ for a night. 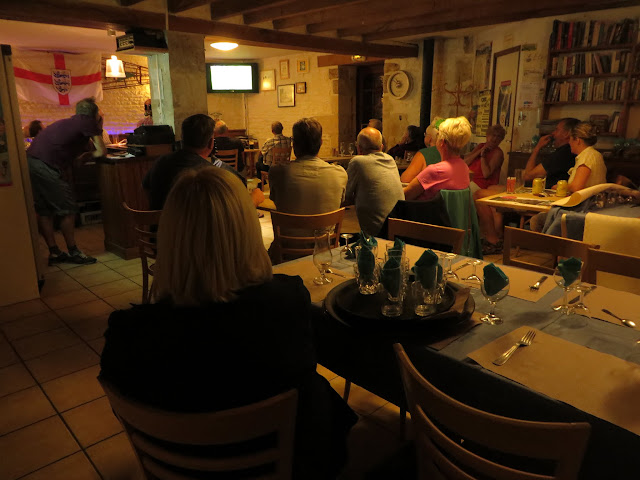 Saying goodbye to Mary & Jim was very sad as we won’t see them now until the end of November. But things should start to get very busy here as we leave June and enter the months of July and August.