Posted by Unknown on May 23, 2016
This week is a short one as we were away (see last week's post) on Monday and came back on Tuesday afternoon. We wild camped by the Étang La Féculerie near Étagnac on Monday night after having visited Rochechouart with bunting gone crazy for the Ostensions Septennales. Placed on the World Heritage List, the latter are religious processions venerating the numerous Saints that have lived and played a great part in the Limousin region since 994. Celebrations are happening all across the Limousin every month until the last event in November. 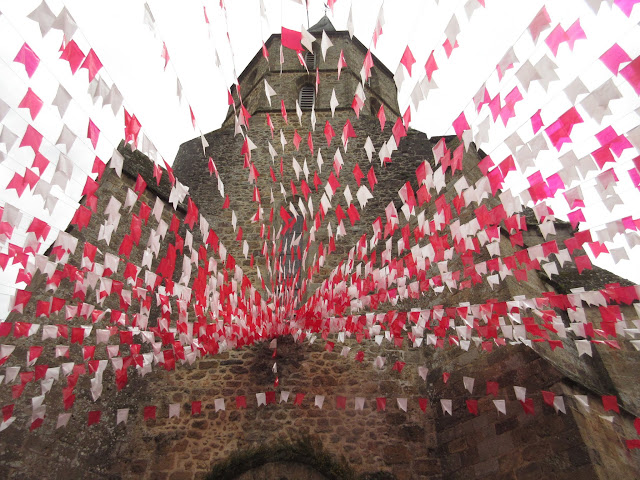 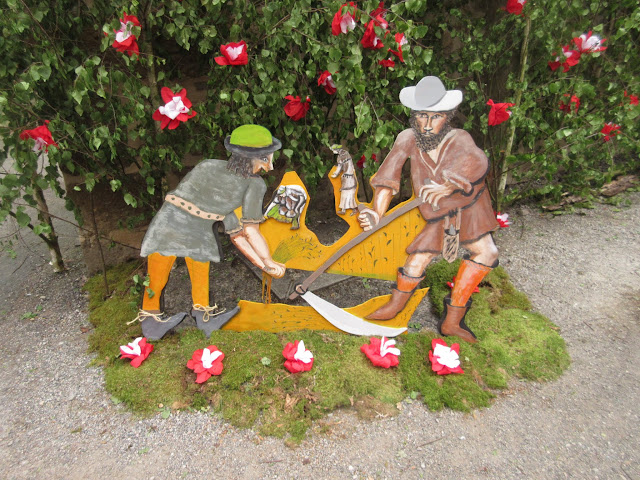 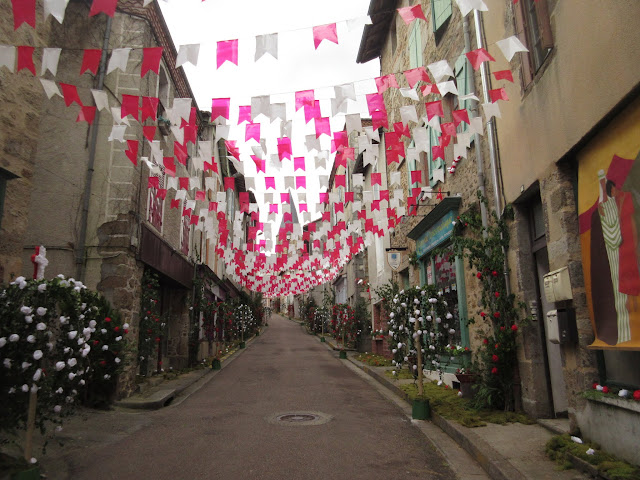 The next day and on our way back to the campsite, we walked through the eerie ruins of the town of Oradour-Sur-Glane. Oradour is unfortunately famous for baring witness to one of the most horrific massacres carried out on civilians in France during the Second World War. On 10 June 1944, 642 people including 247 children were shot or burnt alive by the Nazi forces. The act is said to be in retaliation to resistance activities in the region. After the war, Charles de Gaulle ordered that the remains of Oradour-Sur-Glane become a memorial for all to visit and forever remember. (For those interested in visiting the site: the ruins are free. The museum's permanent and temporary exhibitions are 9Euros per person). 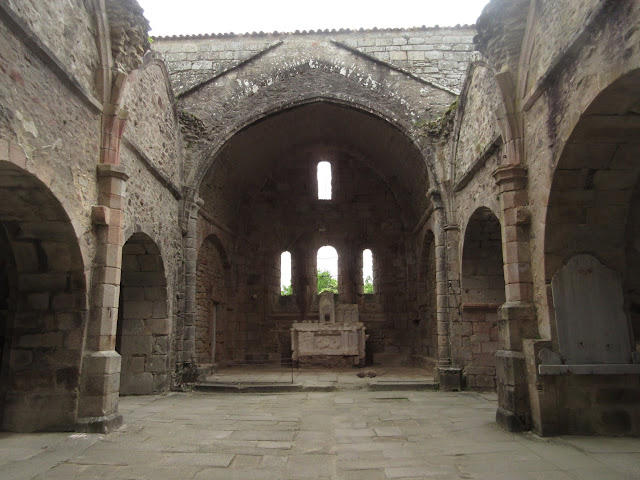 Back to work, we managed to maintain the grounds in between showers (rain that is!). We got on with the usual weeding, grass cutting, strimming, cleaning and rubbish emptying. I also continued painting one of the mobile homes’ decking which we’re getting paid for, but hadn’t managed to finish due to the weather. And we had fun working in both front and back of house for our second Camping Le Moulin's Friday night quiz (The first Friday of the month, 10Euros for the game and your meal of either moules or homemade breaded chicken breast both with chips)!

I finished the week baking as it rained most of the day. I tried my hands for the first time at making a banana loaf/cake using some over ripe bananas that I didn’t want to end up throwing away. We’d run out of digestive biscuits so I made some shortbreads too. It goes so well with a nice brew!

Last, but not least, the campsite’s not so quiet after all as five caravans joined us on Sunday and may well all be staying for at least a couple of nights!
acsi Camping in France Camping in Limousin Camping Le Moulin Camping Le Moulin Quiz Night Chef-Boutonne Oradour-Sur-Glane Restaurant des Canards Rochechouart Wild Camping France Working in a campsite
Location: Camping Moulin Chef Boutonne, 1 Route de Niort, 79110 Chef-Boutonne, France