Our Fourth Week Working For A British-Owned Campsite In France

Posted by Unknown on April 19, 2016
Jamie and I can’t believe it’s already our fourth week! We kept on maintaining the campsite ground to ensure it’s ready for the “big rush”; July and August in between showers. The weather wasn’t really on our side this last week. We can’t have it nice all the time! It did affect Jamie when we got stuck in the van most of Thursday and he was down with hayfever!

Some of our jobs this week included finishing weeding the entrance driveway and clearing one of the gravel pitches. I got to use some new tools this week! A hand saw to clear the ground of huge branches from trees we had to cut down. And Jamie taught me how to use the strimmer... Well, he tried. Although I could manage it just about, we both realised it wasn’t adapted for my height – I’m too short! It meant I was carrying it rather than having the holder taking all the weight. It’s a shame as I wanted to relieve Jamie of doing it from time to time as he gets bad hayfever attack after strimming or cutting the grass. I spent part of Friday cleaning garden furniture and the table tennis table. 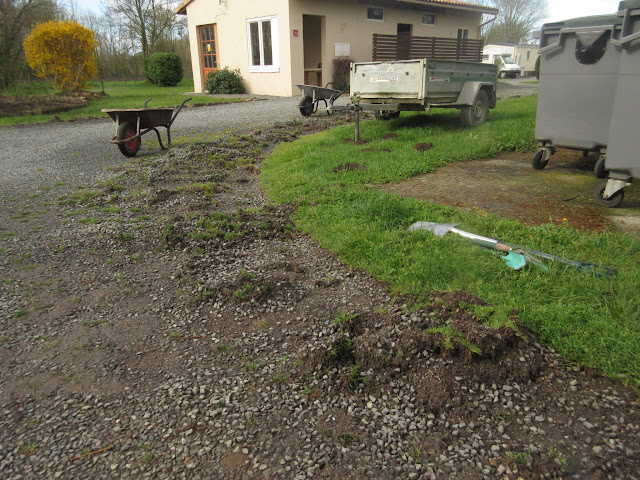 We’ve met-and got to know more of some of the mobile homes owners this week. There’s Pat, who used to be us with her husband, Roger between 2011 and 2014! Now retired, they still spend the season here in the sunshine before setting off to Spain for the Winter. She is full of life, smiley and energetic. They used to work most days and do anything and everything she told us from building a pergola to cover the terrace by the pool to mending mobile homes and looking after the grounds. It’s after staying here and coming back year after year that Pat and Roger decided they could work here too.

This is what happened to Nigel too. Nigel is Camping LeMoulin’s loyal retired helper. Him and his wife, Rita only stayed a week in the campsite the first time around, but they loved it so much that they’ve been back ever since. They love the campsite atmosphere, its community- and family feel. That’s why Nigel enjoys helping out too and hasn’t grown tired of it. It’s been nice working alongside him and getting to know him a little. He and Jamie bonded together clearing a lot of woods and mending the fence alongside the river. 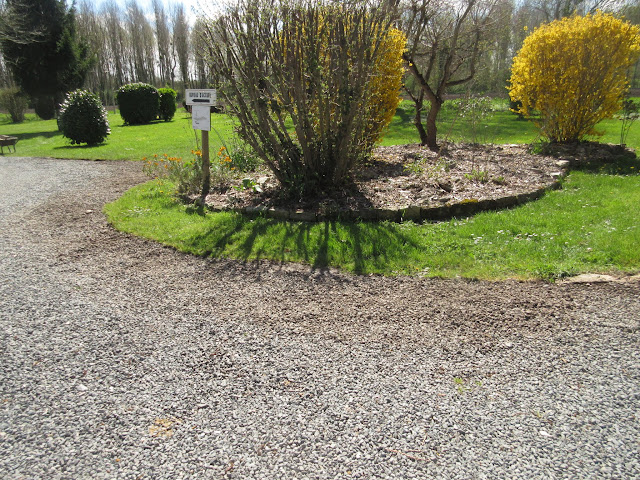 People have been so friendly and generous! Pat and Roger have already offered to bring us back some porridge and digestive biscuits from the UK when they go back next week! Willy and Jill, another couple who own a mobile home, keep inviting us for teas and biscuits. They are some of the few who live here permanently and have been for many years.

On the camping side, the site has been quiet. We have an average of two to three campers on site a day. Most of them are retired couples with a caravan or a motorhome from the UK who are on their way back home after having spent the Winter in Spain. We’ve had a few campers from France and Belgium too which has been lovely. It seems that we aren’t too bad hosts as a family from Brittany said to Jamie: “ C’est un camping très sympa” (It’s a very nice campsite). And a retired couple in their motorhome from the PACA (Provence Alpes Côtes d'Azur) region told us they really liked the site and said “On reviendra!”.

I mentioned last week about helping Syrian children with their French. It’s the Easter school holidays for the next two weeks in France. Although volunteers don’t have to come during the holidays, I offered to help Dhiaa, the eldest of the children, with his reading. He is the one who struggles the most with the language. His teacher has been very hard on him since they started school in January in Chef-Boutonne. It’s affected him badly and has knocked his confidence a lot.

On Wednesday, Thursday and Friday morning, I assisted Dhiaa with his reading. When there were syllables and words he wasn’t sure how to pronounce and/or knew the meaning of- I was there to put him on the right track and explain. One can tell he knows how to pronounce even the words he hasn’t read out before. He just needs that little encouragement to read them out aloud with assertiveness. We’ve read French texts from his exercise book and most recently from a popular teenage reading magazine, “J’aime Lire”. One of the stories inside was similar to the Jungle Book; “Victor, l’Enfant Sauvage”. The text is printed bigger and has nice pictures. It’s a nice change to the extracts we’ve read so far. Dhiaa is really enjoying reading it. It is lovely to see!

It was our first big night this week: the quiz night on Friday! More than 40 people had booked. For 10Euros, they get a lively evening with some warm hearty food. Either homemade battered chicken or mussels accompanied with good al’ fries and a choice of yummy desserts; tarte tatin, crème brûlée and chocolate fudge cake, all made by Sarah and Alex. Each team puts a euro in a pot and the winners take it home. This time I helped preparing the food as well as plating and washing up whilst Jamie was on the floor. He took orders, served food and drinks, washed up glasses and assisted Stuart who was compèring with anything else that needed doing. It was great. Jamie and I really enjoyed it and learnt a lot! We can’t wait to do it again. I guess it’s a nice change from working on the grounds. 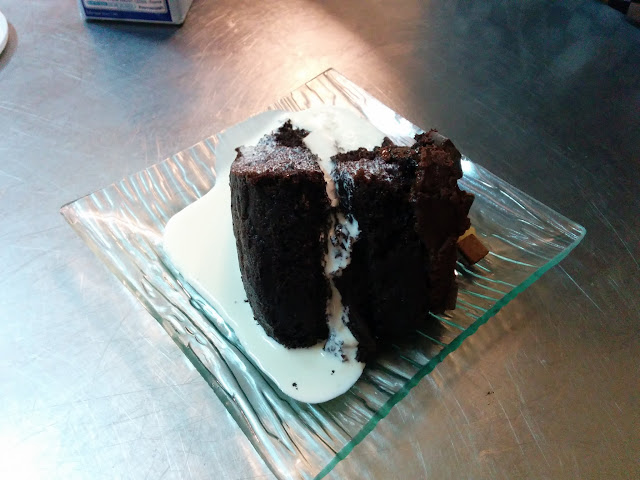 Lucky for us, Stuart told us to take the weekend off this week. We’ve never had Saturday and Sunday off since we started! Although it rained on Saturday, we decided to take the “Autoquest” out and make it to Niort. We parked and stumbled on an interesting international photography exhibition which had different venues located across the city. We looked at a few and walked around the old town before taking refuge and warming us over a nice cup of “café au lait”. And, by the way, following last week post about not being able to refill our Gaslow bottle, we managed to fill up with LPG at the total access service station outside the city without being seen.


The next day we could have relaxed, but we cycled to another village this week, Ruffec. It was a hard 58km-ride on mostly flat or uphill terrain with farmlands “à perte de vu”. Yes, Stuart says we’re nutters! Well, we’re just trying to keep healthy and moving, but he may have a point... Will we take it easy/easier next week? Let’s see. 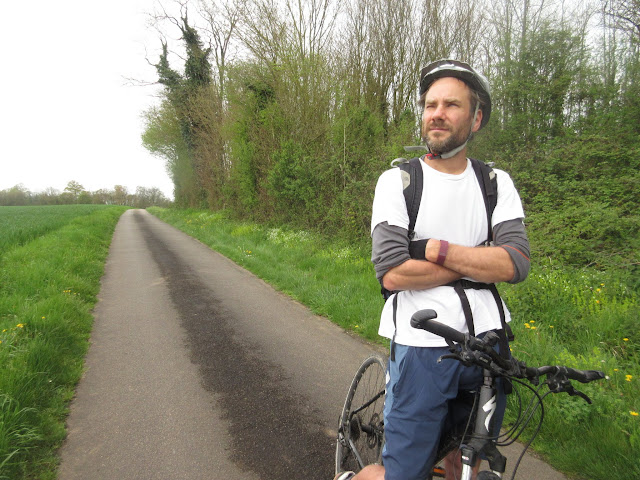