Posted by Unknown on March 16, 2015
When we left for travelling across Europe, Jamie had said that we may go around France at some point. I wasn’t so keen. France’s my home country and I’d had the chance to have families and holidays in a lot of different regions. To me, “travelling” meant we would discover new areas, new cultures. Whilst at uni and then working, I’d come to avoid French people; it was at first, because I wanted to become fluent as much as I could, I wanted to immerse myself. But then, it was to avoid hearing it all; apparently the French are the best at everything; from food to countryside, there is no stopping them. Every time I met such person, my mind used to shut off and I would think to myself “Why on earth are you staying here then? Why don’t you go back where everything is so much better!”

I’d had enough of this arrogance and pride. But years have passed. I’ve grown up. France is big and it is a beautiful country. It is still the- or one of the most visited countries in the world.

For the first time in years, I was excited to be in France. It felt good and wonderful. We drove through the beautiful Pyrenées and stopped at an abandoned railway station, Les Forges D'Abel – on the same line as Cranfranc (see our previous blog: Asturian Cycling Adventures, La Rioja's City Life & The Pyrenees' Abandoned Railway Station. An abandoned factory too. And explored Pau; its grand castle, its narrow lanes, its squares. 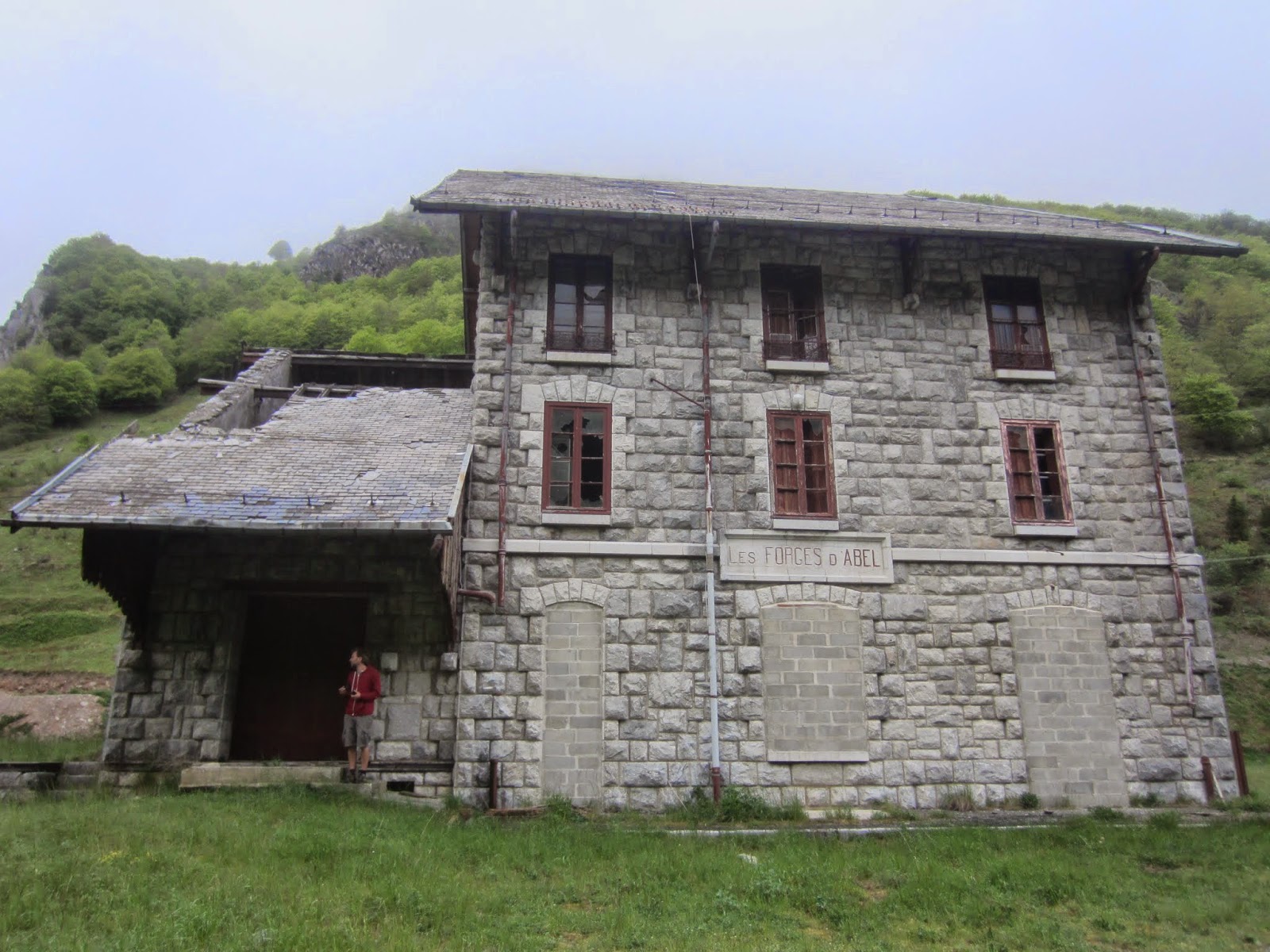 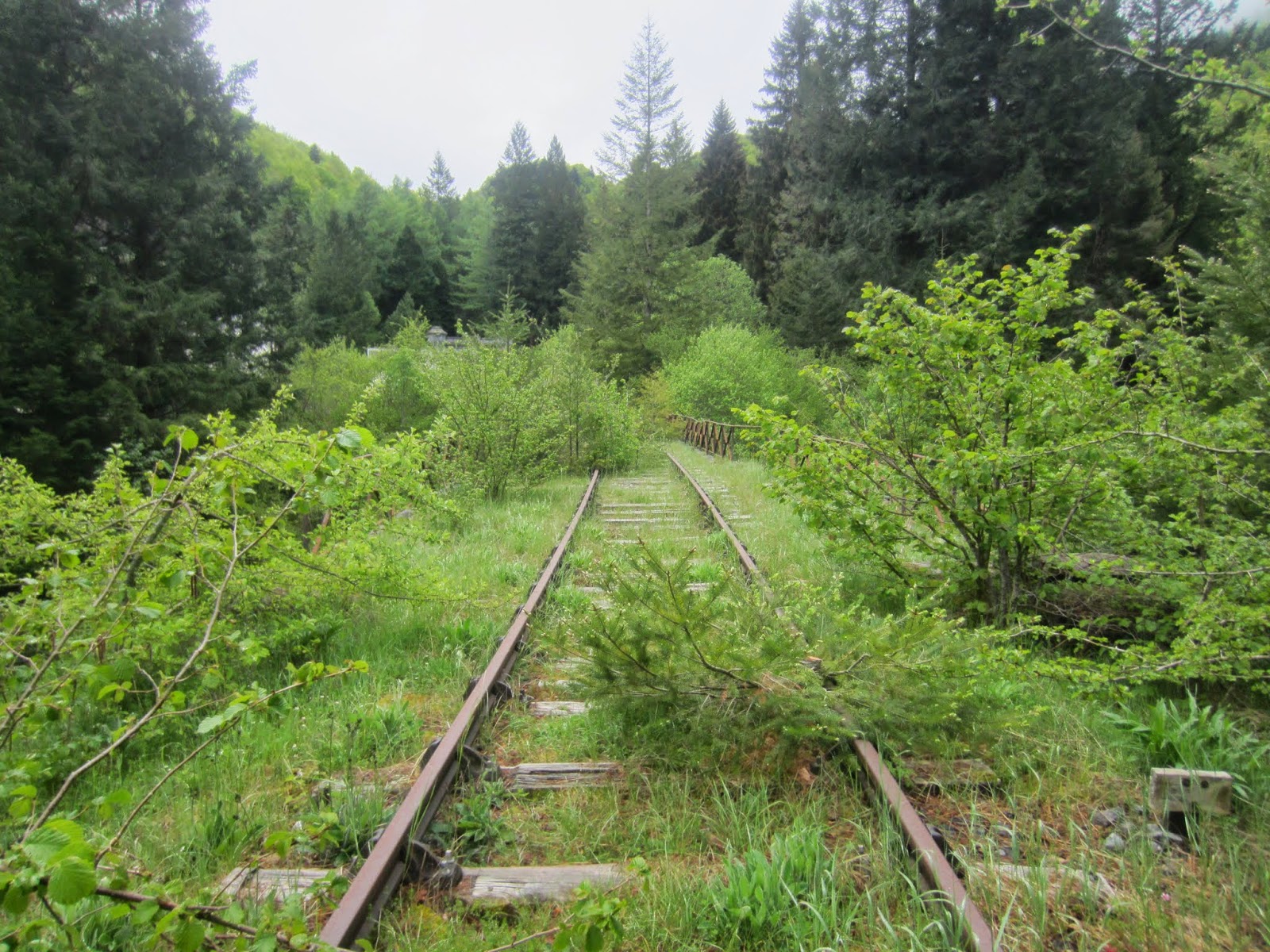 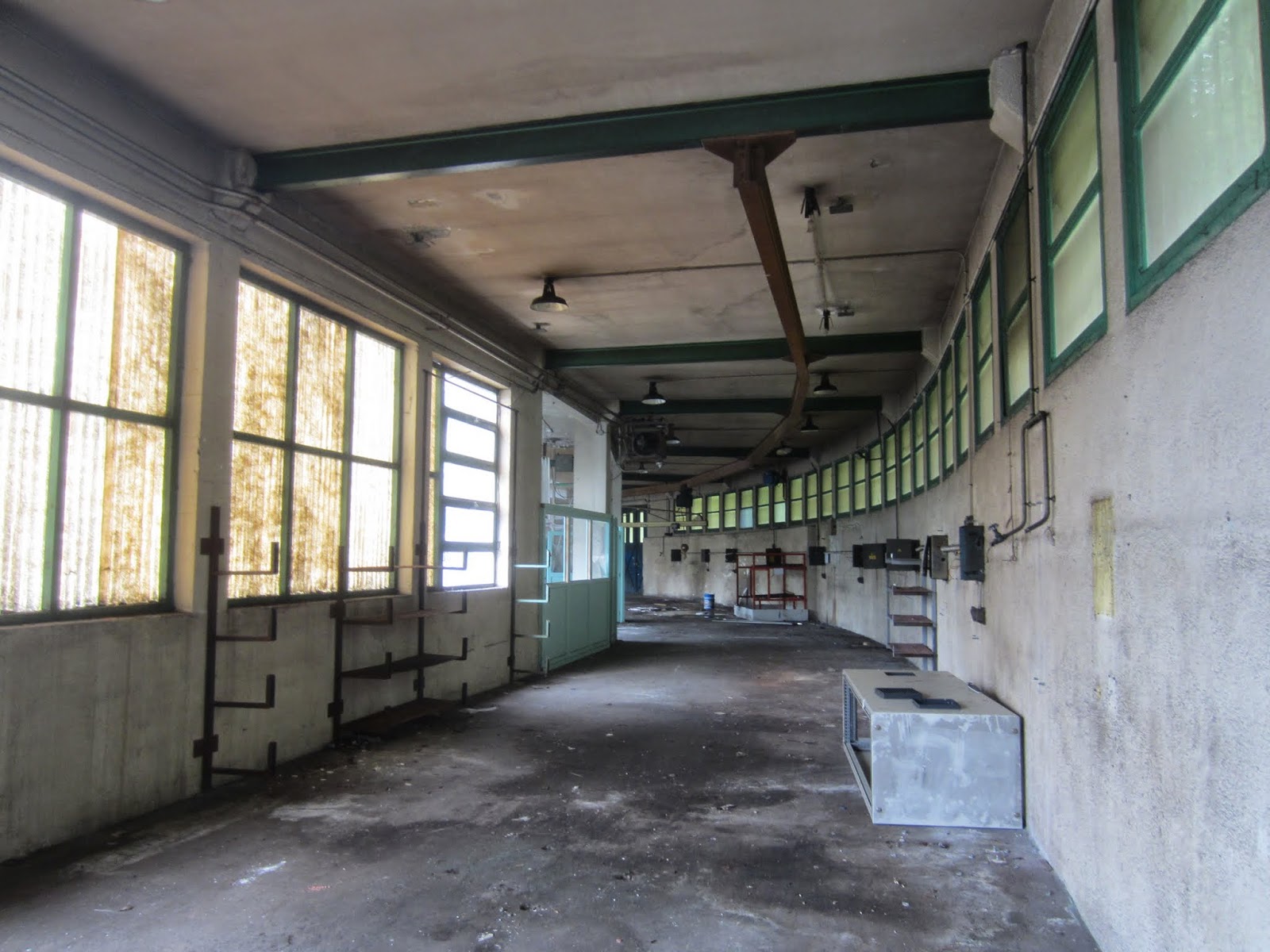 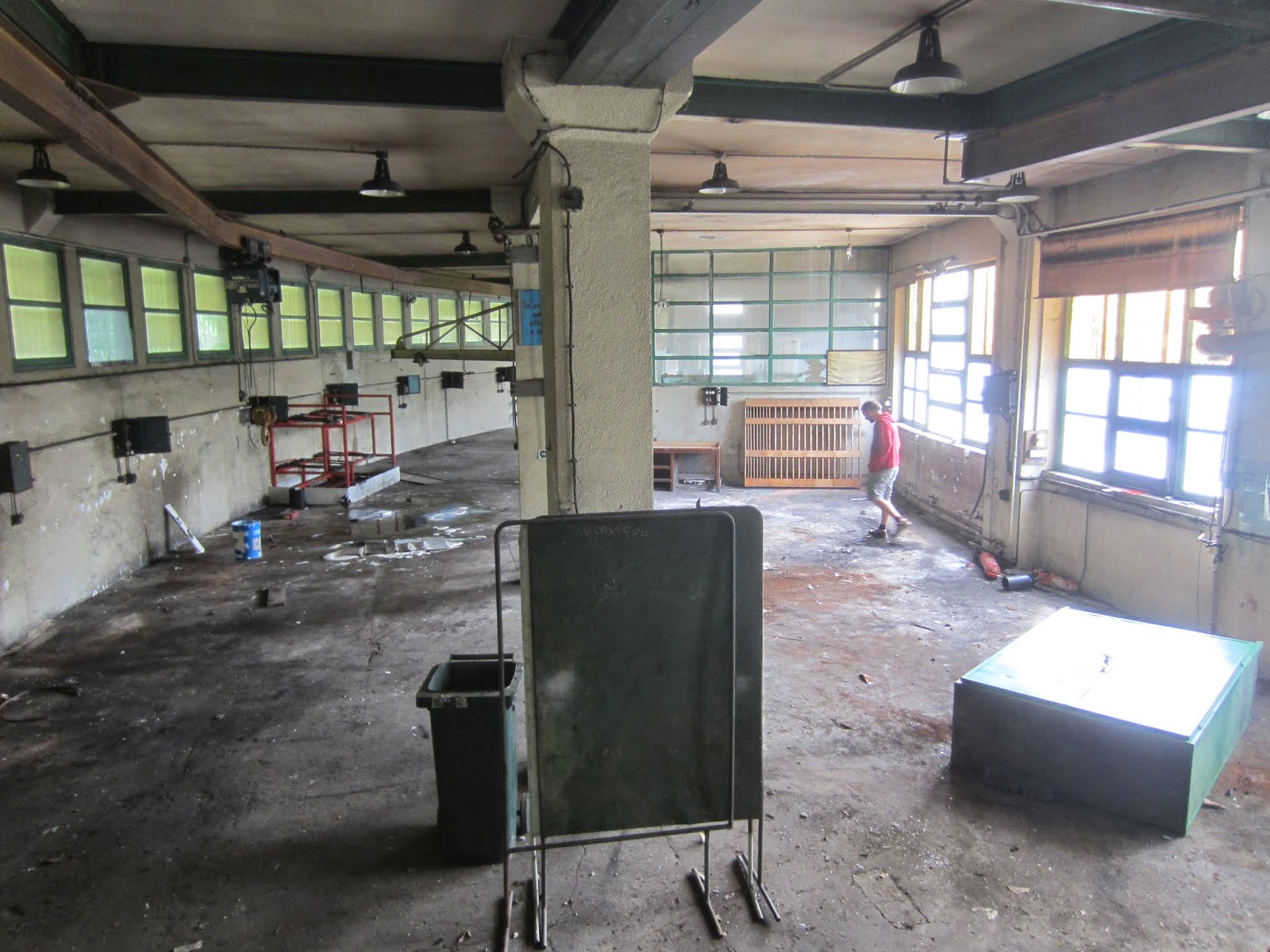 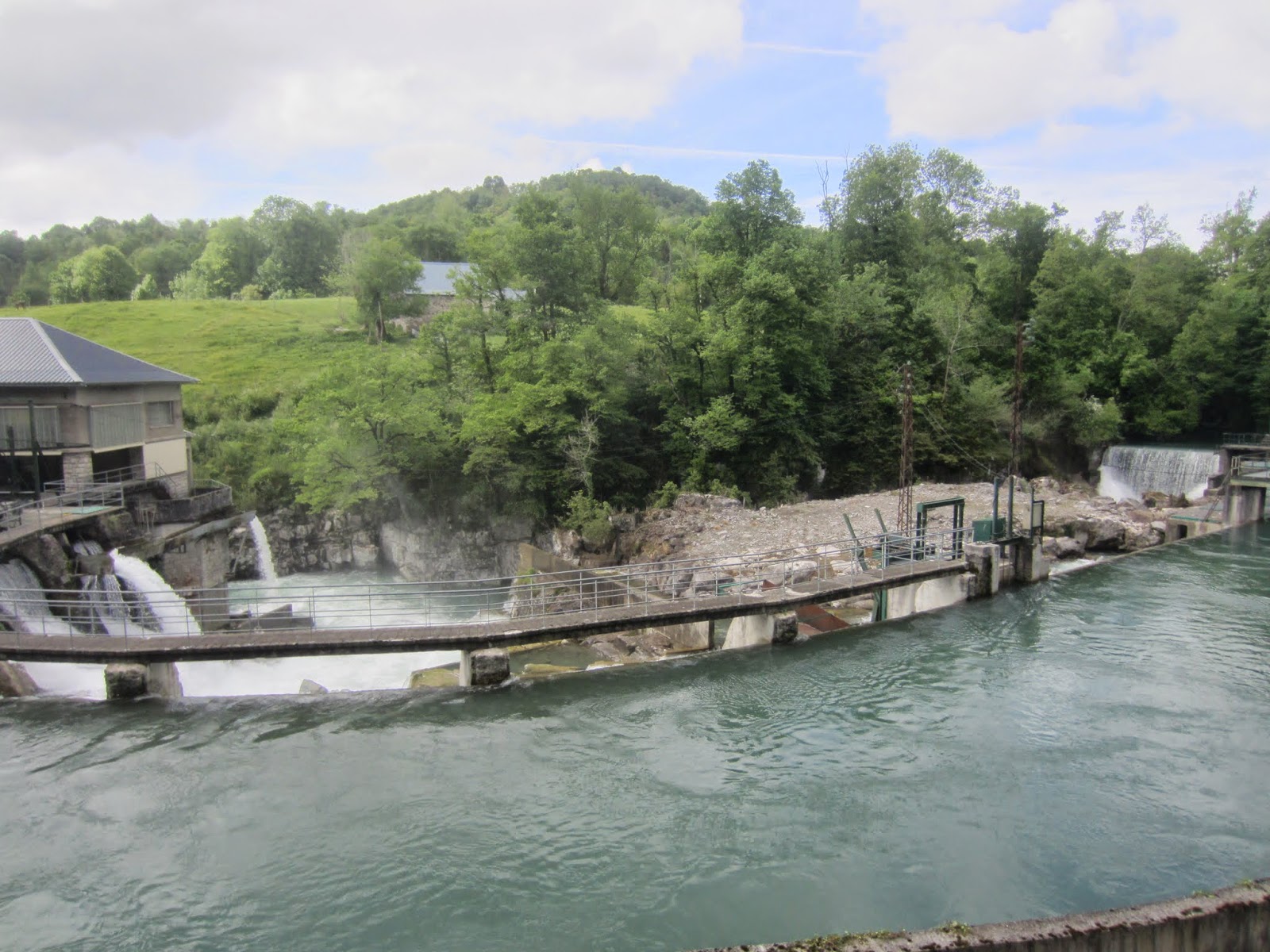 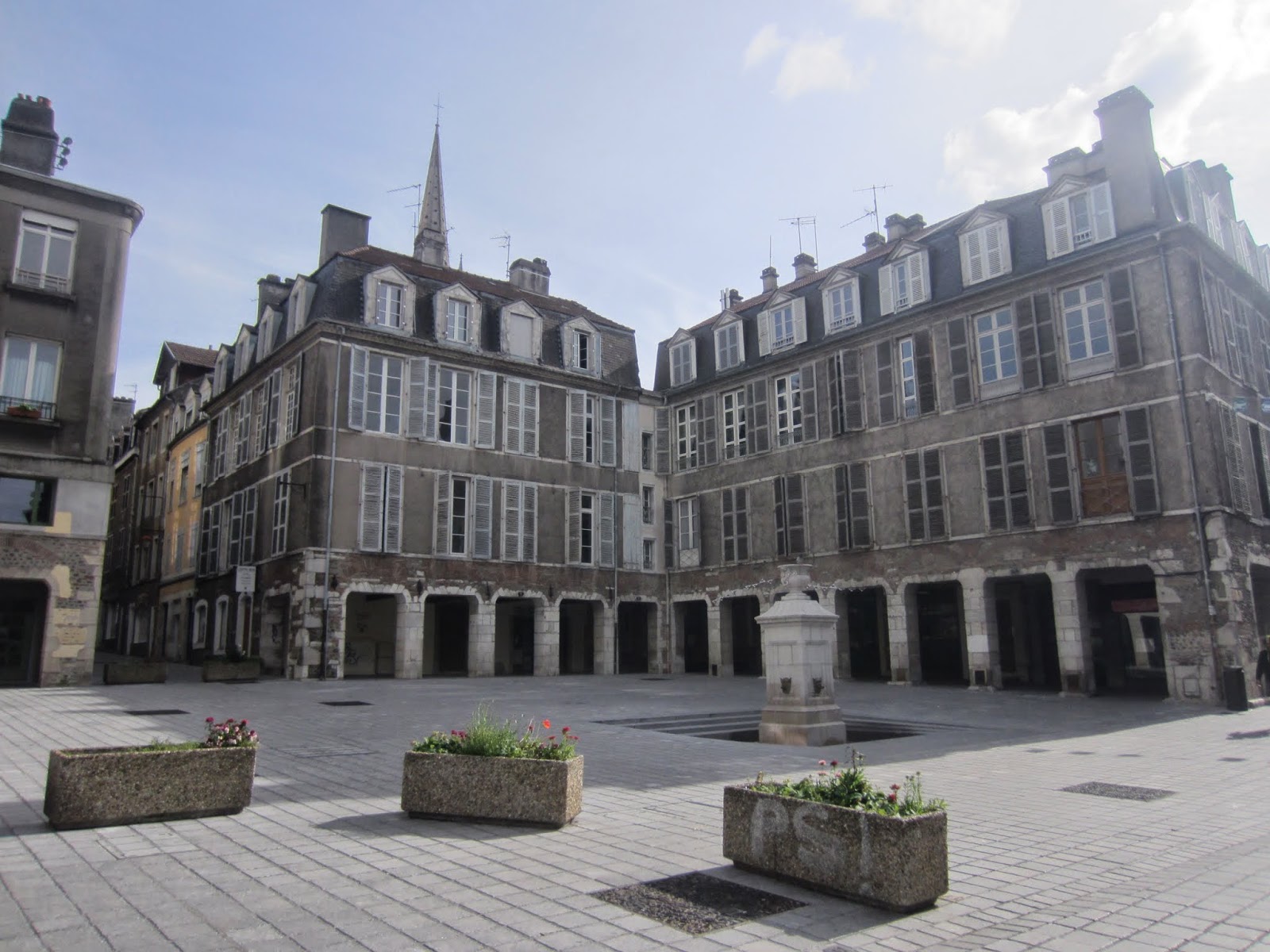 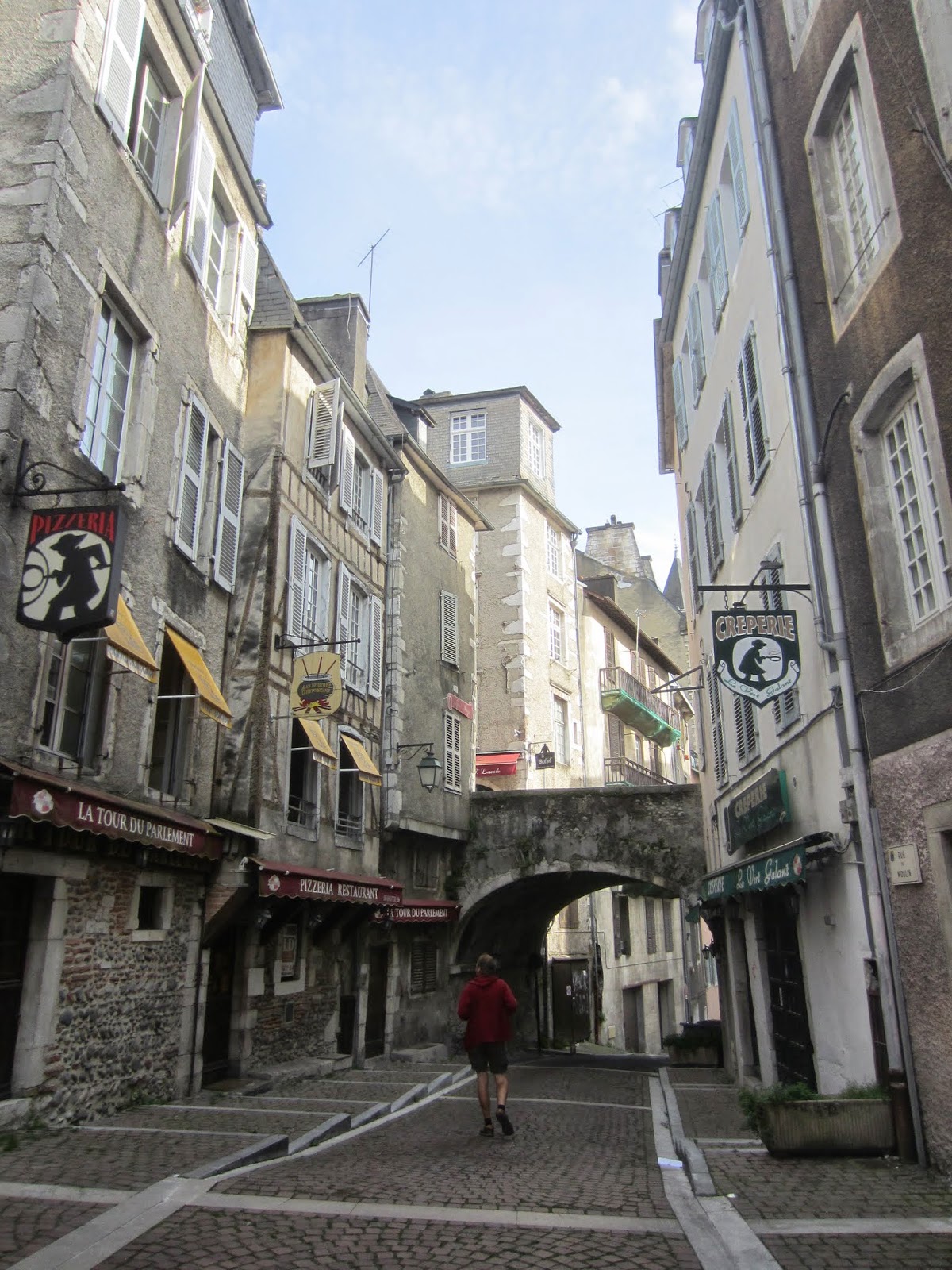 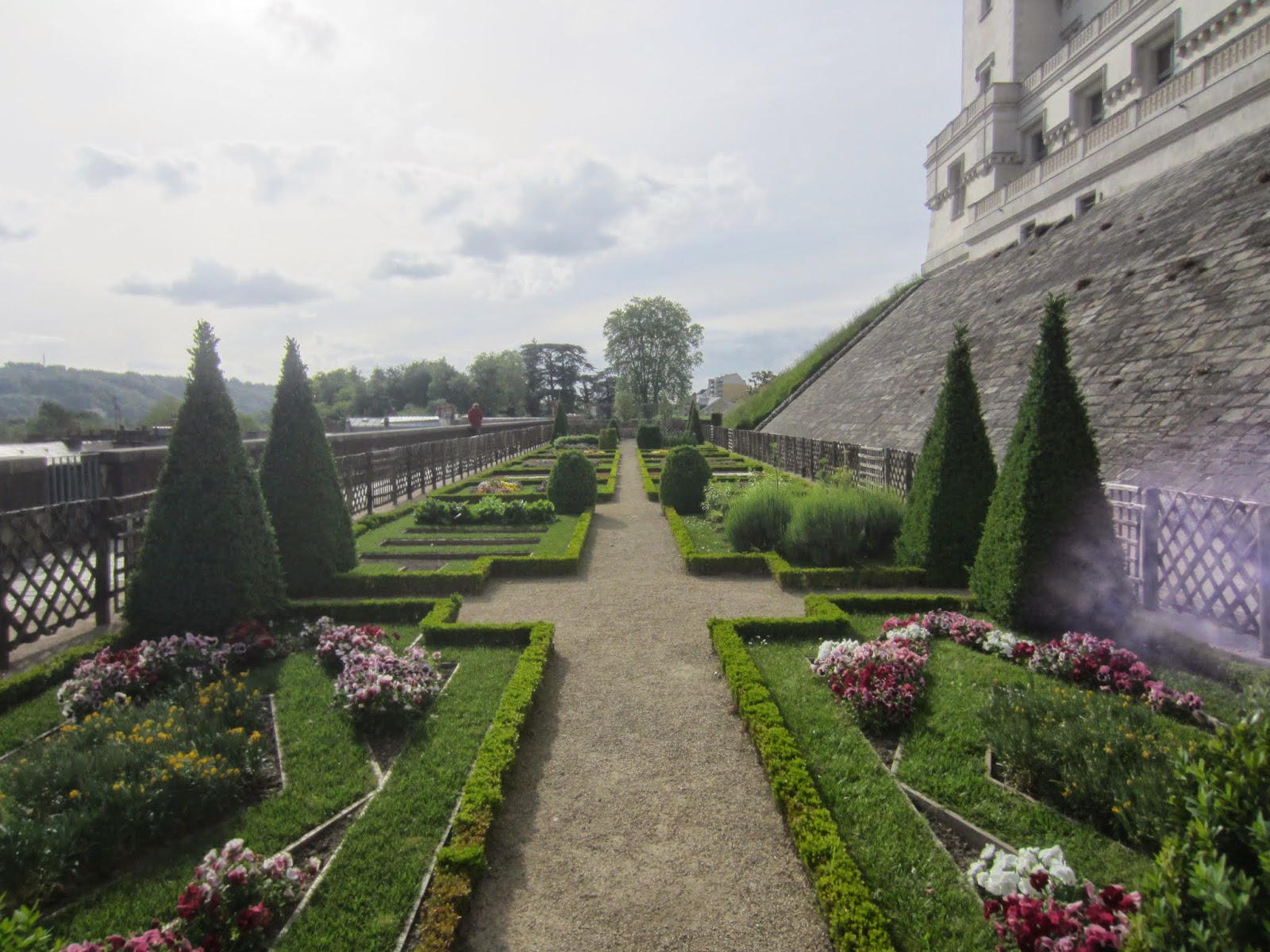 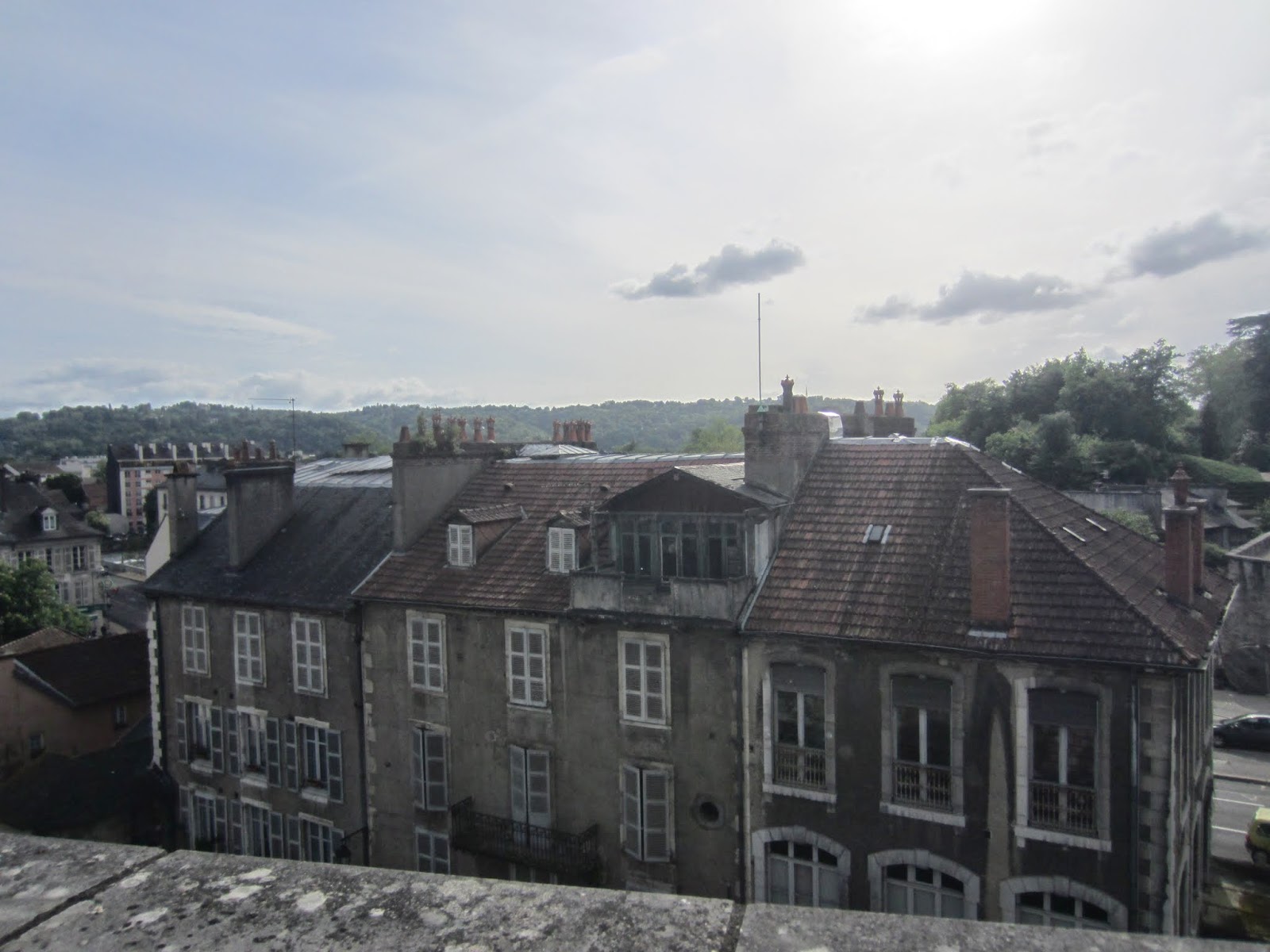 The South of France was the place of the Résistance in WWII France. There are many monuments, small and big, commemorating events that marked the communities of the time and the whole nation. Jamie and I are interested about the stories of the Résistance, but are not history buffs on the look out for such places. Driving passed the Maquis Du Meilhan, we stopped to have a look. Doctor Raynaud had set his own “Freedom Fighters” group made up of a hundred citizens young and old from 17 to 70 years. They set camp in disused farms. But the German found out their position and encircled them on 7 July 1944. The Freedom Fighters were defeated in a three-hour battle. 76 died. As well as a monument and cemetery, the sight has carcasses of the cars and trailers, remnants of the tools and artillery displayed.

They were called “Freedom Fighters”. Nowadays, the expression is often used, it seems, in a pejorative way, and confused to describe terrorists. Rebels in Ukraine are freedom fighters, such as the ones in Syria. There are many more across the world whose plight is not that of terrorists groups such as Isis or Boko Haram. But who are real freedom fighters. Citizens who have grouped together to defend their home, their families and friends, their country. Citizens who have felt that their own government have let them down (Pétain had signed a deal with Hitler in 1943, the government of Vichy was on the German side) and other countries’ help isn’t enough.

Looking at such sites is always touching and heavy. So finding La Ferme Cassagne in Lacagnau (click on the link to read a brief review of the site under "France", bullet one) came just at the right moment. Jamie had read about farms who let campers stay on their grounds for free. A way to introduce people and tourists to local farms across the country. Mr Sancho and his son, Tommy made us feel very welcome. It was such a nice way to free camp. 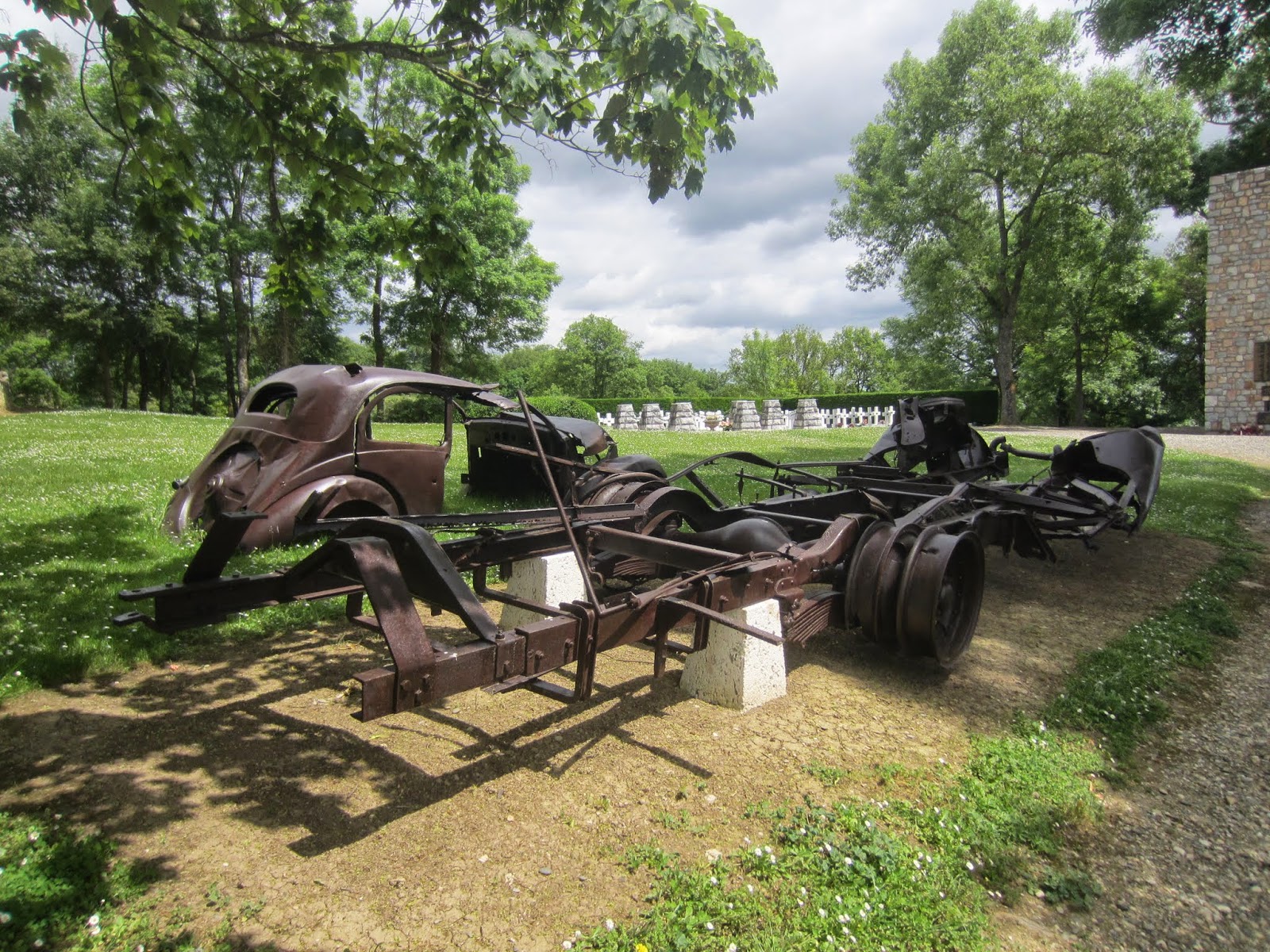 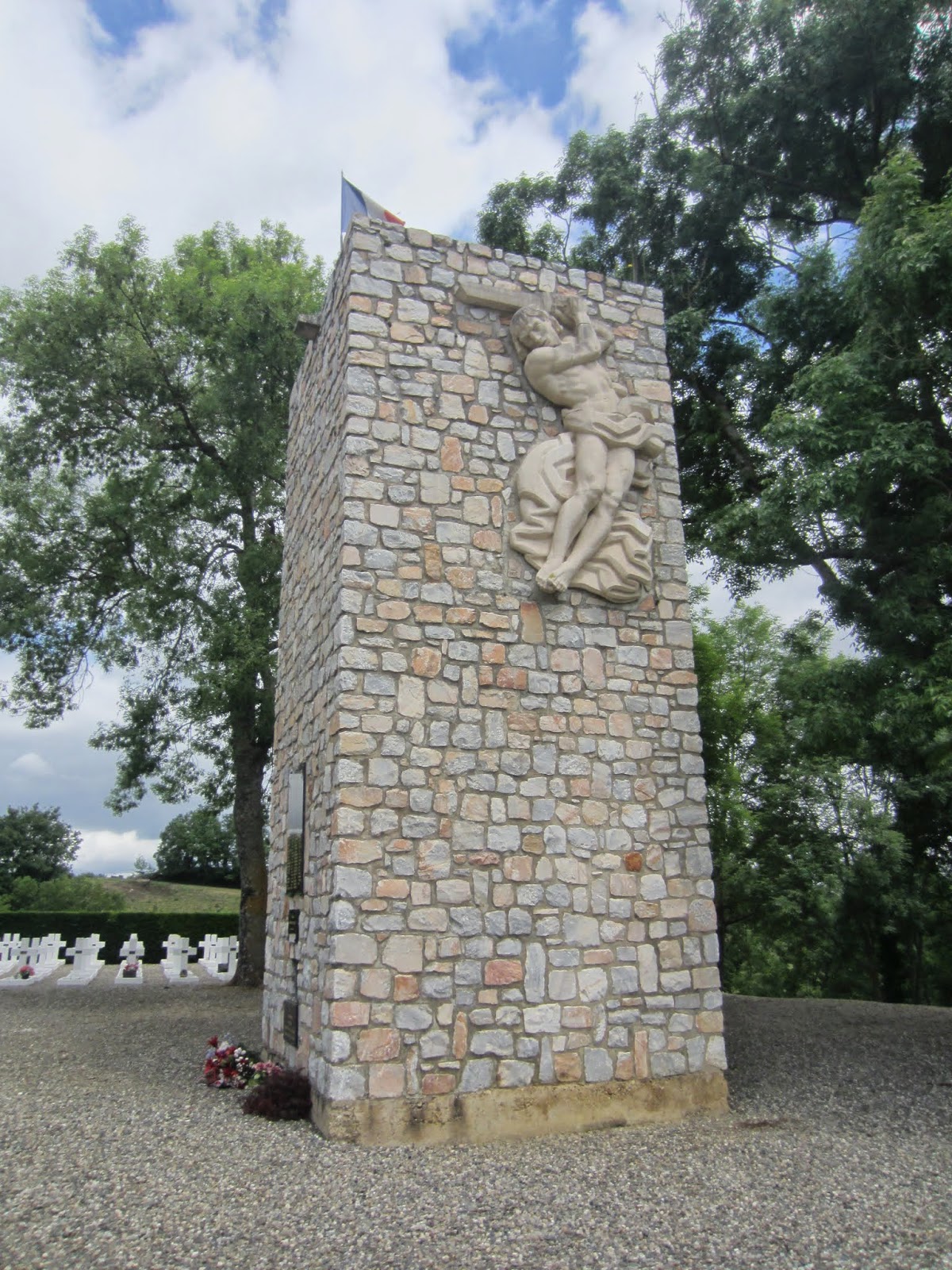 It’d have been nice to stay there, but I knew we’d come near Toulouse, and so I had contacted my uncle Didier and his wife, Betty only a few days beforehand to say that we’d be passing through if they fancied meeting up. They both work full-time, it was during the week, our chances were slim. Luckily, they had some free time in their booked schedule and kindly invited us to stay over for the night. We both love being in the van, but we both admitted that it was nice to sleep in a real bed and have a long hot shower (when using the shower whilst wild camping, we’re always very conscious of our consumption ensuring we’ll have enough to wash up later).


We nearly never would have made it without a major incident – as we stopped and came out of the van to say hello to Didier, the front doors locked themselves rather than shutting as normal! After 15-20minutes of discussions and going around a garage, Jamie managed to get in via the bathroom window. The window was on ventilation so his knuckles were bleeding after he somehow managed to open it all and intricate himself in. How lucky! We had a lovely dinner talking until late about family, work, climate change, travels and dreams for the future – Didier and Betty have travelled and lived in many corners of the world including Africa and Asia.

Didier and Betty told us about places we ought to see. We did Toulouse first and, by cheer luck, took the opportunity to leave the van for an oil change and check-up whilst visiting the city. Didier’s garage couldn’t do it for us. After parking the van at the end of the red métro line (Balma-Gramont) nearest from Didier, walking to the tube station we had noticed a Peugeot garage, Point S (1 Avenue Prat Gimont, 31130 Balma). Luckily for us, they could do it here and there for us. The weather was on our side, we didn’t visit any monuments in Toulouse, but enjoyed walking around the city for a couple of hours, taking in the scenery.


“Vidange” (oil change) in France automatically has 30 checks on key parts of the vehicle including brakes and tyres. The mechanics reassured us that ours still had quite a bit of time left. We paid 107.57Euros. The basic package price was a bit cheaper, but we had to have more oil (the package allows for 5Litres only, more than this and it’s charged at around 10Euros/Litre). 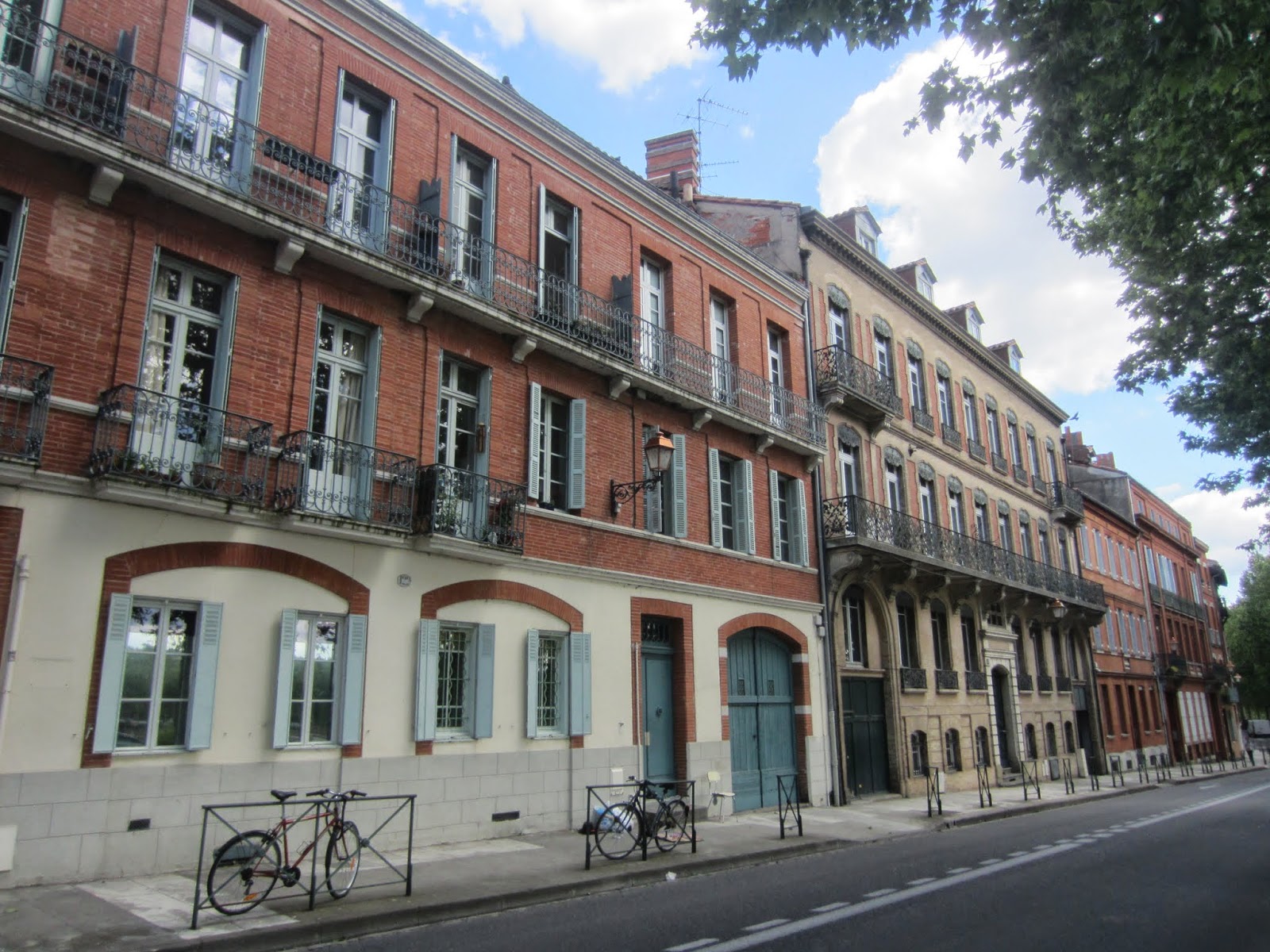 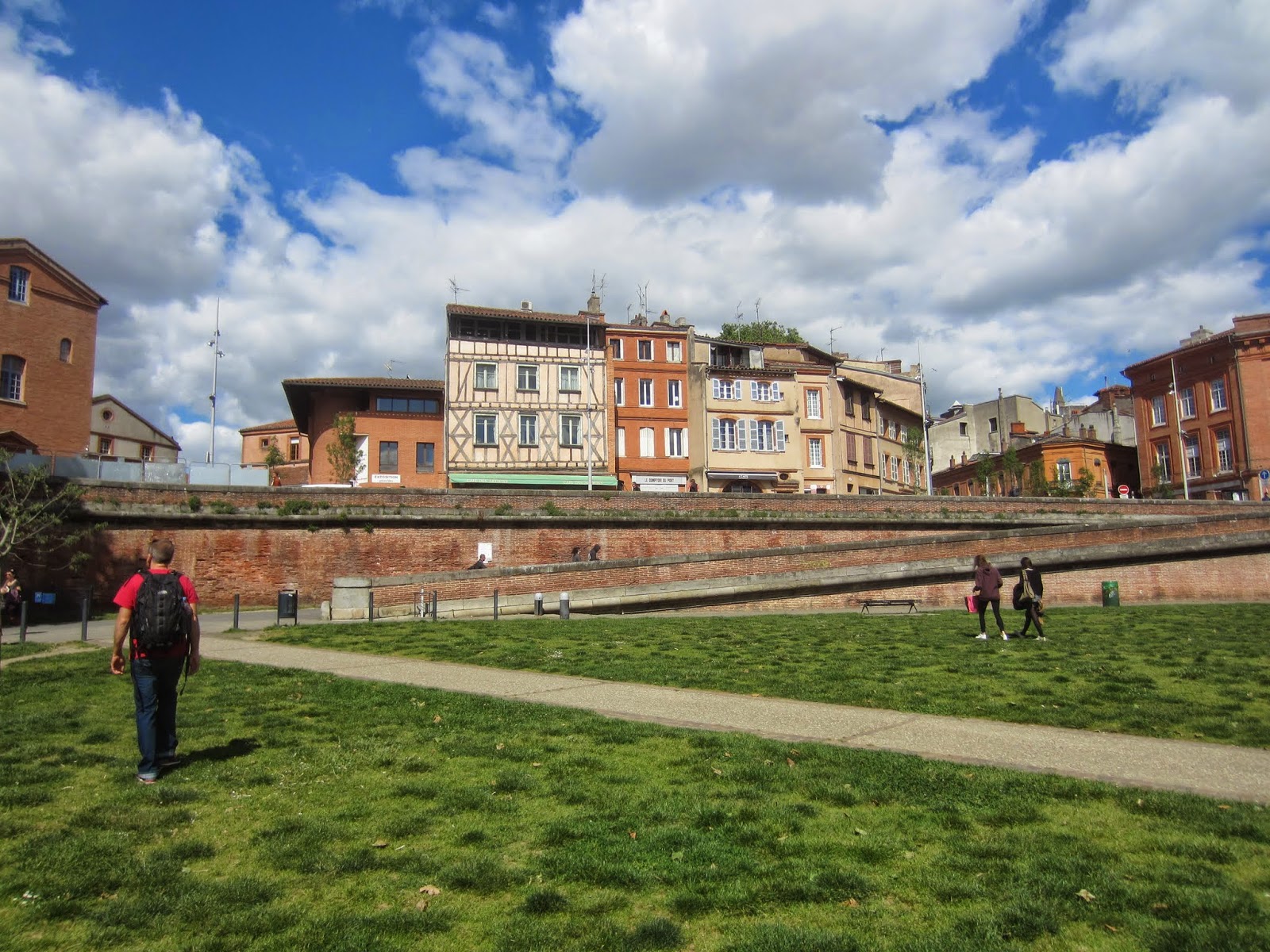 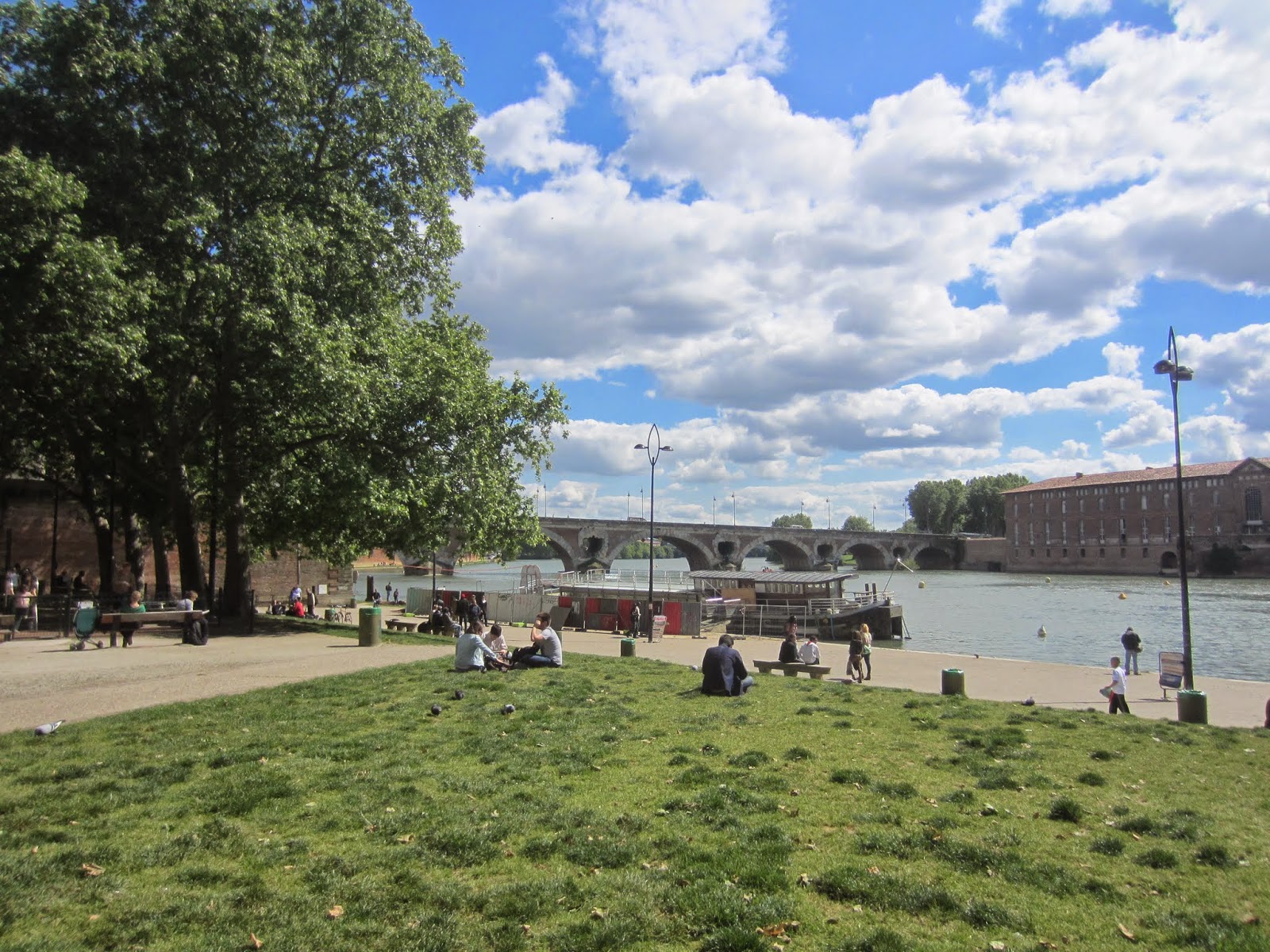 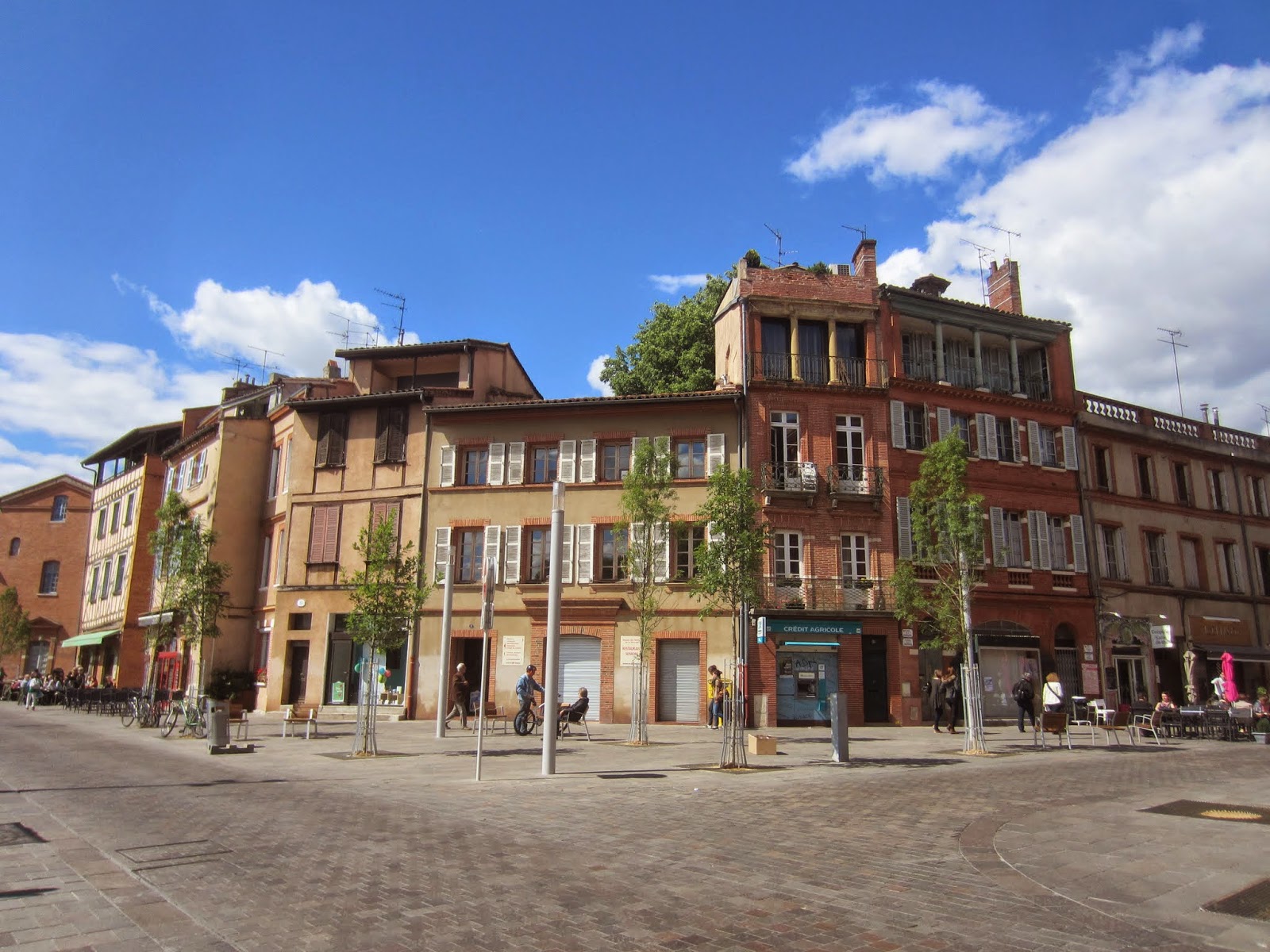 Next on our French tour, was the pretty historical town of Conques. It is a fantastic town to visit, a walk back into Medieval time. It is just annoying that parking anywhere around it costs 4Euros. It felt that we had to pay to enter and visit the town. The ticket lasts a year, but we’re not going to use it again. 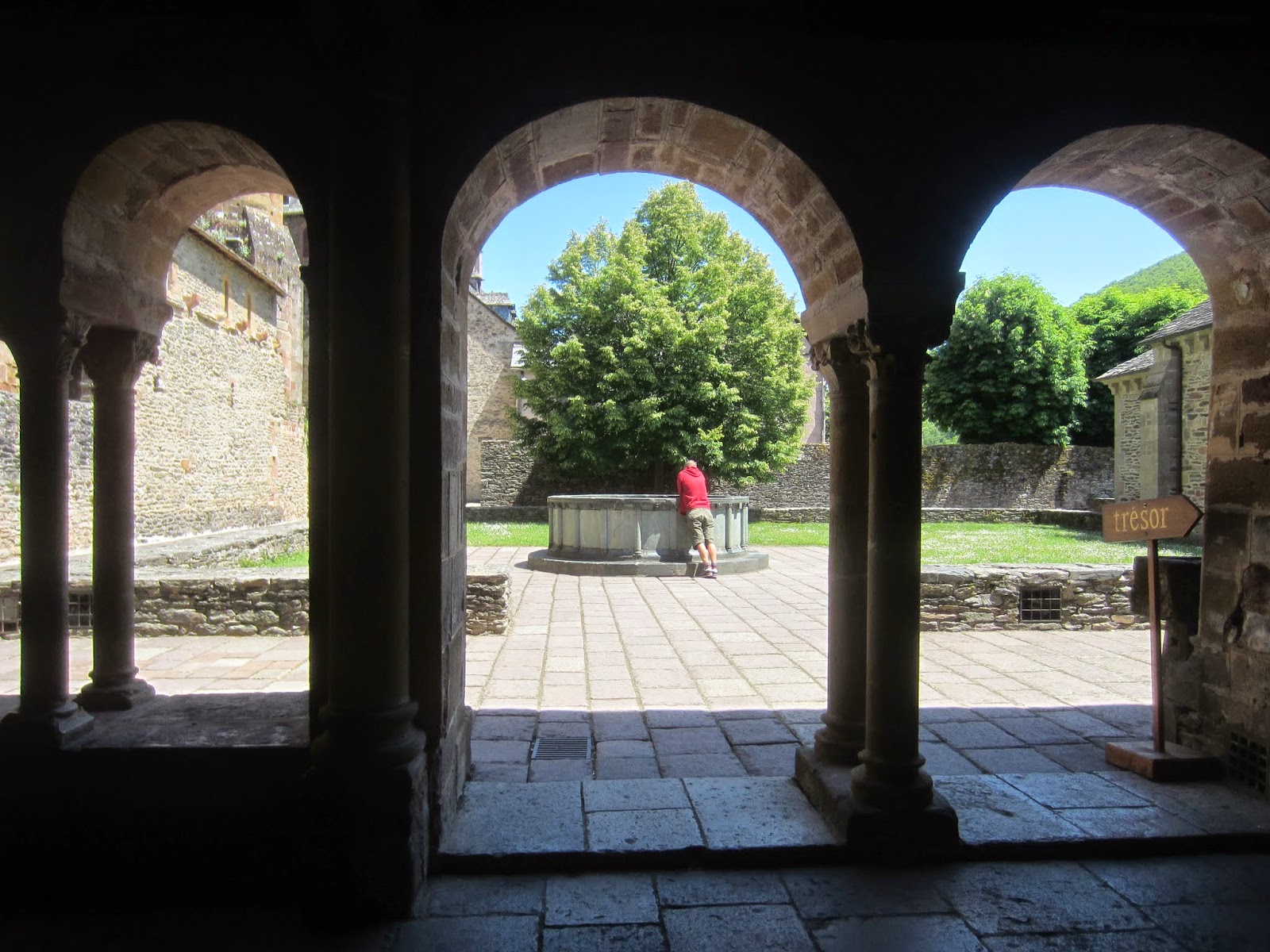 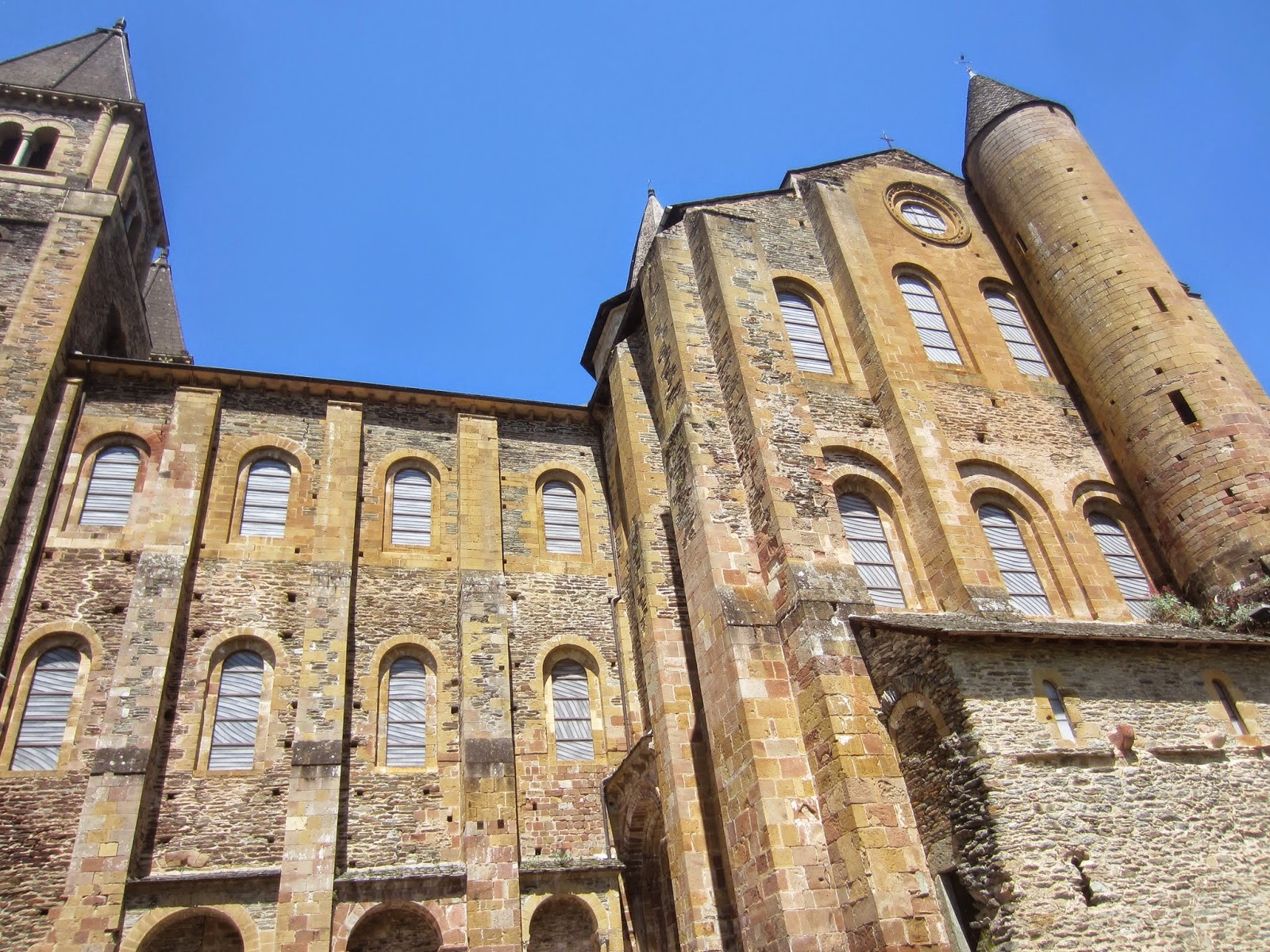 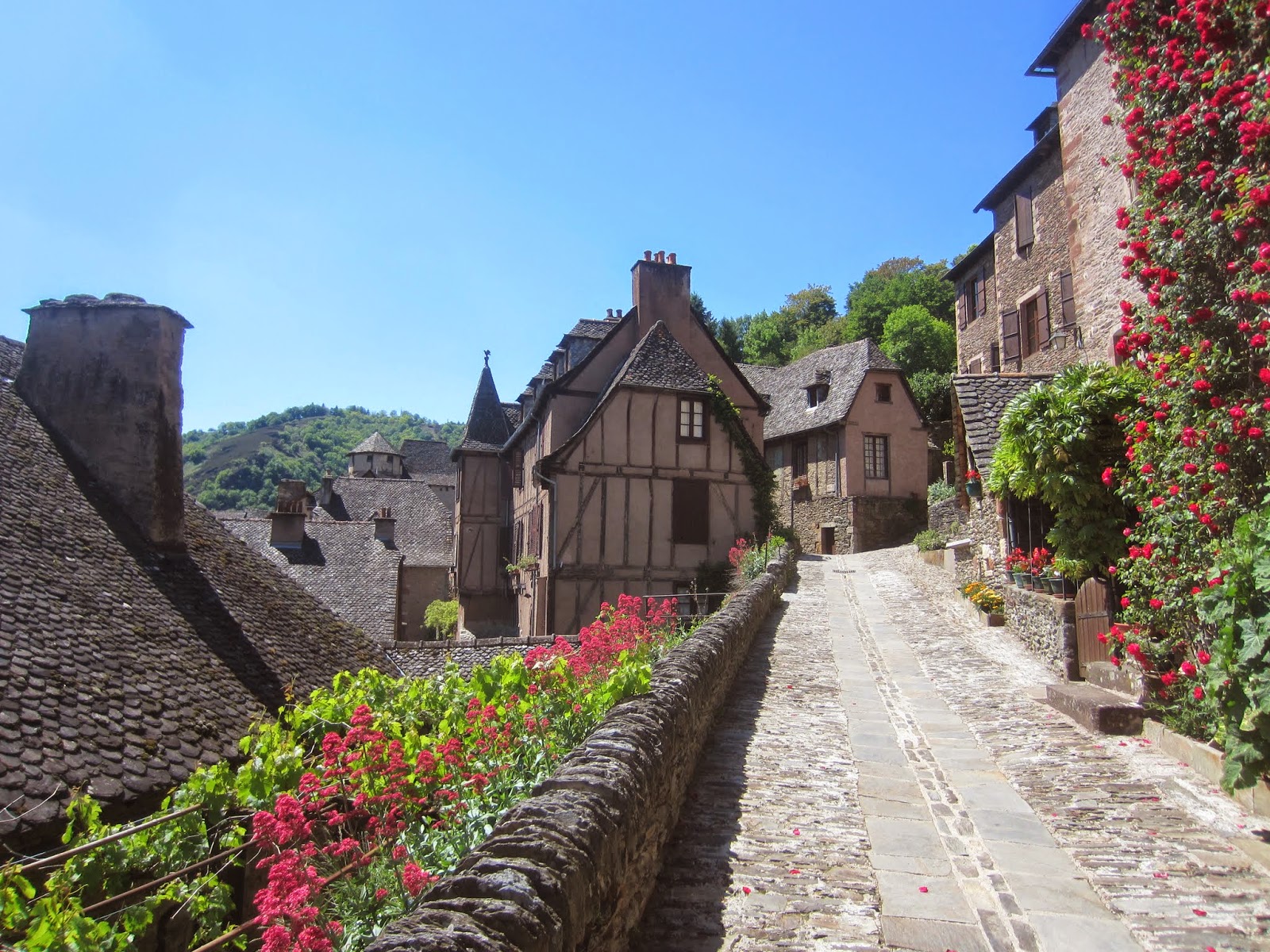 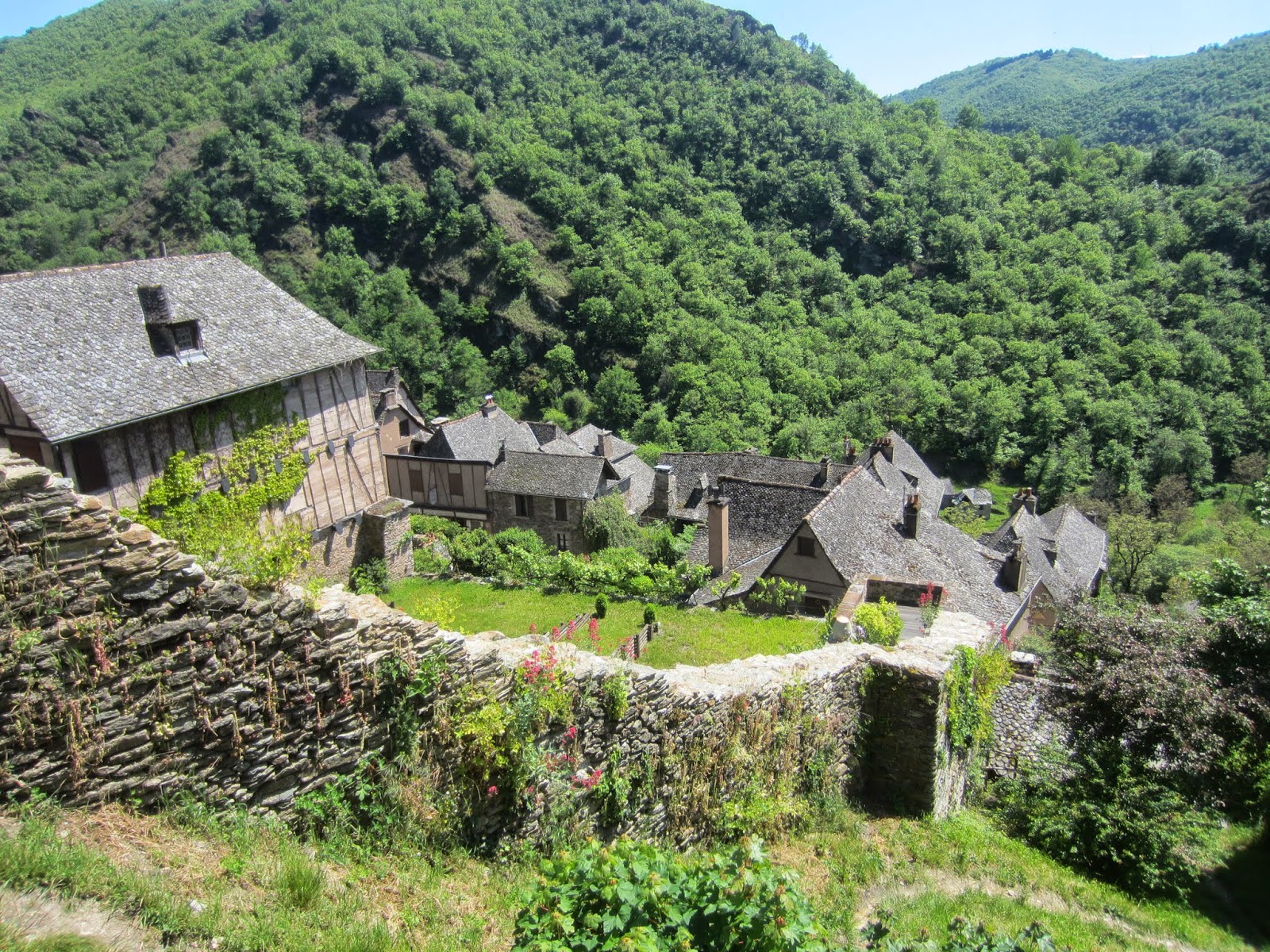 On both sides of my family, cousins have done our family trees and managed to go as far back as 1700s. I probably only know a quarter of all my cousins on either my mum’s or my dad’s side of the family. In the past, some of my ancestors lived in castles and mansions. Not anymore. Until Jamie and I spoke to Didier, who told us of “Le Château D’Anjony”.

The 15th century castle has been passed on and lived in through generations in the same family on my mum’s side. I couldn’t believe it hadn’t been burnt or destroyed due to family feuds and nobles rivalry or more recently sold, as so many properties do due to the extortionate upkeeps. We went and had a look. Unfortunately there are only scheduled visits and the gardener we met, very fleetingly, seemed far too busy to listen to my story. As it is lived in, we couldn’t enter the garden either, but the walkway to the park underneath gave us good views. Maybe one day, I will contact the family and arrange to meet up to hear about their wonderful history. 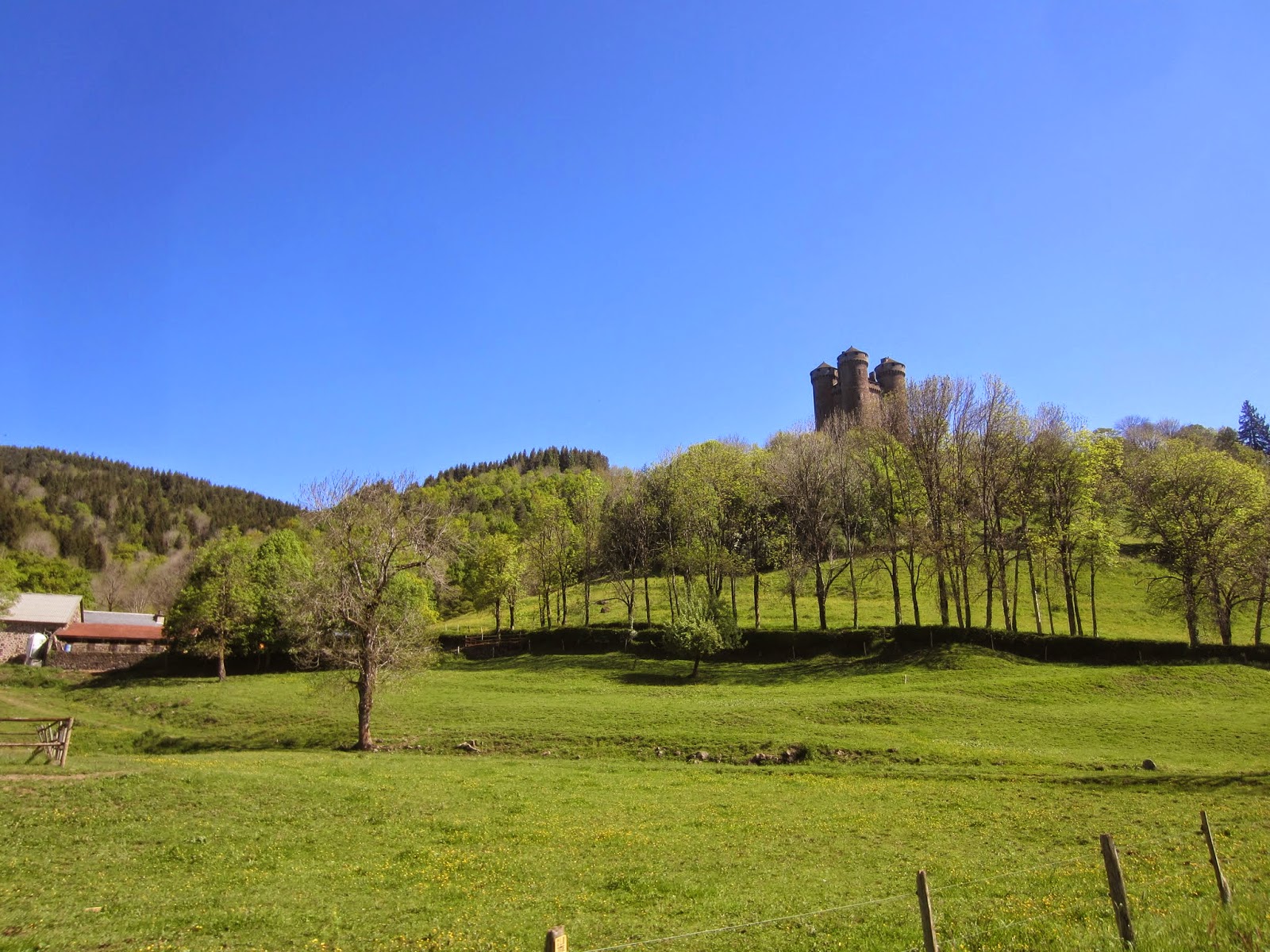 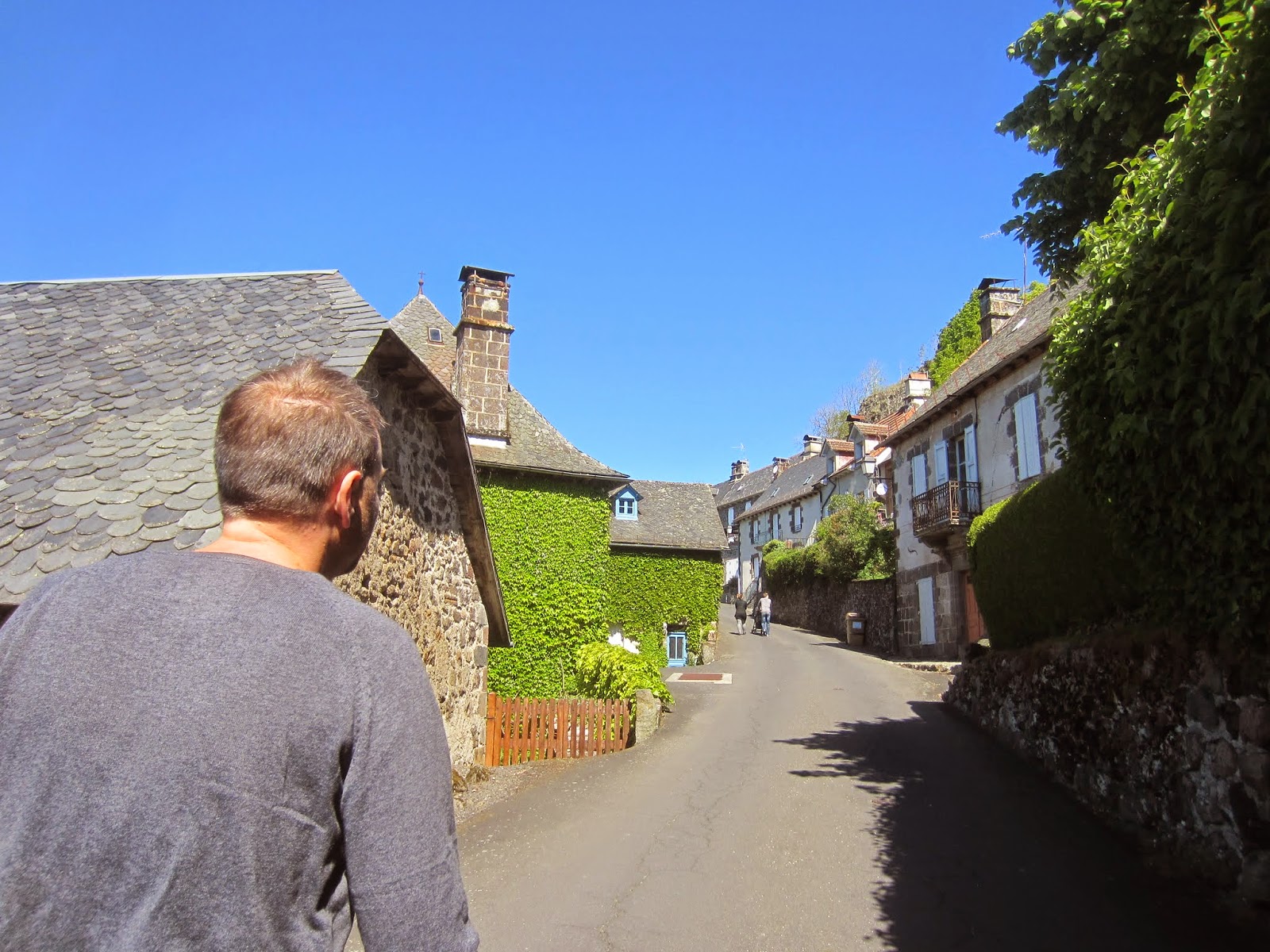 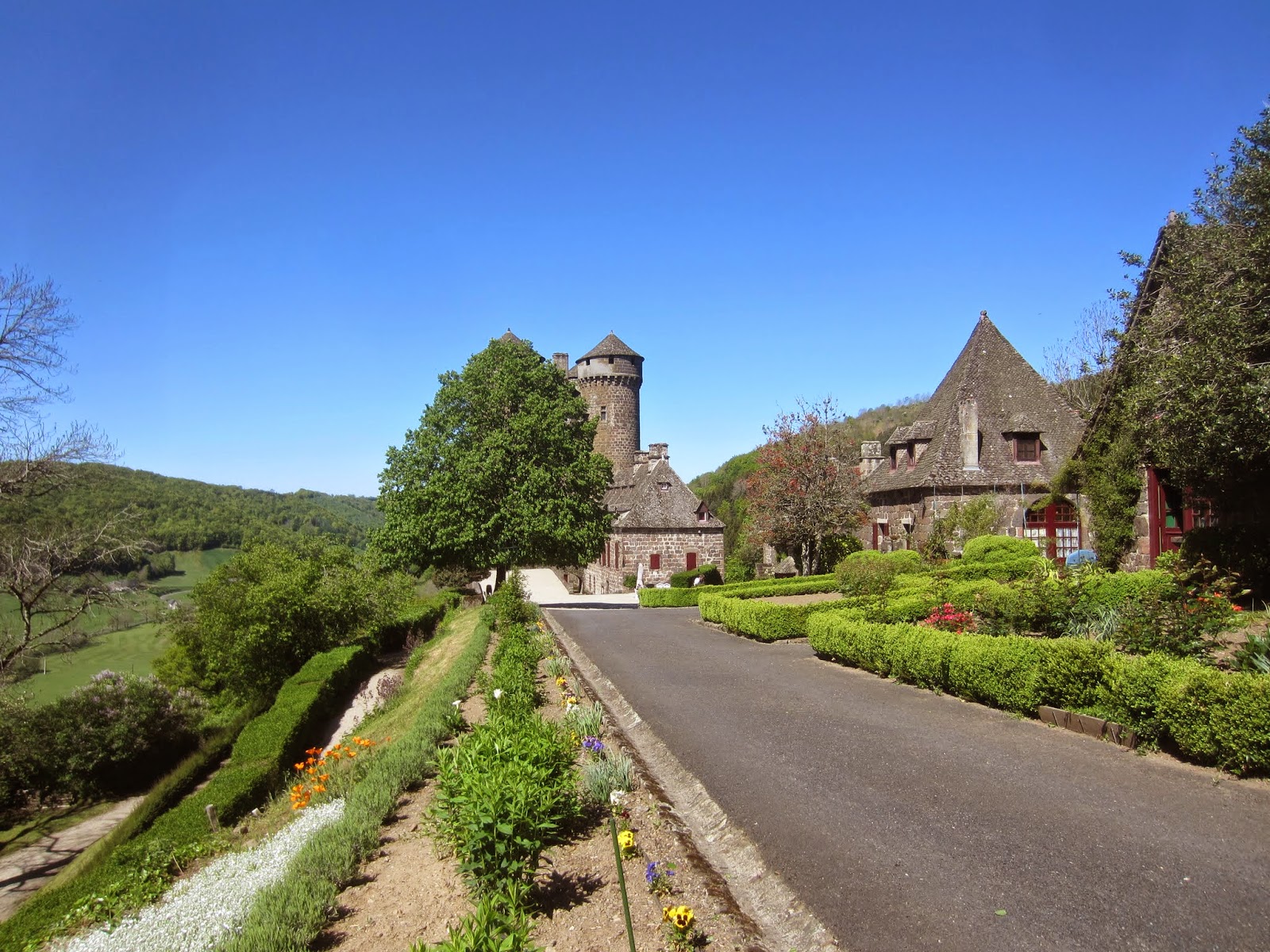 The End of Part One... Look out for Part Two.