Volubilis, Mèknes and the Atlas mountains

Posted by Unknown on March 20, 2014
Stefan, Meike and Beno left Chefchaouen and camping Azilane a little bit earlier than us on Tuesday 4 February. We decided to go our separate ways for a few days, but meet back again in the Middle Atlas mountains near Midelt. After reading a few things online and in our guide book, we decided to head to the roman ruins of Volubilis and then Mèknes. It may sound silly, especially to Moroccans, but I’d never actually realised that the Romans had made it all the way to Morocco. They had invaded Europe, but I must have missed out the part where history books mentioned Romans settled in parts of North Africa.

Whereas Pompeii’s very much visited and one of the most well-known historical site in the world, Volubilis is very much the opposite. Nestled in a peaceful and lush green valley, only a couple of coaches and a few cars were parked in the small car park. As we arrived late afternoon, we wild-camped nearby and came back in the morning. The parking guardian was very friendly and lovely – impressed by my few words of Arabic – he immediately warmed to us and showed us where to park. The UNESCO World heritage site may not be as well preserved as its Italian counterparts, but it is non-the-less an impressive site. The city dates back from 3rd century AD and had a population of 20,000 at its peak. At 10Dh each, the entrance seemed very cheap for such a great site. Even though, Jamie and I don’t do guided tours, I ended up paying one of the security guards 50Dh to take us around. Jamie went off on his own and I walked with Mohammed around the ruins.


In the midst of explanations & talks about his family and living in Morocco, Mohammed told me there was a “surprise” and that we were near the “pleasure room”. I was completely baffled and wondered what he was talking about when it suddenly dawned on me that the penis sculpted on a plinth which Jamie had showed me the night before may not have been a joke after all. Indeed, it was a real feature and displayed proudly on its own in the middle of a big room – what would have been a Roman brothel. Mohammed told me in French, in quite a pushy tone: “go on, go near it, touch it, it brings luck, touch it Madam”. I’m not normally that prudish, but touching a big sculpted erected penis is not really my thing. In a millisecond, I prudishly poked it with my fingertip. The ordeal was over!

A couple of mint teas later and Jamie and I were discovering a different world, the imperial city of Mèknes. We managed to find out where to park after driving around and asking a couple of people: Place Lalla Aouda by the royal golf course and opposite Koubbat as-Sufara'; a small reception hall for foreign ambassadors.


The parking guardian appeared at first very friendly and welcoming telling us that the site was safe and manned 24hrs, we paid him 40Dh for our overnight stay. As soon as I asked him, however, his advice on where to eat later, it all became a little bit weird. He first didn’t seem to understand that we wanted him to tell us where he would eat, not a list of the restaurant on the square offering “menu complet”. And he then brought us to an artisan shop on the artisan row off the main square in the old medina. We looked at the embroidery and the Damascene inlayed plates and other objects with an apologetic smile. We felt sorry, but we didn’t want to buy anything. The moment didn’t last long, but we both felt cheated almost – I had made clear to the guardian that we weren’t interested in buying anything right from the start.

It’s such a shame that this clouded our visit of Mèknes as everything else was great. We went on a walking tour visiting Koubbat as-Sufara and its crypt (a dark humid high ceiling cave where food used to be stored – the stories of Christians being imprisoned there are not true); the royal golf course; the mausoleum of Moulay Ismail & its mosque; Heri Es-Souani, the royal stables*; Sahrij Swani, the basin of the Norias and the old medina. Volubilis in the morning and now this, our legs felt a little bit like jelly and our empty stomach were crying for something to eat. Riad Malak opened us its doors even though it was out-of-hours; at 4.30pm, it wasn’t lunch, but it wasn’t dinner either. The two young lads who welcomed us, seemed to have been left on their own to man this traditional home in the heart of the medina during the quieter part of the day. We could tell they were trying their best to provide for us with the little they had. They warned us right from the start that the food wouldn’t be fresh. They’d use the lunch leftovers of fried egg & beef tagine and asked if we’d be happy with this and a traditional Moroccan soup to start with. We didn’t mind at all! We just felt grateful they’d even let us in. Our backpacks down and sat on the top roof terrace with almost a 360 degree view of Mèknes, this was what we’d needed. 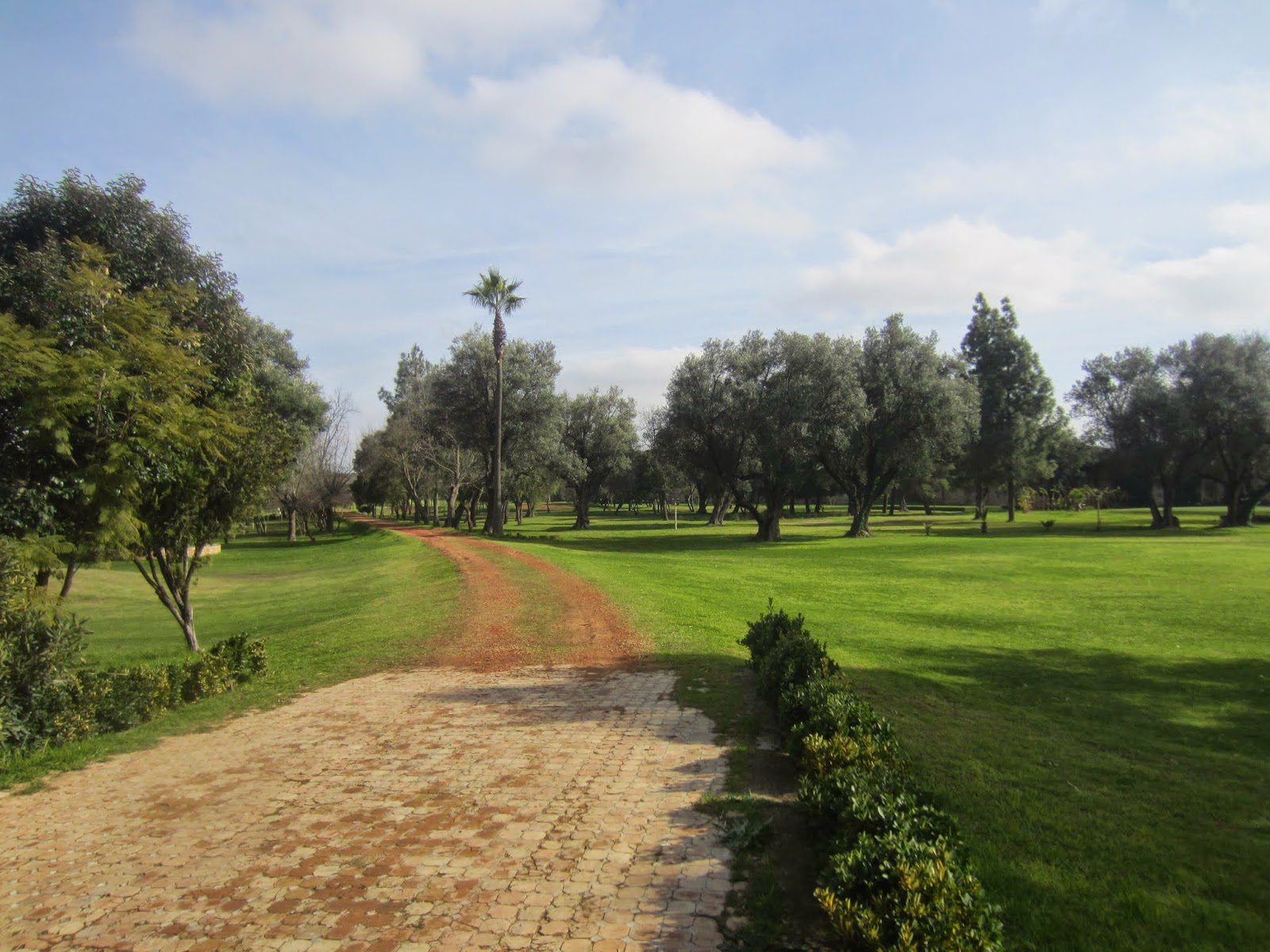 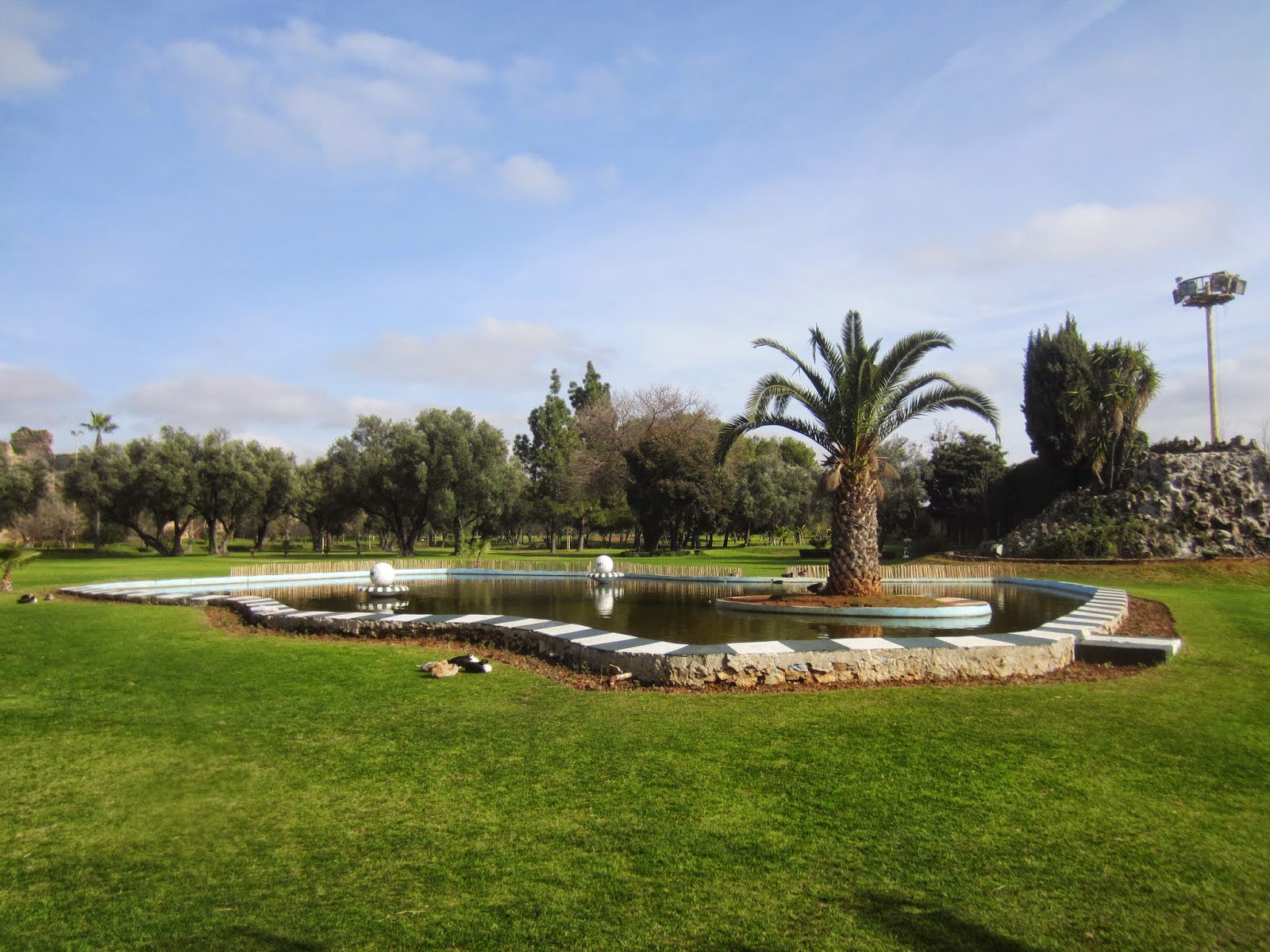 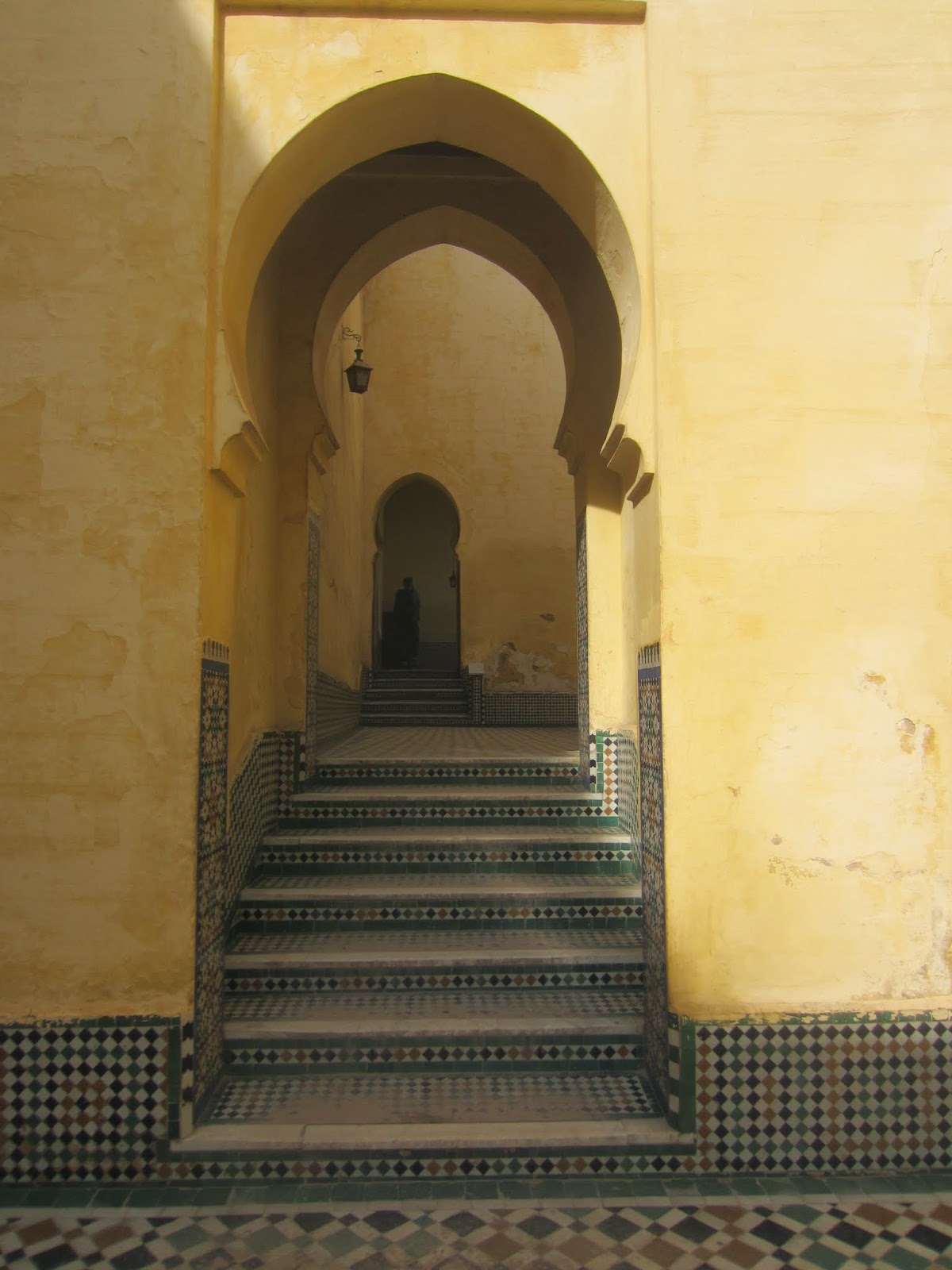 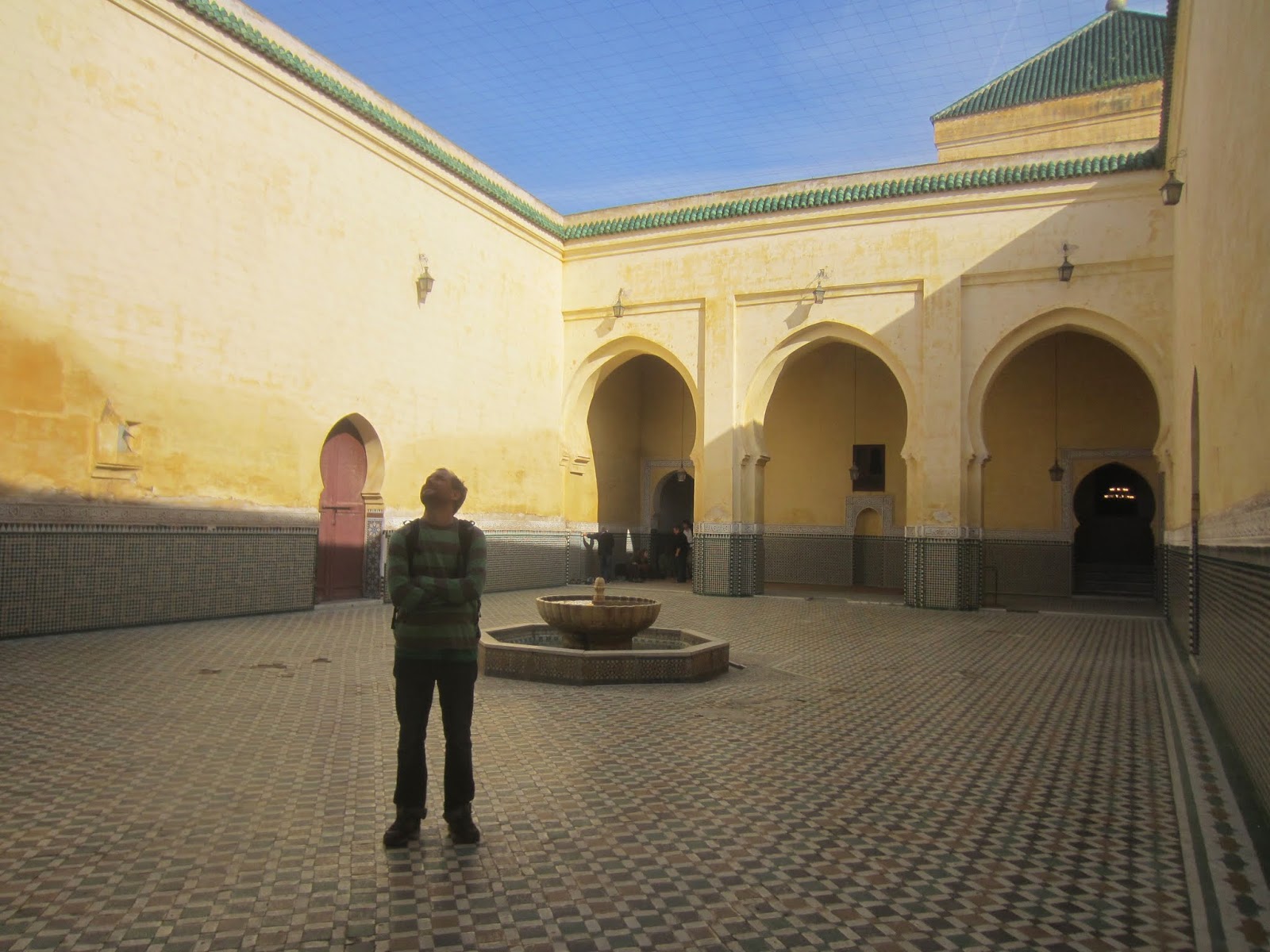 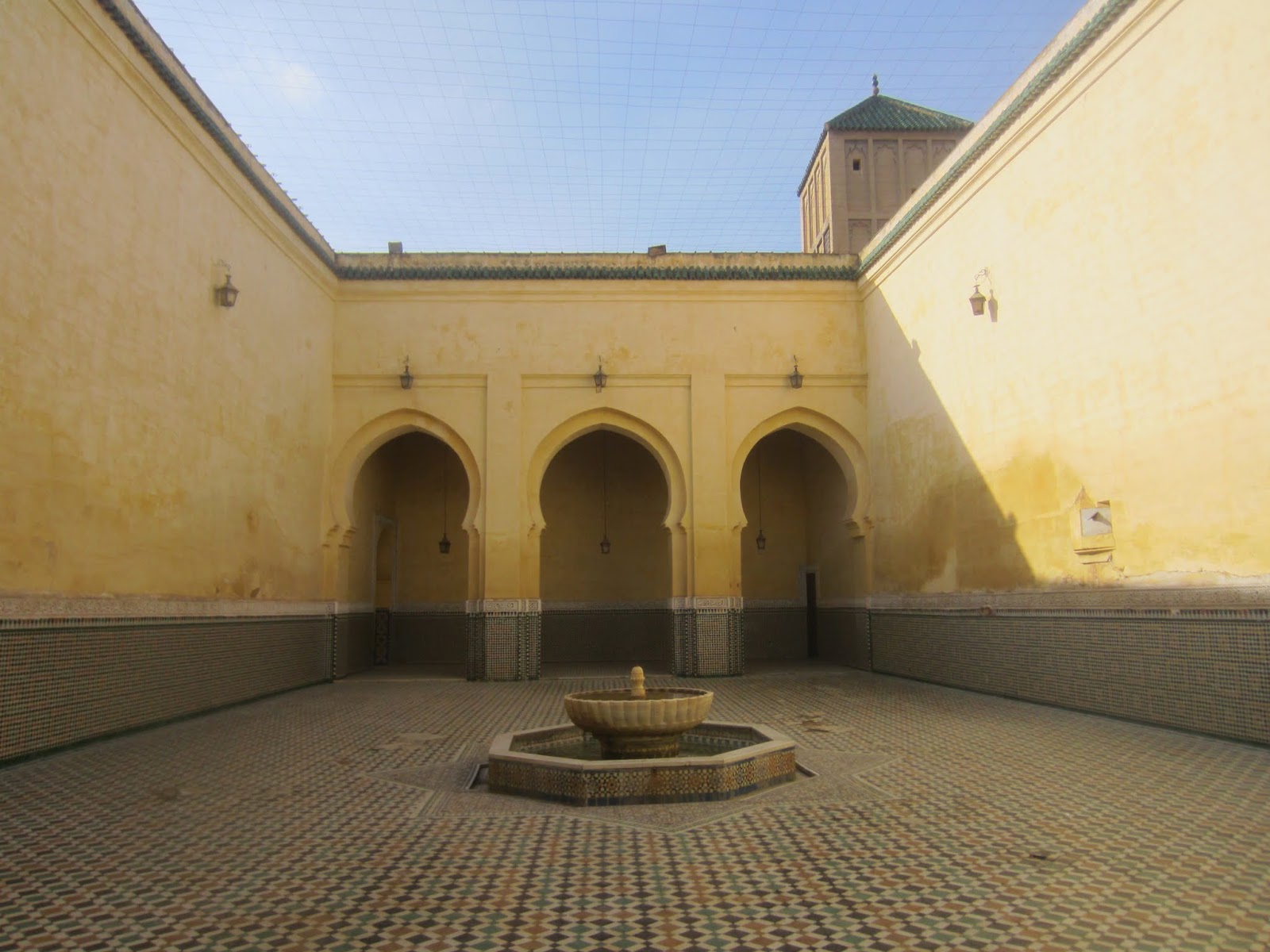 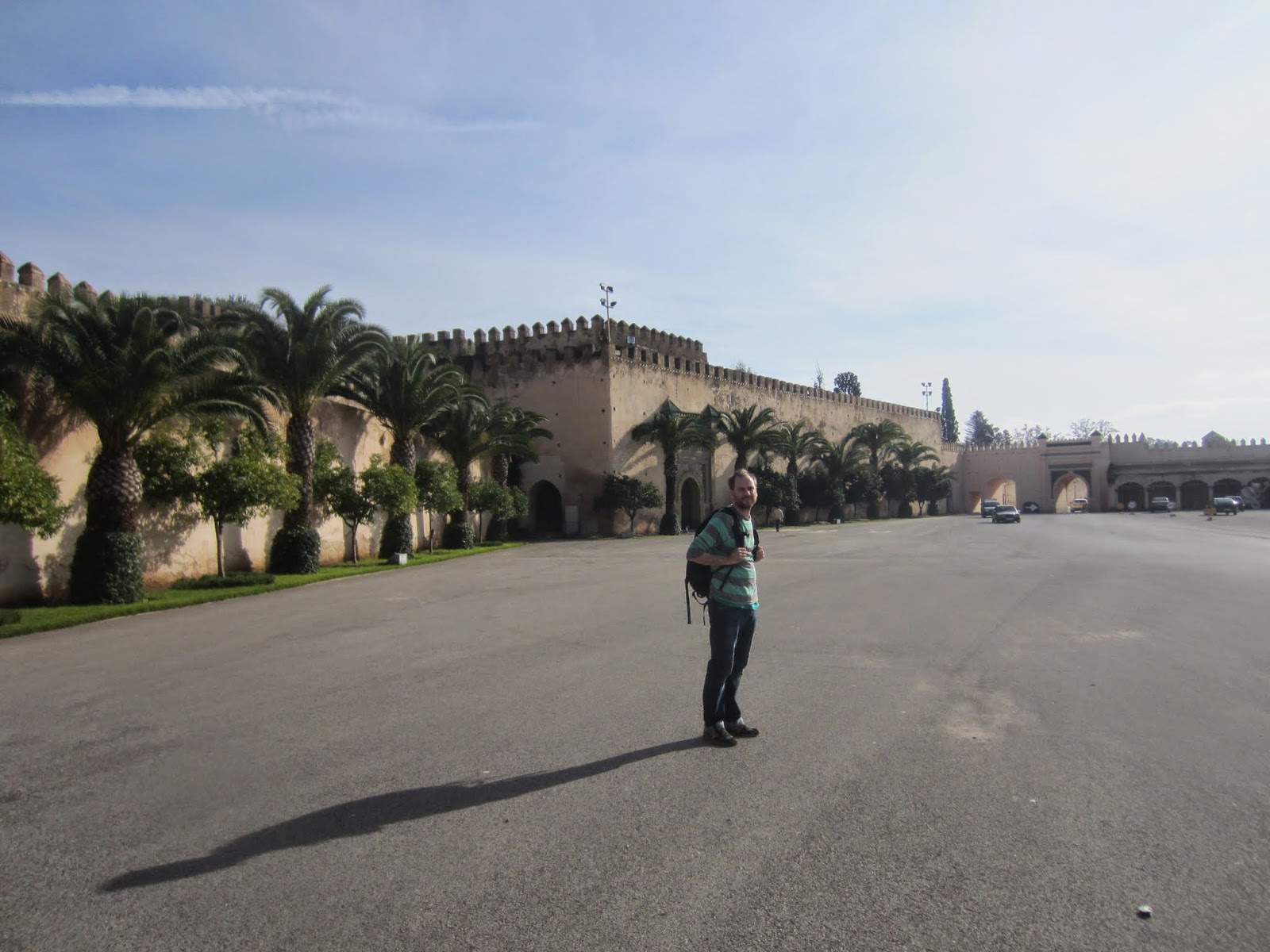 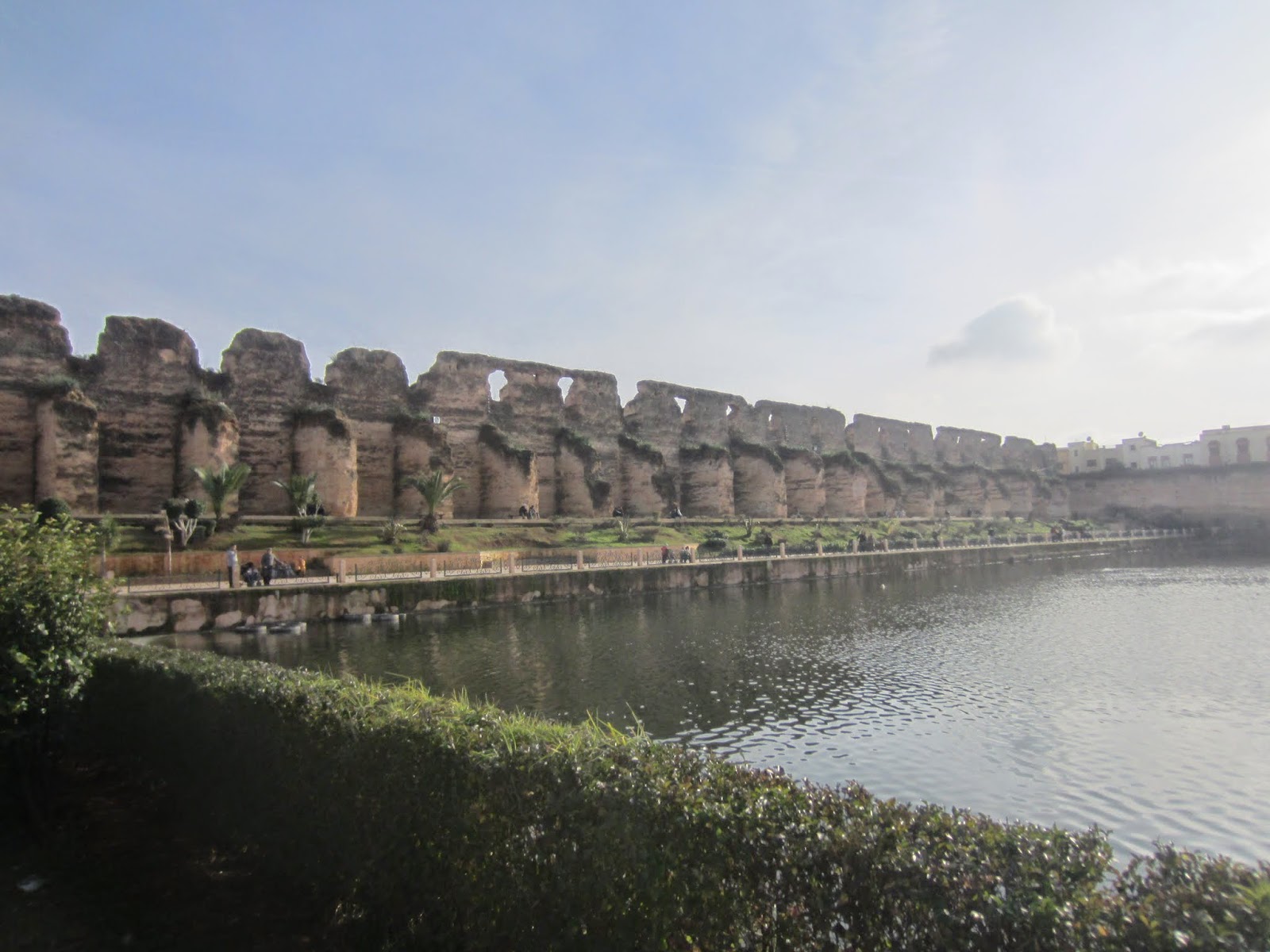 After the hustle and bustle of Chefchaouen and Mèknes, we ached for a little bit of countryside, getting showered and wondered if we’d be able to do some washing. Camping Ksar Timnay was our first stop in the Middle Atlas mountains and the Berbers region. A terracotta-walled campsite in the middle of nowhere with its own Kasbah, swimming pool, riad, restaurant and even its own lake, Ksar Timnay looked quite grand. It wasn’t the big complex campsite as the ones seen in France for example. Everything had been built and laid out with care using and displaying traditional local features. Greeted by its multilingual owner, we gladly parked Izzy.

Jamie had managed to search online for a good bike ride to do. After reading different blogs and looking at maps, he managed to come up with a loop going across many small Berbers villages at the foot of the magnificent snowy peaked Middle Atlas. I had previously thought about cycling attire and what one should wear whether men or women. It was a hot day. We were going to cycle through remote Berbers villages. It was too hot for leggings, but shorts would be disrespectful. Luckily my (great) sister, Dominique had given me a pair of three-quarter length lycras – thank you! With arms and legs largely covered, we set sail. It was a beautiful & quite arid landscape. Both kids and adults would wave at us, children would run after us and try to touch us – we seemed to be the attraction of the day in these remote part of Morocco.  Stopped at a local counter shop in one of the villages to buy snacks, small kids and a few adults gathered around me whilst Jamie was paying. They seemed to be eyeing up and down my strange cycling outfit. I felt too much “on show”. I felt out-of-place and an urge to leave. If this was a taste of stardom, I can understand why many celebrities prefer keeping a low profile. Celeb’ for a day? Non merci! 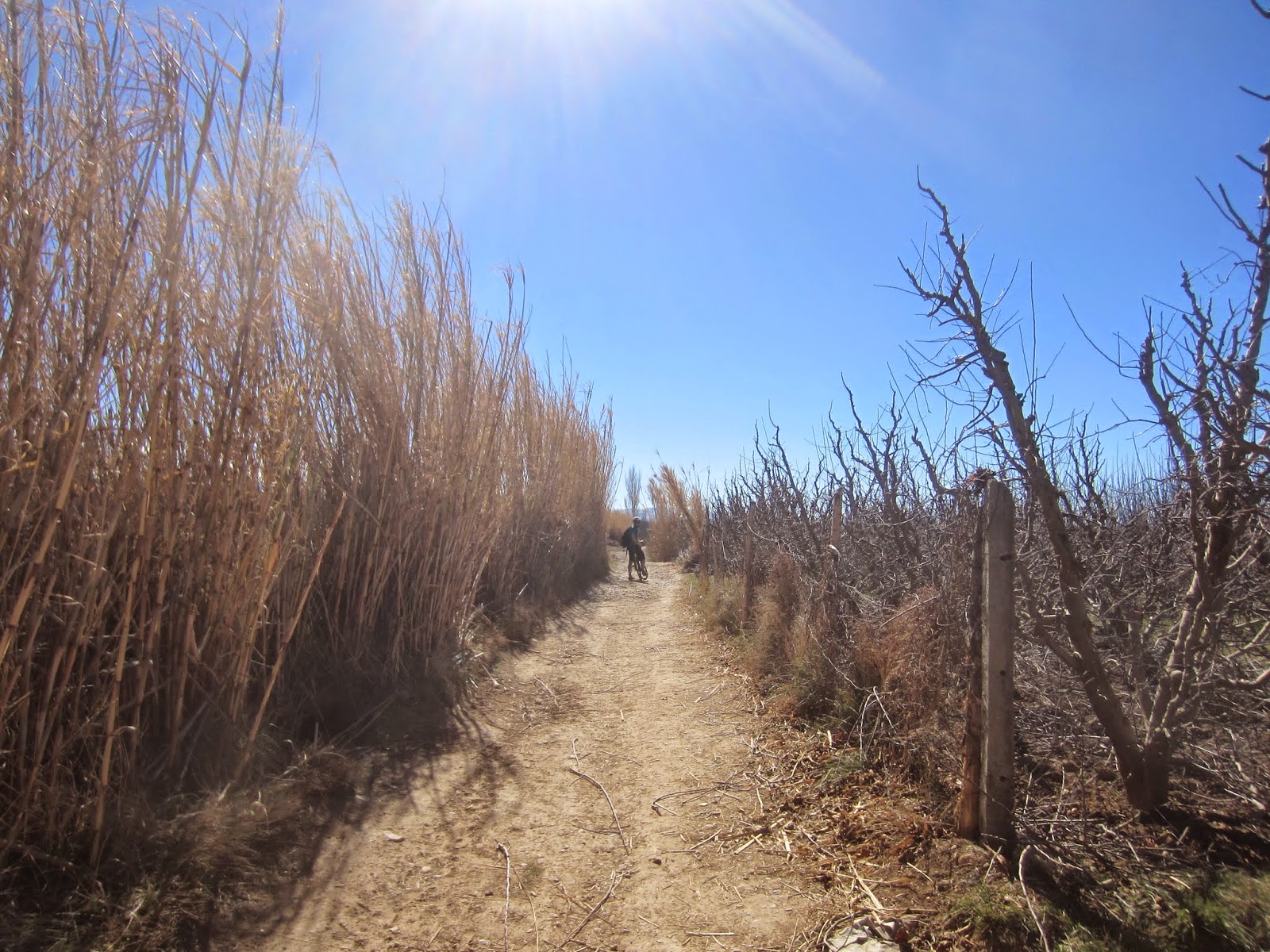 “Après l’effort, le récomfort”. After our sporting efforts, we treated ourselves to a “menu complet” at the campsite restaurant. It was a lovely experience in a warm wooden-beamed low-ceiling interior. As we’d chosen our order in advance, we’d only put our feet under the table that we were served. It was a friendly and cosy affair after a sweaty ride!

We’d advised Stefan, Meike and Beno to come and meet us as it was such lovely grounds. They arrived late afternoon on our third day and agreed to follow us on the next day to Midelt to explore further the Middle Atlas mountains. It’s a shame they only experienced the campsite for a short amount of time, but they were happy to continue. We’d finally be able to spend a night together drinking and sharing our travel accounts.