Kyrgyzstan in a Camper - Part 1 - Wonderful Valleys and Mountain Lakes

Posted by Unknown on August 21, 2018
So we said a sad bye bye to Kazakshtan. We had really fallen in love with the country over the last four weeks. But we thought it was time to move on and onto a new country, Kyrgyzstan.


Crossing the small border point from Kegen, Kazakhstan was pretty easy – it only took us about 20 minutes in all. Some of the Kyrgyz guards weren’t that friendly, and were hell-bent on separating us – whilst they were looking inside the van and checking its “passport” with Jamie – I was told to go to the checkpoint. We drove on only to stop by a building a few metres passed the barrier as we wondered if this was where we could purchase insurance (vehicle). The building looked like it’d been empty for a while. I could see that the guards were getting impatient, they were waving us to move on. So we left pretty hastily.

From there, we had our first taste of bad asphalt or lack of-. The road wasn’t good indeed, but the scenery; quiet green pasture land with rolling peaks, a few herders with packs of horses and Summer homes in the form of yurts or roulotte was beautiful. We were somewhere else. Somewhere far from home. That is until, we were taken over by a small group of Dutch motorhomers. We hadn’t seen anybody from our continent for a long while. It actually felt nice to see some fellow Europeans. So when we saw them parked by the side of the road, we stopped and went to say hello. They were a group of retired friends on a tour of Central Asia. We ended up chatting, sharing anecdotes and mechanical advice. Their friend-and tour organiser, Art helped us deflate our tyres – he couldn’t believe we had been driving at nearly five Bar. But that’s what our Fiat Handbook had said, driving was a bit smoother after the deflation. The road was really bad, think big gravel and massive holes. Average speed about 12km/h. 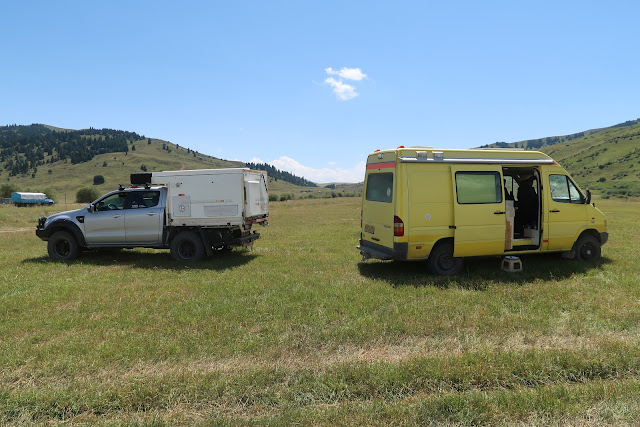 Our first stop was Karakol – a small dusty and noisy city with a few notable buildings including a mosque resembling a Buddhist temple and desolate parks and a seemingly abandoned football stadium. It’s a crossroad for many hikers, trekkers, cyclists you name it from all across the world. A speck of western land inside Central Asia. We stayed at the Riverside Guesthouse where a dutchman called Andrei and his wife let us park for as long as we needed. We did some much needed repairs on the van, including the step which has consistently taken a battering along the roads. Jamie managed to fix it and now it works better than ever. 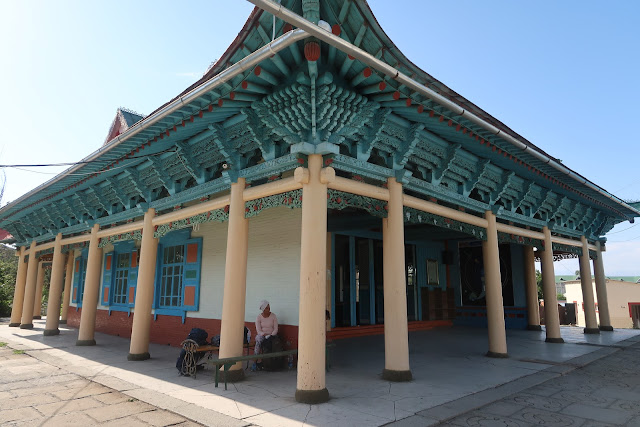 Next we moved on to The Barksoon Valley, which, fortunately, depending on your point of view has a Canadian owned gold mine right at the end of it. I say fortunately because the road up the valley, despite being a dirt track was scraped about four times a day so it was completely smooth. We picked up a Czech couple who were hitchhiking around Central Asia. They were lovely and it was nice to swap stories and tips. 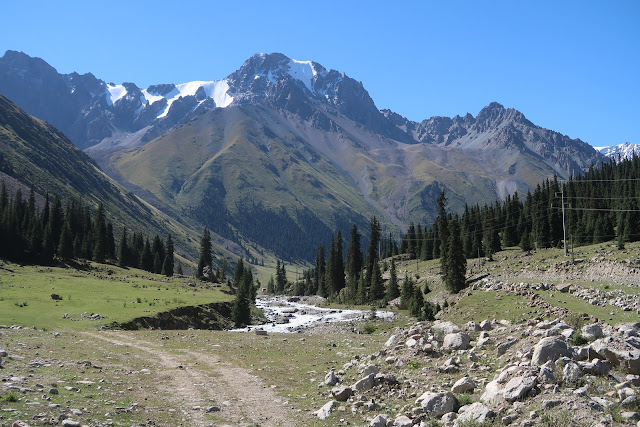 We had our first taste of Kyrgyz hospitality. A farmer came to see us where we had camped for the night and invited us to his house for a bite to eat, and to also refill our water tanks from his own spring. So we went and were invited to eat soup with them in their dining room. Before we left Wakefield, we had read that one should always bring a gift if invited to someone's house. Especially gifts from your own region, so we had brought a stash of Wakefield postcards and some pencils for children that we met. They loved them and their grandchildren loved the pencils and notebooks we gave them. They helped us fill our fresh water tanks. We thanked them gratefully and set off back down the valley. 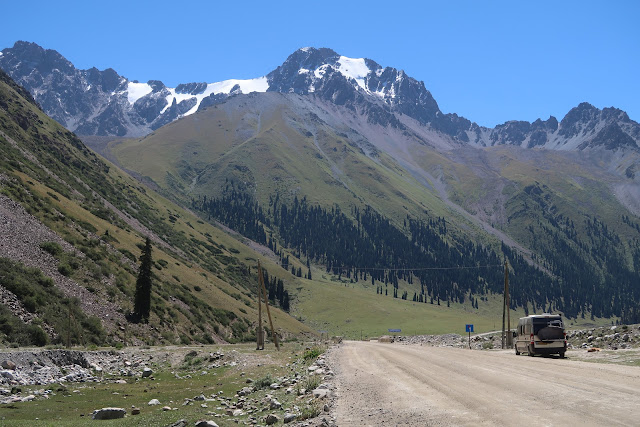 After our lovely experience of Kyrgyz hospitality we headed to the second highest navigable lake in the world; Lake Issyk-Kol. The waters were wonderfully crystal clear, and we found a quiet, secluded spot to swim and camp. The water was surprisingly warm.

Next we plan to head up to some very high altitude passes of over 3000m towards an ancient 12 century caravanserai which is another name for the ancient inn and trading post for travellers and explorers from hundreds of years ago. I hope the van can cope with the altitude. 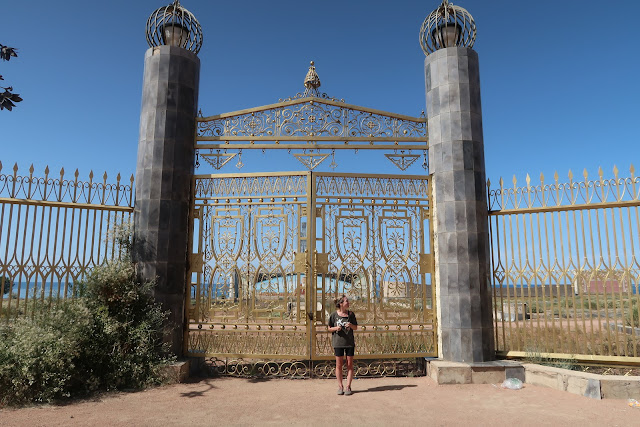 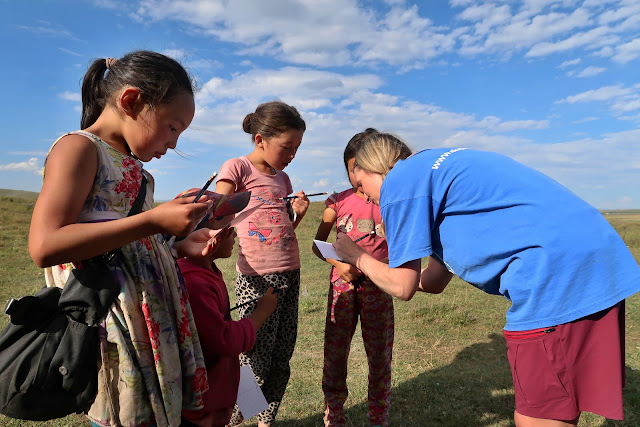 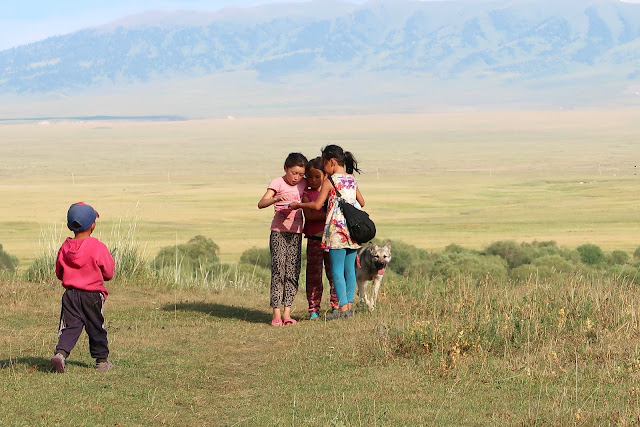