Kazakhstan in a camper - Part 4 - Humbling Kazakh warmth and hospitality

Posted by wakeyjamie on August 05, 2018
And so after Astana we were craving the wonderful wilderness that Kazakhstan has to offer. We headed south along a wonderful new strech of motorway towards Karaganda. Just east of Karaganda is a little unasuming village called Dolinka. Nowadays it's a sleepy village of a few hundred people and a fair number of barking dogs, but it holds a rather sad claim to fame. It was the HQ of the Kazakhstan Gulag labour camp network. Many people from many different countries were deported here, and sadly many of them never made it out. We arrived with only an hour to spare so we did a bit of speed tourism and rushed around, ushered from room by room by a rather stern museum lady. That night we camped in the car park in front of the museum.

Further on, just a few km south in the wild open wind-swept Kazakh Steppe, there is a very sad and touching memorial at Spassk to all the nationalities burried in mass graves. A large slab of marble with the haunting inscription 'To the victims of repressions who found eternal peace in the Kazakh Soil' greets you as you enter. 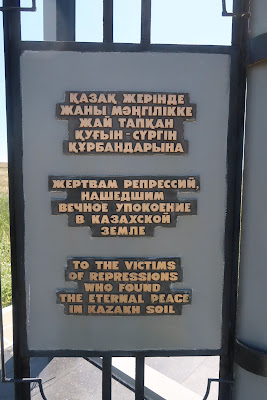 Both Sylvie and myself were really moved and everntually drove away without really saying anyting to each other for a while. There are memorials from France, Italy, Spain, Germany, Georgia, Armenia, Iran, Estonia, Ukraine, Japan, Hungary, Poland, Russia, Finland, Belarus and Chechen & Inghur people.


The next day we carried on south through the Steppe, it's a new landscape to me. I've seen mountains before, and desert, and forests of all kinds but never the wonderful rolling barren endless steppe. I love it, I can't get enough of it. Every spot we choose to spend the night in the van, turns out to be some of the best spots we have ever camped. There's so many places that there's too many to mention. So here are a few pictures. 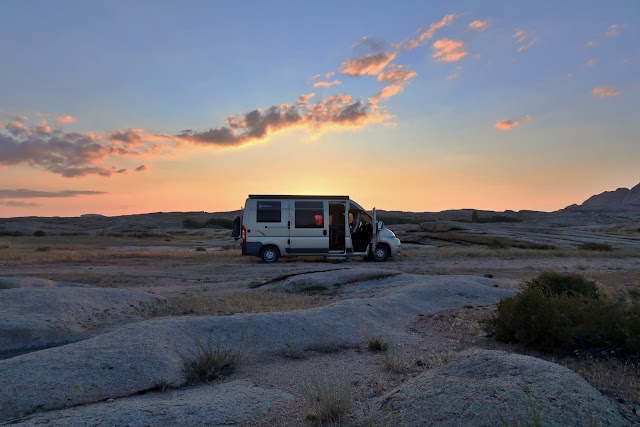 We were running a bit low on supplies and we were really in the middle of knowhere. But we spotted the village of Aksu-Ayulu on the map. So we pulled in and ended up parking in the dusty main square where we became what seemed to be like celebrities. A few men gathered around the van to have a look, ask questions, and pictures.

We asked them if they knew a supermarket and pointed us in the general direction of a store. We managed to find it and when we were greeted by a man who spoke perfect English, turns out he had studied English to University level. He had his nephew helping out during the summer holidays. So we went about telling him the things we wanted. It was quite difficult as everything was behind the counter. Then, when we came to pay, he wouldn't accept any money from us. Nothing, no matter how much we protested. He said it was his way of showing us the Kazakh hospitality. So Roshen, thank you so much, your gesture really meant a lot to us and we won't forget you!

Continuing south towards Almaty our next wonderful stopover was at the Bektau-Ata National Park. A group of granite hills, the highest being 1242m high just jut out of the steppe. It's not suprising that these hills, so unlike anything that surrounds it have taken on a sacred and spiritual quality by local people. The foothills are dotted with cemeteries and mausolea. 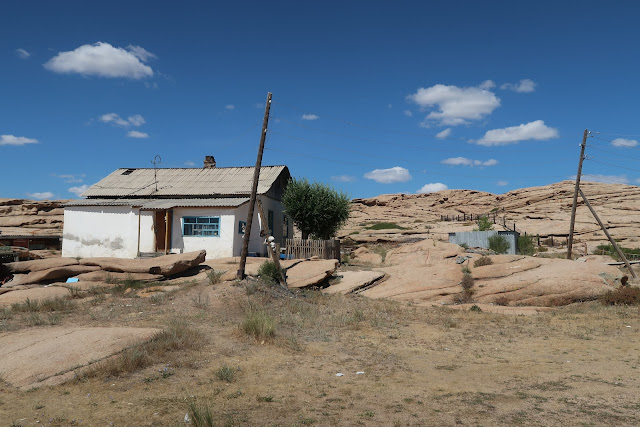 We headed in off the main highway and found somewhere to camp on the undulating granite plateau amongst the juniper bushes. The next day we set off on a little hike, which was a bit difficult as there are no marked trails, but it was good fun bounding around on the granite rocks. Along the way we met a lovely family, just enjoying the early Saturday morning sunshine. 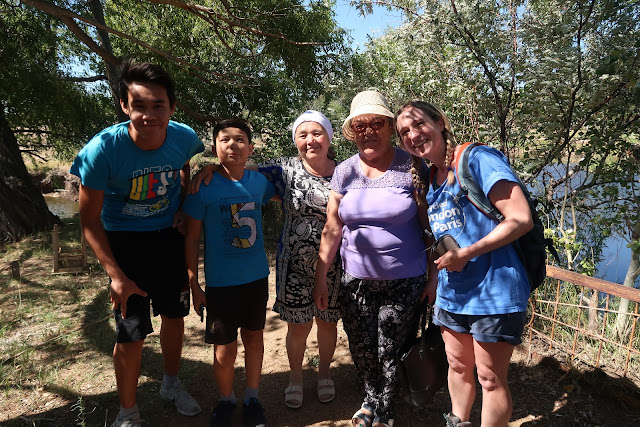 The roads in Kazakhstan are a constant headache, and proobably the most difficult thing about travelling here in a non-4wd campervan. We never know if we're gonna get brand new, perfectly smooth four-lane motorway or roads so potholed and distorted that it is impossible to drive any faster than 15kph. But we took a gamble and decided to try and drive to some ancient petroglyghs. This involved a 60km drive off the main road, along a nightmare-of-a-road. The van seems to struggle with these long slow stretches and quite often the exhaust starts producing the dreaded white smoke. But we pressed on and came to the UNESCO world heritage protected site. The gamble had totally paid off. We walked into a valley filled with thousands of rock carvings dating from the Bronze and Iron Age. A recurring feature was the 'Giant Sun Head Diety' which I thought would be a good name for our debut album if me and Sylvie ever decide to form a folk duo. 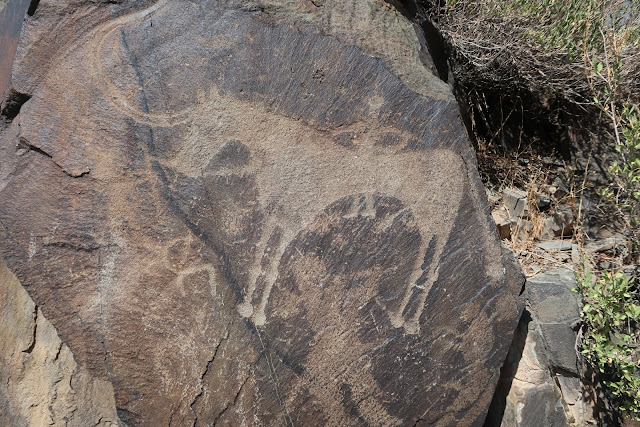 As we left we realised we were desperate for water, so whilst offering the ticket lady a lift home to the next village we asked if she knew if there was a spring, she took us to what looked like a cattle trough but assured us it was safe to drink and that all the villages washed and drank there. We took a risk, filled the van and our drinking bottles. So far, we've been ok, no shits or voms. Yet! 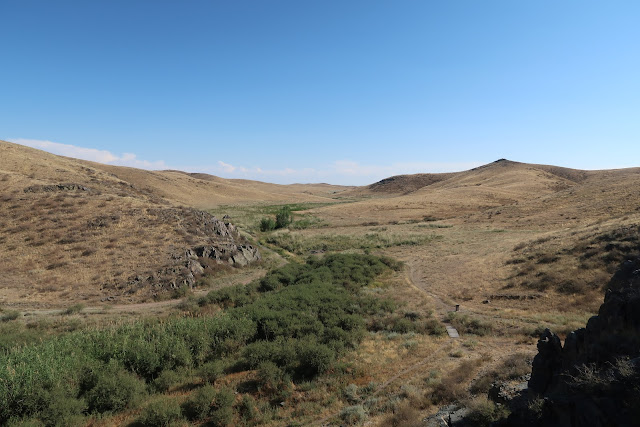