Our Eighth Week Working In Camping Le Moulin In The Poitou

We welcomed some lovely campers in their caravan with whom we exchanged a few travelling stories. Tina and her husband had hired motorhomes in quite a few faraway places including Newfoundland (Canada)! They stayed a couple of days with us. We waved them off and, us too, were setting off on a mini-adventure!

We left on Sunday for a couple of days in the Parc Naturel Régional du Périgord-Limousin. A big wooded area South of Oradour-Sur-Glane and South West of Limoges. Driving on small country lanes in rural France passing through quiet villages, tiny hamlets and farmlands, we both realised how much we’d missed travelling in the campervan. The sense of freedom it gives you whereby one can stop or just go on as it pleases. We visited Brantôme, but much preferred laidback and humble Nontron. It may not have had all the shops and restaurants that Brantôme had to offer, but on the side of its main square, Le Trotteur bar can compete against them all. Its down-to-earth atmosphere attracted us and so we enjoyed our coffees at the terrace. We spent Sunday night wild camping by a reservoir (Étang de Pouyol) just passed the small village of Champniers-et-Reilhac. I had a wild shower and, for a few minutes, felt like in Sweden again... 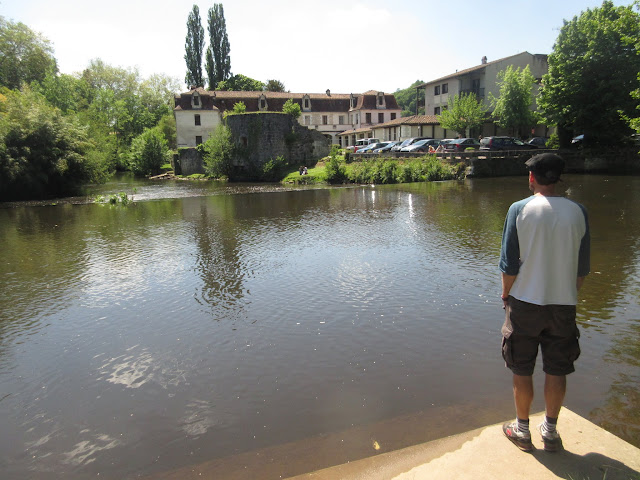 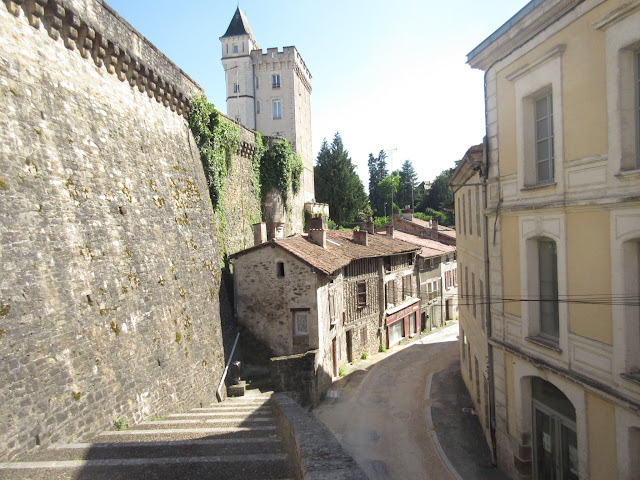 Working our way back to the beginning of the week, business was slow and has been unusually slow for the season. Talking with Stuart, Sarah and Nigel, our verdict is that it is primarily due to roadworks in Chef-Boutonne. These have been going on since we arrived and have been affecting not only us, but local businesses too. This week was particularly bad as roadworks were toppled by bad weather and the resurfacing of the road leading to the campsite. The latter meant that our only signposted entrance road was shut for a day without any warning from the local authorities.


We’re keeping making the campsite as nice as possible whilst we can so weeding is our motto! Using the digger, Stuart, Jamie and I weeded the whole area in front of the restaurant. Jamie and I continued on and started weeding the bottom of the main road leading to the mobile homes. We also cleaned all the furniture by the pool, sweeped the ground and attempted to get rid of all the weeds between the paved stones... Quite a tricky task this one!


Last, but not least, Jamie’s been having French lessons for five weeks now.  Although he has not found a course that completely suit him best, he’s making do with a beginner’s course and a more advanced one run by the association, Mot à Mot (Word by Word). The latter, run by volunteers for anybody wanting to either improve or learn French, is quite the challenge. The course lasts three hours and none of the volunteers can speak English – yes, Jamie is thrown into the deep end! Although he nearly gave up after the first lesson, he’s now glad he’s stuck with it as both course complement each other. The beginner’s course run by French teacher, Émilie, is the other extreme. Informal, laidback and conversational-only, it actually makes Jamie feel good to go and reassures him that his French’s not so bad after all when others who’ve been living and working in the country can barely put a sentence together.

Jamie has improved a lot already. I’m very proud of him for sticking with it. Could we watch a French film together at the cinema by the end of the season? This may be quite hard still and let’s not be too presomptuous, I don’t want to pressure him. Let’s see how he progresses.