A Taste of Britain in Gibraltar

Posted by Unknown on November 20, 2014
Back to Western shores after Morocco, it was lovely to spend some time again with our family. We’re so lucky to have Jamie’s sister, Sallie and “her boys” near Tarifa. It was so nice to not have to worry about finding a place to camp especially since our ferry journey back had been delayed by up to five hours! I argued with one of the ferry assistant who wouldn’t let us seat on the empty upper level when hundreds of foot and coach passengers had their bags everywhere in the bar/lounge area and cafeteria, people laying on benches – it was a free for all. I wished I’d known more Spanish to have had a proper argument – put on the spot, I muddled my words, repeated myself and could feel the anger growing – it wasn’t nice to look at.

Parking in the dark and a few hours to sleep in Sallie and Dan’s drive, we started sorting things out once awake, eaten and freshened up. Washing load and full motorhome cleanup – emptying each cupboard, dusting and wiping every surface to rid Izzy of its fine desert dust! A few things needed fixing including our toilet flush – the pump was splurting out water & chemical rather than flushing. Fortunately, after reading several forums online, Jamie managed to take it all apart and fix it with a cable tie. Putting it back together was quite the trick too. His successful DIY job saved us around £140!

Whilst Jamie was sorting out the van, I was helping out Sallie with cooking, baking, washing up, cleaning and sewing things/patching clothes up. It was nice to spend time together and baking with our nephews, Noa and Elliah. Although, we had enjoyed Moroccan food, it seemed that our palate craved for Western cheeses, bread, chocolate and biscuits. And alcohol too... It makes us sound like alcoholics! We had been dry for four weeks – not that long really, isn’t it?! We were just dreaming of a nice glass of wine and beer.

After a week, we had itchy feet. It was time to go. Portugal and Northern Spain were next on our journey. But first, time to visit our friend, Clara in Gibraltar – “Gib’” for the locals. Jamie had been several times as a kid and teenager. I had never been and wanted to see what it was all about – was it as English as Jamie and others had described it to be? Would arriving in an English-plated campervan draw some bad looks and mean that we’d spend hours waiting to enter at the border?

Luckily, the latter didn’t happen as we walked in. We parked in a big car park in La Linea. It was the best place to leave Izzy, The Motorhome/camp overnight according to the various camping and caravanning forums Jamie looked at and confirmed by Clara. 12Euros, without toilets, but 24hr security, it was a pricey, but safest option.

Clara became our tour guide. In two days, one night, it was speed tourism with fun! Clara showed us where she used to work, Caleta – probably the best located hotel on the rock, but parts of it are in great need of TLC. And the view comes at a dear price.


From Caleta, we walked along the promenade towards La Linea. Under the dark stormy sky, the rock looked majestic and scary, an abandoned circus building added an eeriness to the area. Our next stop was food, curry! We hadn’t had a good curry for months, Clara had asked her friends where the best curry house was. Prior to our arrival, Clara had kindly asked us if there was anything we wanted to do or eat – curry was on top of the list. The Gold Indian restaurant on the Paseo Maritimo (number 59) really lived up to our expectations – it was tasty and spices for all, from mild to very hot. Ingredients were fresh and the usual suspects had their own touches. It was a well worth meal out.

After dropping our bags at Clara’s and cheeky drinks on her balcony looking over La Linea’s night time, we went out to the Irish Pub – yes, we had missed the UK... Just a little bit! We sat outside peacefully, chatting away. A few drinks later, students and young professionals were surrounding us – were we that drunk already that we hadn’t noticed them arriving, it seemed, all at once?! Getting drinks at the bar became a combat course to the sound of loud garage “noise” (it was too sacrilegious to describe as “music”!), but outside, we were in a world of our own and happy to continue on. It would have been a shame to have gone early and have missed meeting a French Jared Leto/Daniel Radcliffe lookalike – yes, quite a different mix. I must admit the Harry Potter-side didn’t come to light until we’d had a few drinks...


Waking up was quite painful... Shower and paracetamol were needed. Unfortunately, Clara’s super breakfast/lunch was out of the window for me.  Too hangover, I couldn’t have any food yet. But, I packed it away – as we were ready to hike up the rock! After a night of boozing, it was quite a steep challenge... Luckily, the weather was beautiful and so wouldn’t have asked for better views all the way up. It was hard work, but a feel-good hangover cure and definitely worth the effort. Clara’s charms worked wonders at the cable car – the ticket officer let us go down for free! Back down, it was time to say goodbye... 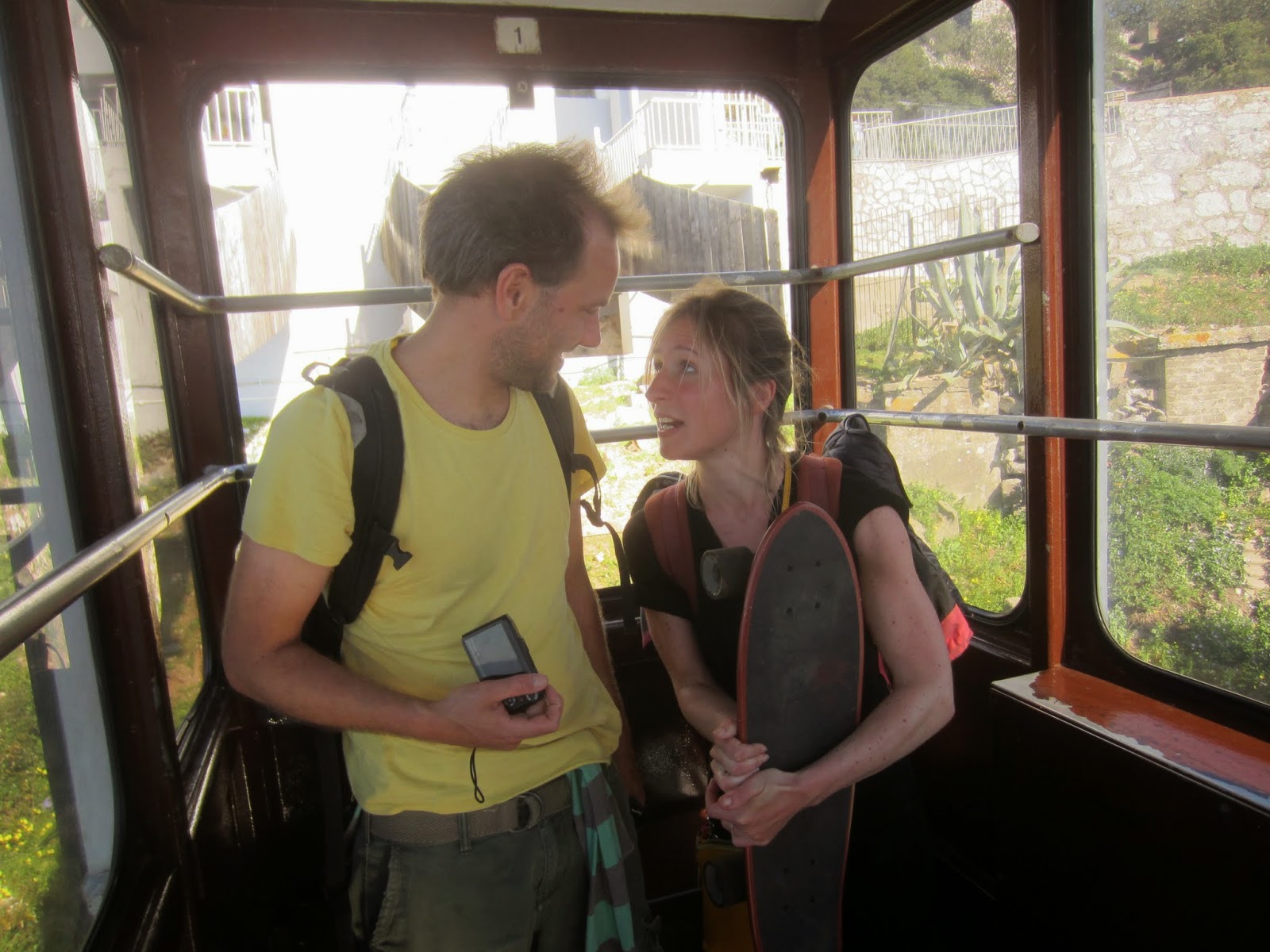 Thank you Clara for making our brief stopover in Gibraltar a wonderful one!